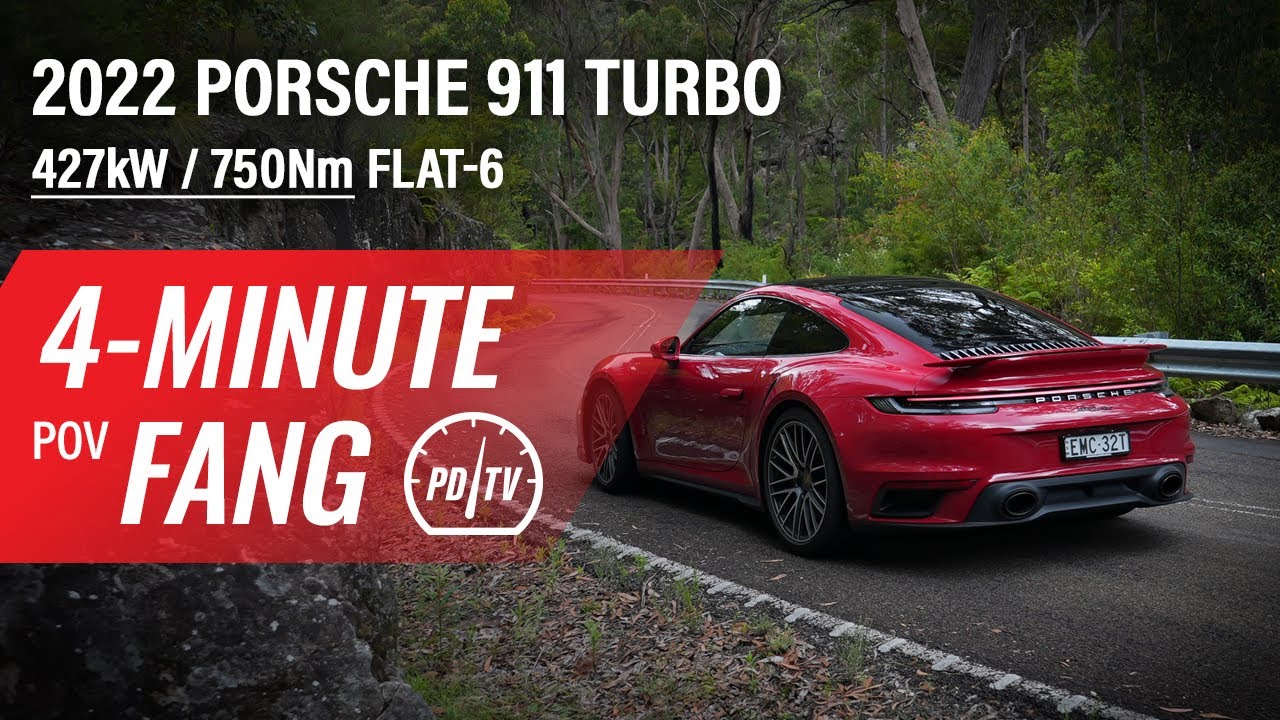 The latest 2022 Porsche 911 Turbo. What can we say? This is the epitome of super high performance road cars in our opinion. It does everything in the department of driving so well, and it’s comfortable and a bit luxurious, and offers a decent level of practicality. 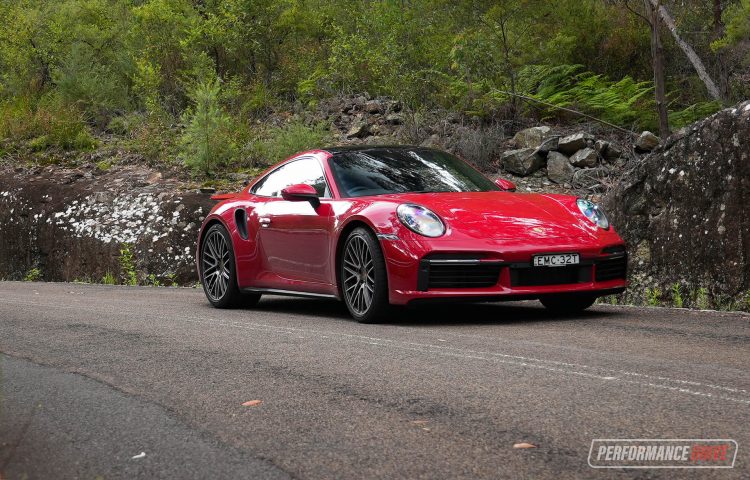 Skeptical? Well, that’s why we’ve put together another one of our ‘Four-minute Fang’ videos for you, demonstrating its breadth of performance and on-road capability. You may have heard of the term a ’10-second car’. It means cross the quarter-mile in 10 seconds or less. And this is one of them.

Yep, a showroom-fresh production car that can run the drag strip in 10 seconds. We know it can do it because we’ve done it in this very car. And it wasn’t on a specially-prepared, slick and sticky drag racing strip. It was on a private road with a fairly ordinary surface. 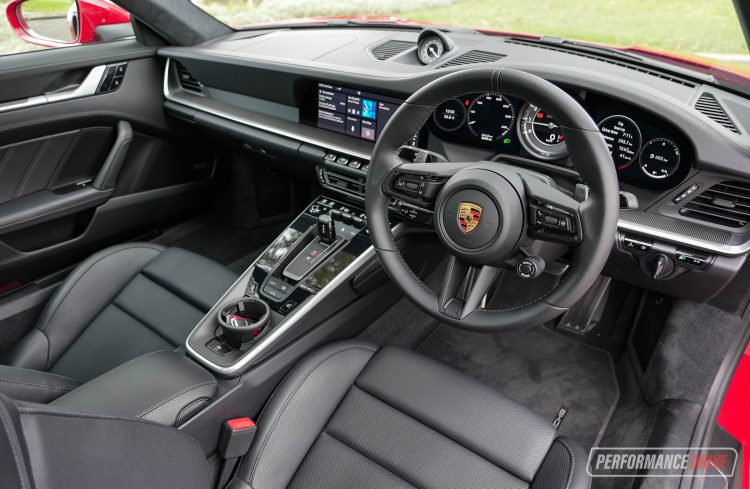 And that’s what makes the 911 Turbo such an exceptional car. You can drive it to the shops and back and there is a chance nobody will look twice, yet it is so blisteringly fast. It doesn’t scream and shout, figuratively or physically. It behaves just like a nice, well-mannered sports car.

The 3.8-litre (technically 3745cc) twin-turbo flat-six generates a whopping 427kW and 750Nm, which is sent through an eight-speed dual-clutch auto transmission. All of that grunt is accurately harnessed and distributed via an all-wheel drive system.

Through our favourite mountain road we tried to capture the performance of this machine on video for you but it is just so darn quick. You only need to squeeze the throttle for a second and it shoots up to 100km/h. In fact, Porsche says it takes 2.8 seconds to achieve that speed from a dead stop. It’s insane. And then the steering and all-wheel drive delivery is somehow both Germanic in precision but also playful and forgiving. 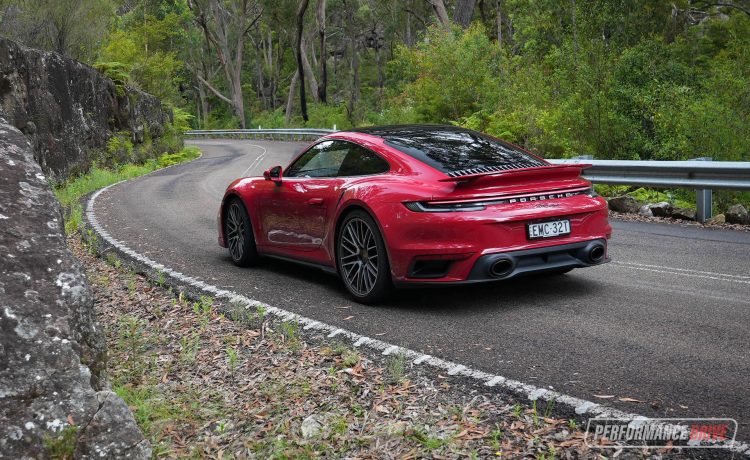 A big part of this is thanks to its relatively low tare weight of just 1599kg. That might not sound particularly light but in today’s world, with safety and luxuries brimming the scales, the figure is really impressive. Especially for an all-wheel drive car.

Anywho, we better not give too much away. We’ll save our full opinion for the review, coming soon. In the meantime you can check out our four-minute POV video below for a preview.