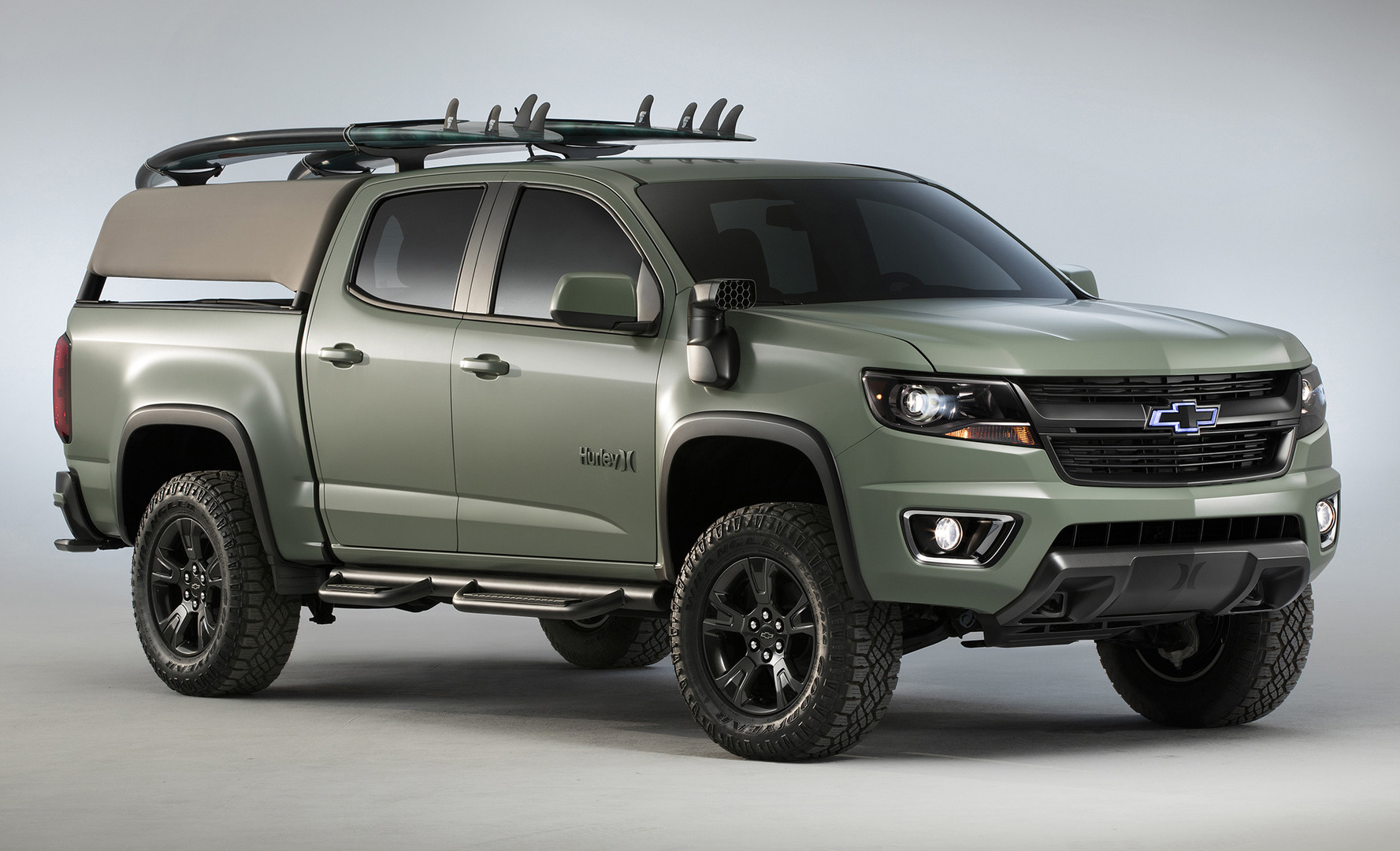 GM and renowned surf apparel brand Hurley have teamed up to build a one-off Chevrolet Colorado concept for the 2016 SEMA show in Las Vegas. 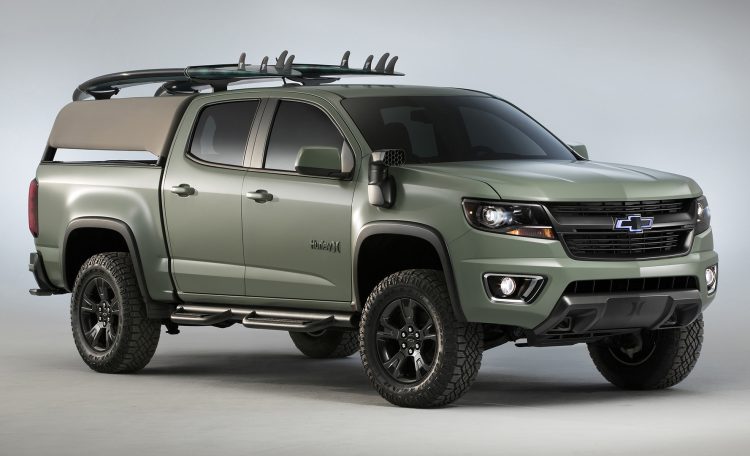 Dubbed the ultimate surfers’ pickup, the Z71 Hurley concept has a variety of accessories to make a surfer’s life easier, such as a special roofrack and rollbar arrangement that can carry two surfboards, areas to leave your wetsuit to dry and a place for drinking water. Shade over the bed area is provided by a Bimini fabric top.

The interior is upholstered in ‘ventiprene’ – a wetsuit-like material that is resistant to salt water and alleviates concerns about damaging the seats from sea water. Creative director Ryan Hurley says: “You’ll never worry about hopping in your vehicle with wet clothing,”

To get access to those prime surfing locations, the car has been given an increase in ride height, Goodyear DuraTrac tyres and spotlights. 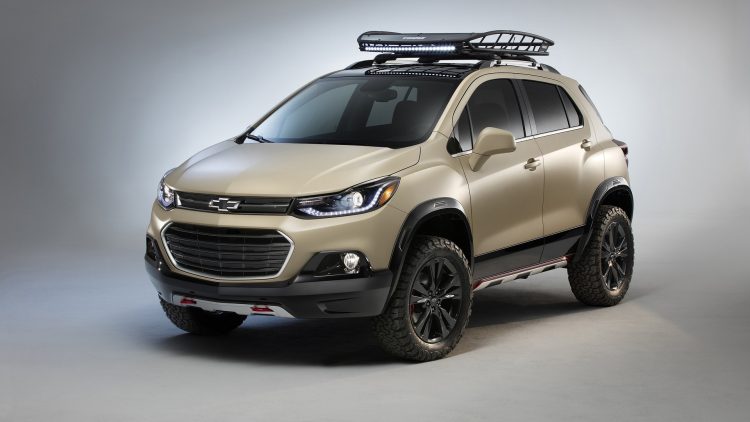 On the other end of the spectrum, the Chevrolet Trax (aka facelifted Holden Trax that arrives here in January) is not a car known for its butchness or genuine off-road capability. The Trax Active shown at SEMA aims to challenge that with a suspension lift, 18-inch wheels and angry all-terrain tyres and roof mounted LED spotlights. A Thule basket for camping and outdoor accessories also transforms an urban pretender into an outdoorsman’s best friend.

What do you think? Would you like to see either of these special editions inside Holden’s showrooms?