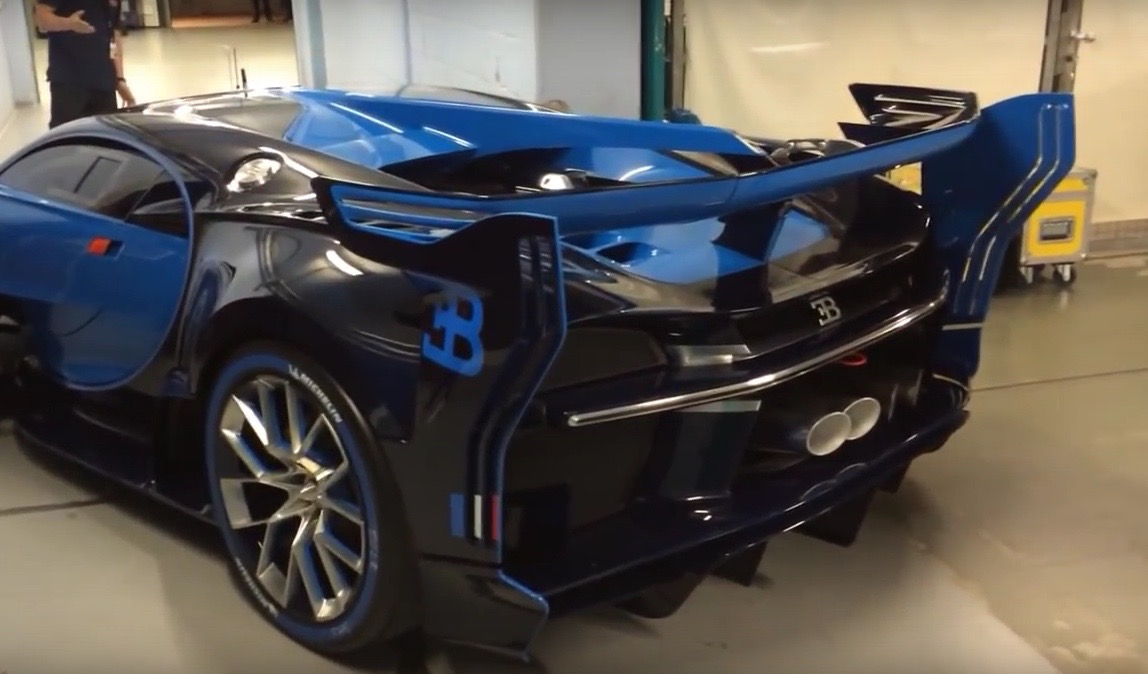 A video has surfaced online showing the epic Bugatti Vision Gran Turismo starting up, giving us a brief taste of the engine sound.

Bugatti unveiled the concept at the Frankfurt Motor Show. Even though it is designed for the virtual world in the form of a Gran Turismo 6 play car, Bugatti decided it would be a good idea to build a real-life version. And we’re glad it did.

Specifics were never mentioned on the engine other than the fact it is a W16, likely just like the one used in the Veyron and Veyron Super Sport. Output figures are unknown, however, when you hear this thing idling you just know it produces mega figures. Click play below.