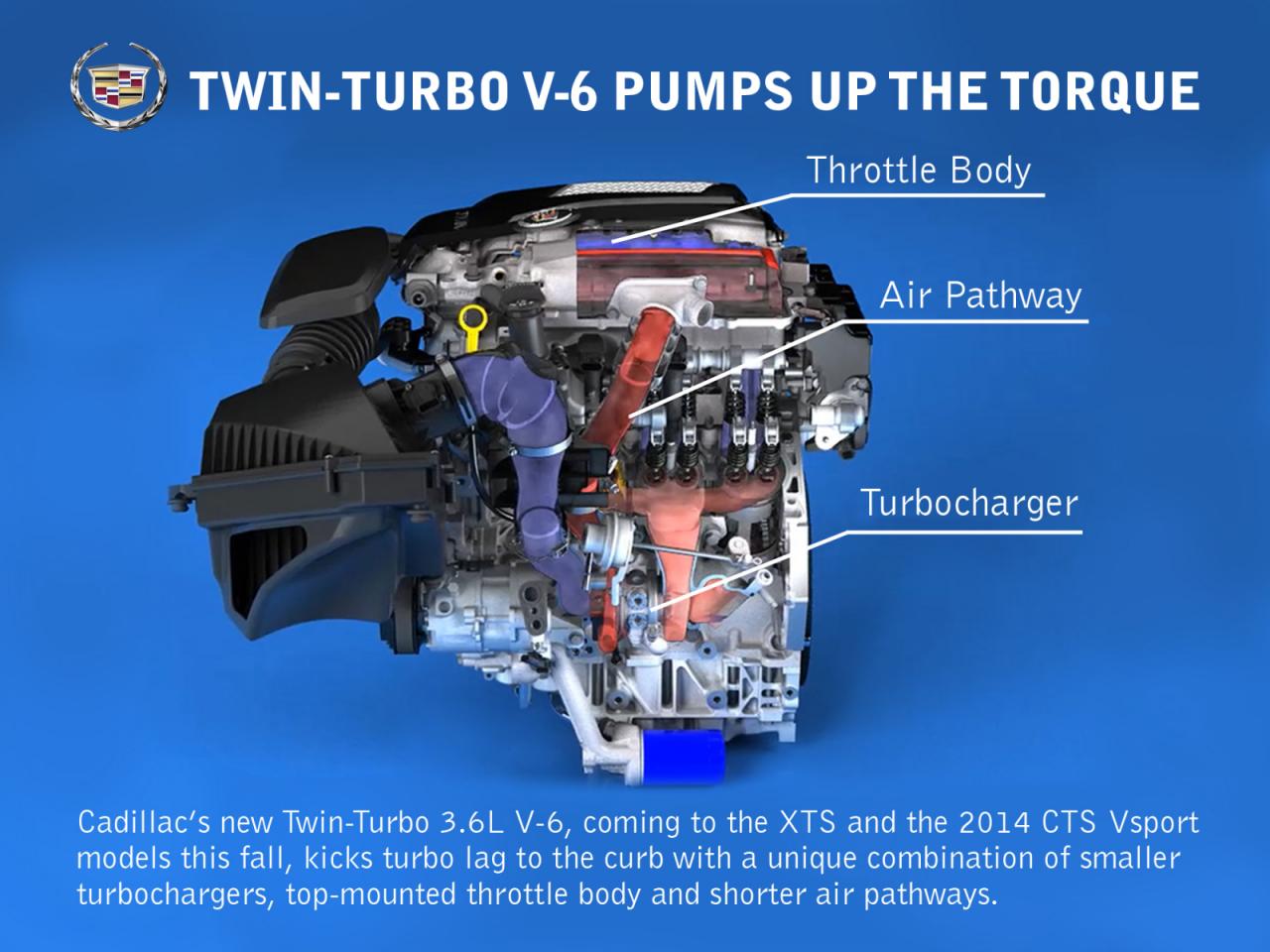 Although it’s not destined for the Australian market any time soon, Cadillac’s new 3.6-litre twin-turbo V6 is an interesting look into what could potentially power a future Holden vehicle. The new engine has been created for the upcoming CTS Vsport and XTS Vsport. 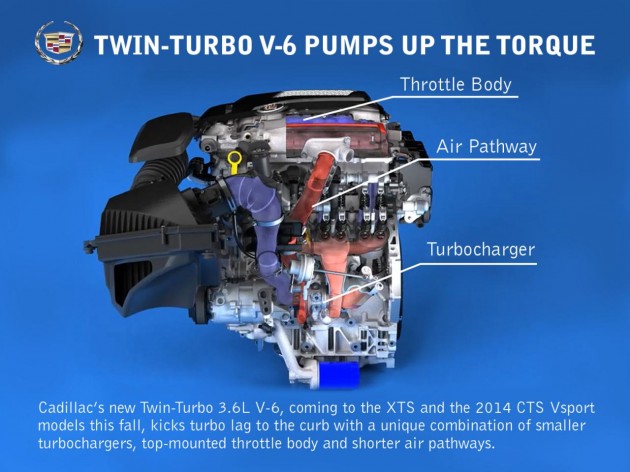 The engine produces a very healthy 305kW of power or up to 313kW in the XTS, and 500Nm or 583Nm in the XTS. These are some impressive figures for a V6. Efficiency and performance are further bolstered by a new eight-speed automatic in both models.

Cadillac vehicles are drastically improving, especially over the past few years, with the high performance CTS-V V8 showing the Europeans that the US can also make a fine sports sedan.

Likewise, the new engine has been developed with a clear focus on efficiency and innovation to give the CTS and XTS a competitive edge over their European rivals.

Engineers have come up with new methods to eradicate turbo-lag, including a top-mounted throttle body, smaller turbochargers, and overall shorter pathways for the intake air to travel. It also does without an ordinary intercooler arrangement to further reduce airflow distances.

Instead of an air-to-air intercooler, the engine uses a unique water-to-air cooler that offers 80 per cent cooling efficiency and only around 1psi of airflow restriction. Cadillac says that airflow routing is reduced by more than 60 per cent compared with a conventional setup. Richard Bartlett, Cadillac assistant chief engineer for the new engine, recently said,

“By creating a very short path from the turbos to the throttle body, the compressors are able to draw air directly from the inlet box and send pressurised air through the intercooler immediately. This gives the driver a more immediate feeling of power on demand.”

With the use of smaller turbochargers, a top-mounted single throttle body, and short pathways, peak torque is available from as low as 1900rpm and up to 5600rpm. This provides an ideal range of accessible grunt, which would be perfect for that cross country blast.

Obviously, it would be great to see this engine make its way over to the Australian market some day – a future Commodore perhaps or a Cadillac brand introduction? Unfortunately, there are no plans.

In the US, the 2014 CTS Vsport and XTS Vsport will go on sale during the third quarter of this year.

Click play below for further insight into the interesting unit.