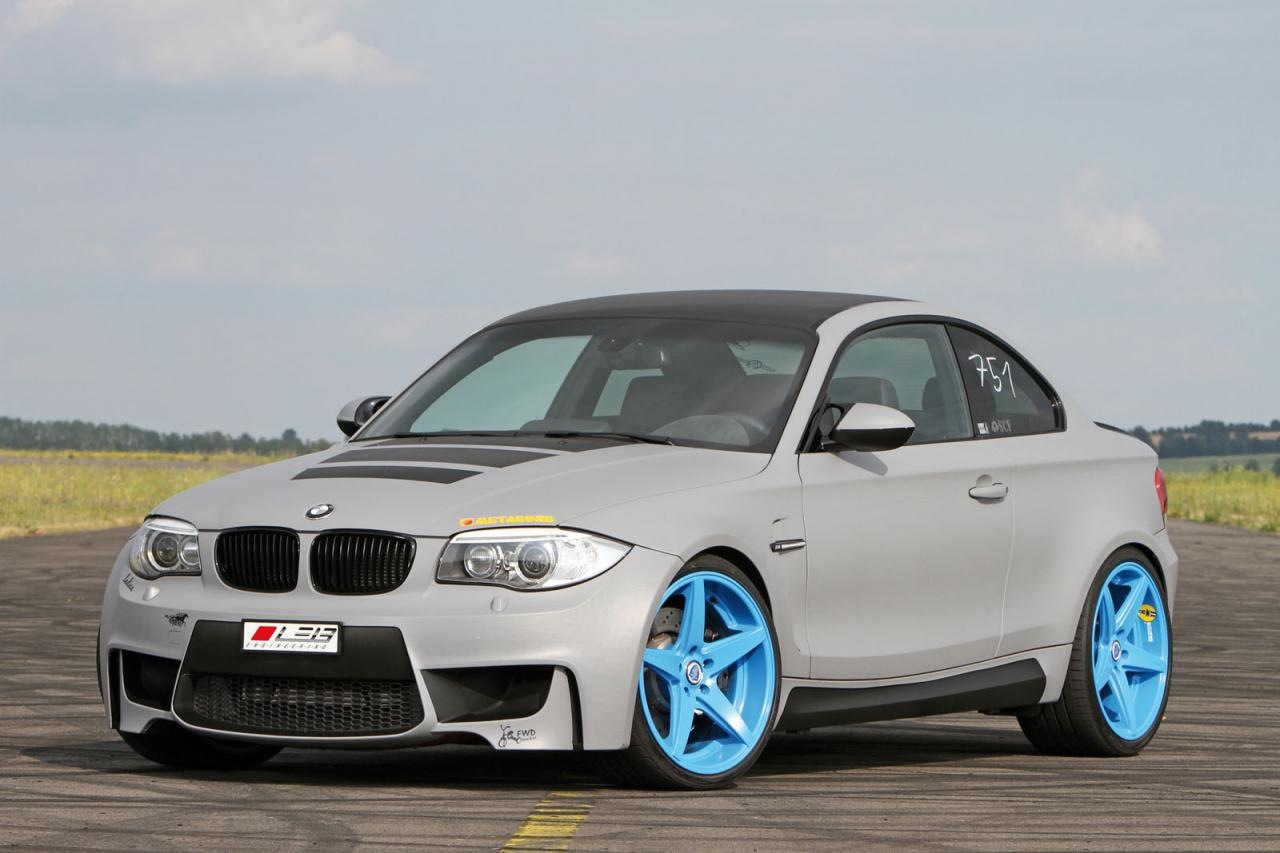 If you’re after an extremely quick and very agile driver’s machine, with air conditioning, LEIB Engineering has come up with a package that might be of interest to you. Based on the BMW 1 Series M Coupe, the car stands out both visually and mechanically. 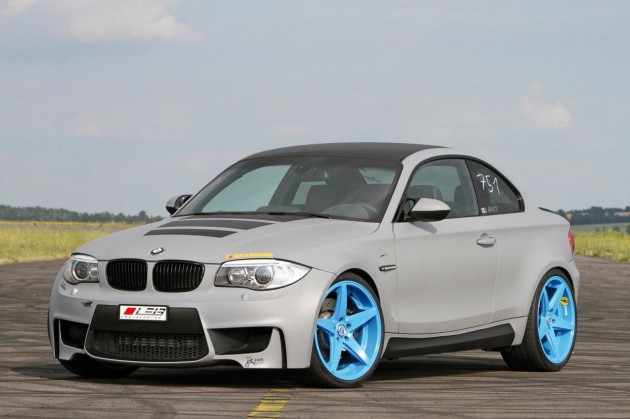 We’ll get the obvious stuff out of the way first. For the styling, LEIB has gone for an Alpha-N carbon fibre rear diffuser for that chunky and aggressive look, and a new carbon fibre boot lip spoiler to match. There’s also Bilstein sports suspension underneath for a neat stance. Other than that, it’s all down to the colour combination.

The 20-inch Bavaria BC5 Concave wheels are finished in a bright aqua blue, while the body dons a matt grey wrap featuring unique cross-hatch print around the front. Various details are highlighted in black, such as the front intakes and side skirts, to give it an all round two-tone look – contrasted by those wheels of course. 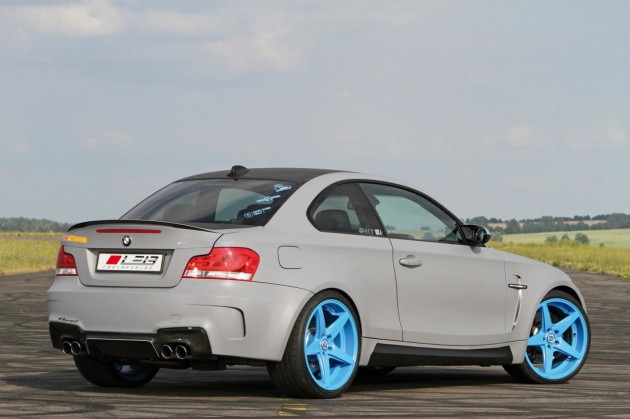 Under the bonnet is where things get even more interesting. Using the cracking 3.0-litre turbocharged inline six engine, which produces 250kW from factory, LEIB has come up with two different tunes.

The first tune involves recalibrating the engine computer for optimum air and fuel flow, with a Supersporint exhaust system to allow the micro M to breathe easier. As a result, the power output is taken to 298kW and torque is lifted from 500Nm (overboost) to 560Nm.

If that’s not enough, LEIB can also fit new turbochargers, a custom intake setup, and an overhauled cooling system. A full exhaust is also fitted. The overall result is a whopping 442kW and 600Nm. LEIB says this enables the 1 Series to soar on to a top speed of 306km/h.

Considering the standard car is able to smash 0-100km/h in 4.9 seconds, we’d be betting this package could annihilate the sprint in very low 4s or even dip into the 3.0-seconds range.