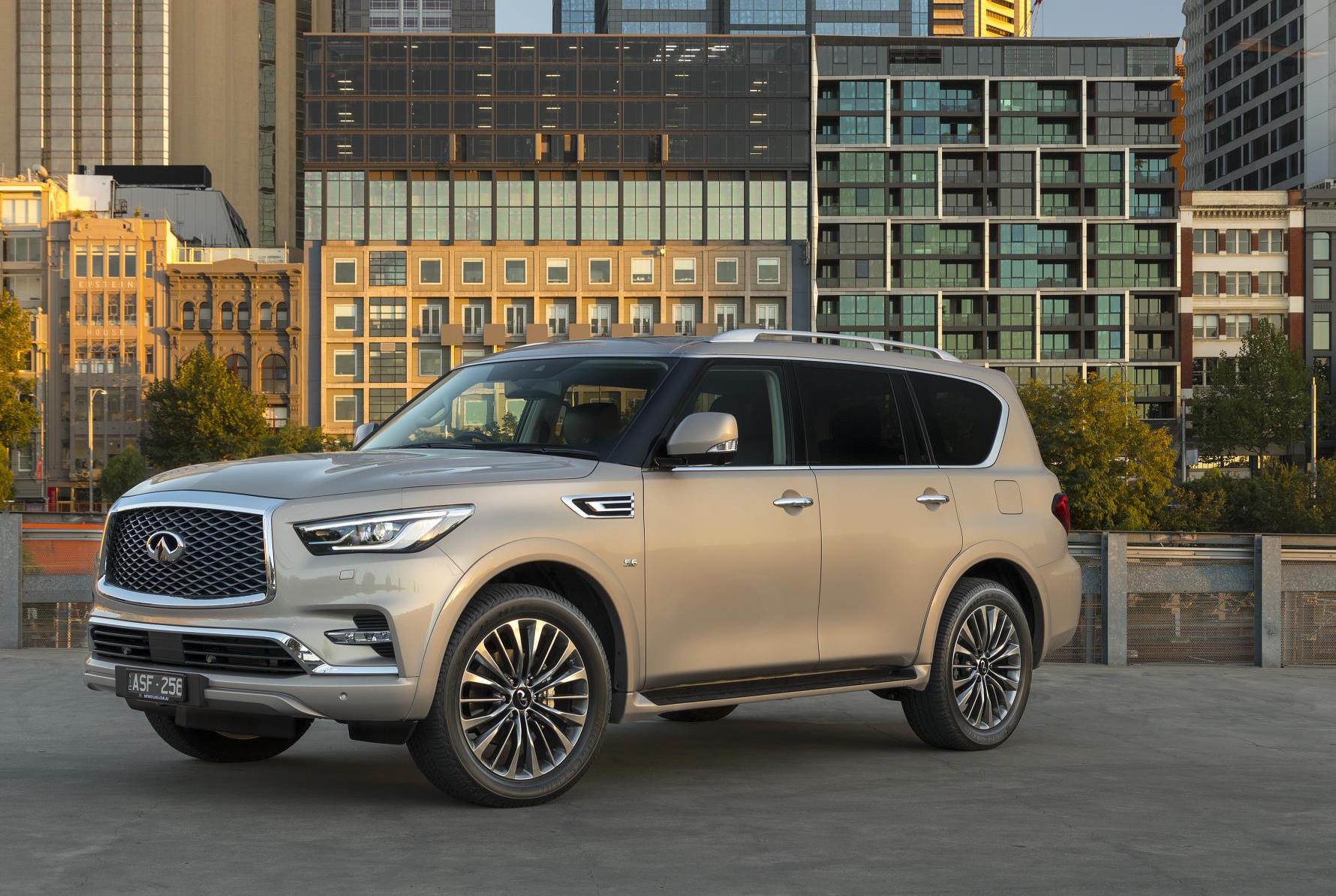 The updated Infiniti QX80 has touched down in Australia – or should we say stomped down with its humongous, rhinoceros-like appearance – bringing in an updated exterior design and improved technology. 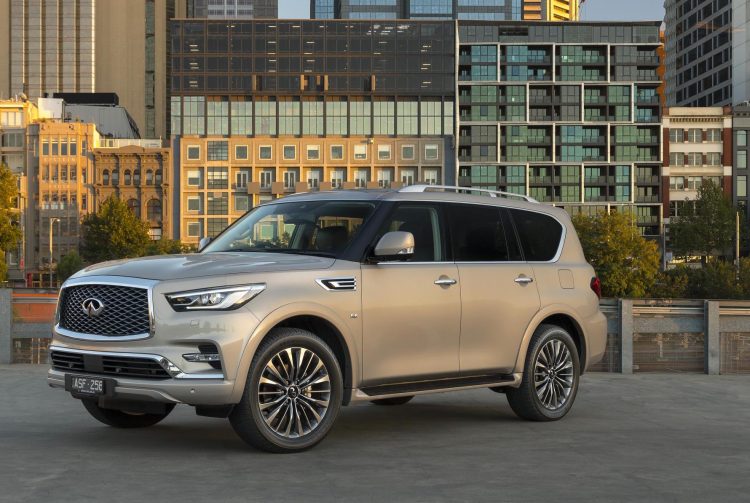 While the outgoing model had a face only a mother could love, the new model seems to be better proportioned. The bonnet is 20mm higher and extended by 90mm, and the grille is taller and broader for a wider overall stance. There’s also some new LED headlights with in-built LED daytime running lights.

In other areas of the design Infiniti has implemented a new tailgate and taillights, revised the chrome trimmings, and the side air vent and front quarter panels have been moved so the shoulder character line runs higher. The side steps have also been extended out by 20mm for easier access and exit.

Taking a step into the vast interior you’ll notice the premium character is turned up a few notches, with leather everywhere and woodgrain trimmings that Infiniti describes as offering an “old-school charm”. The instrument cluster, door panels, and the main console have be redesigned somewhat for a more modern look. 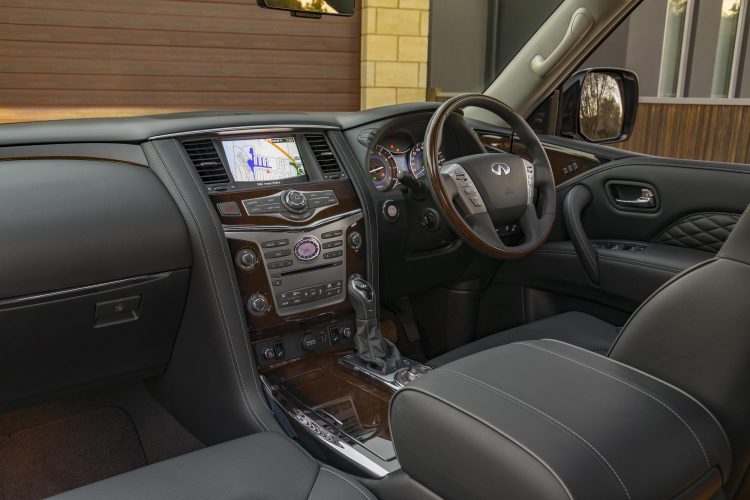 “The Infiniti QX80 offers a perfect blend of power, performance, luxury and safety – all key Infiniti brand attributes. Whether it’s the commanding exterior design, luxurious interior, or the abundance of advanced safety technologies, the Infiniti QX80 is the ideal vehicle for active families who want a premium drive experience every time they open the door.”

Power comes from one of the nicest (in our opinion) naturally aspirated V8s on the market. It’s a 5.8-litre unit that belts out 298kW and 560Nm. This is connected up to a seven-speed automatic with all-wheel drive. Drivers can select between various driving modes for off-roading, and enjoy the plus/minus-style manual gear selection mode.

The new model is on sale now with prices starting from $110,900 (excluding on-roads), which is unchanged from the previous model. Head over to our review of the outgoing QX80 for more reading and for our 0-100km/h & engine sound video to see how this beast hustles.