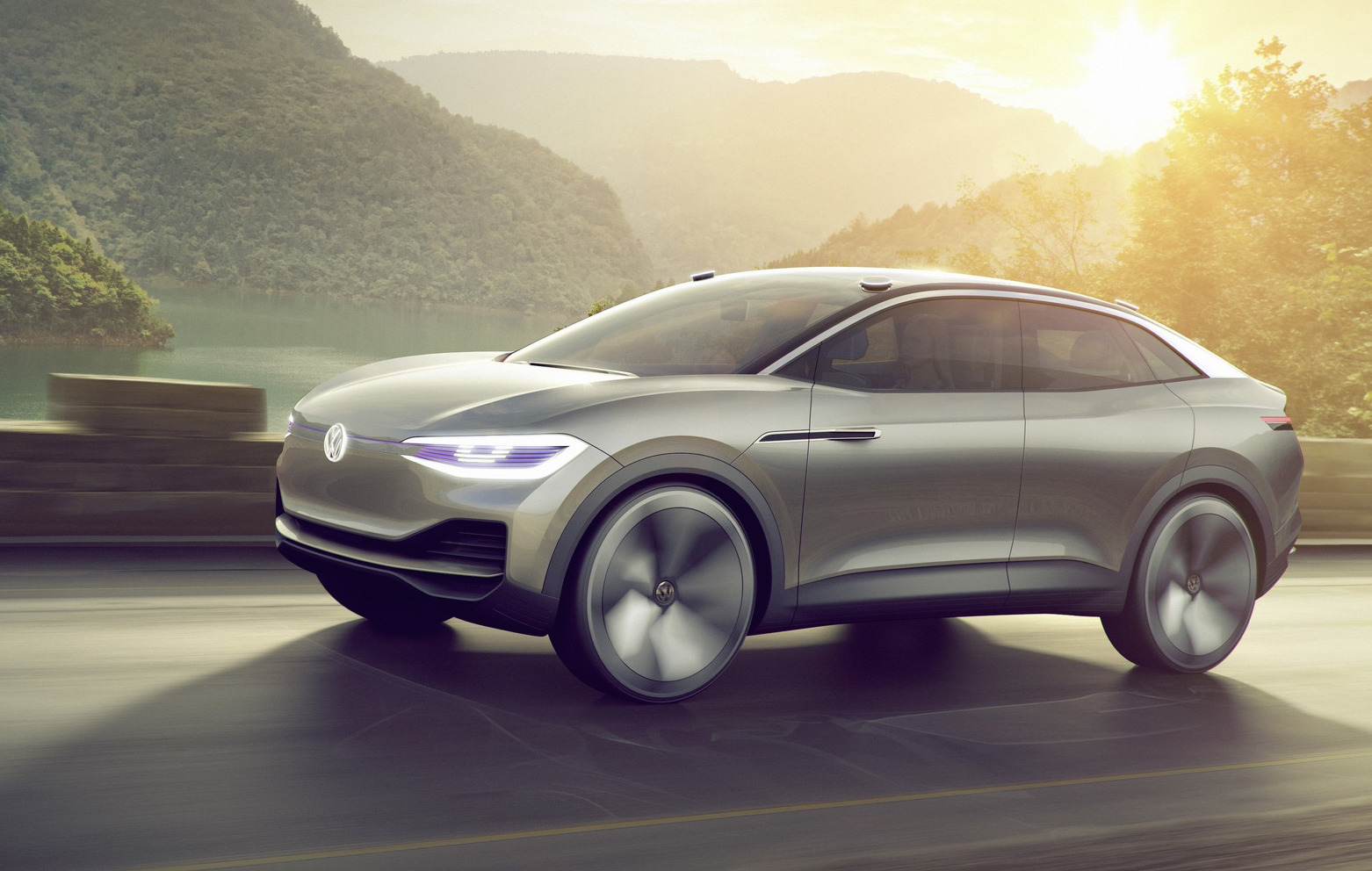 Just as its Czech outpost Skoda showcases an electric crossover coupe concept at the same event, Auto Shanghai 2017, Volkswagen has pulled the drapes off its interpretation called the I.D. Crozz. 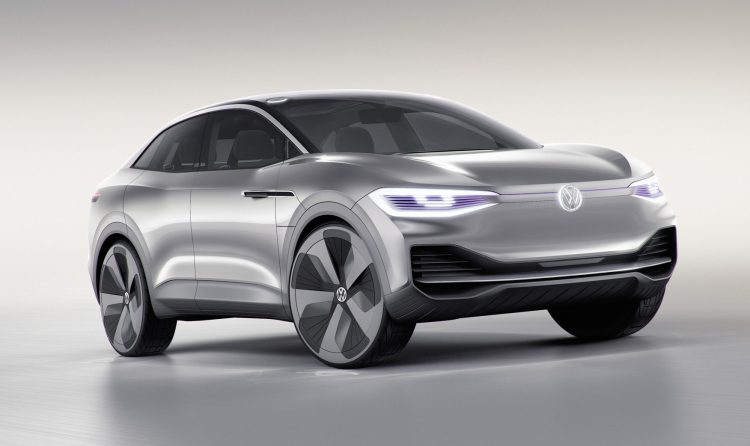 The third concept in the I.D. series to preview an upcoming production car, it follows the I.D. hatchback, and I.D. Buzz that pays homage to the Kombi Type 2. Like the Skoda Vision E, it summons motivation from a 225kW pair of electric motors, can sprint to 100km/h in less than 6.0 seconds and travel up to 500km on a full charge. Top speed is 180km/h.

Design language mirrors earlier I.D. concepts, with similar front and rear LED treatments and blue lighting. The Crozz has a very sculpted body side, with muscular rear haunches and lower scallops on the doors. The silhouette is a cab-forward one, with the flat floor said to give as much interior space as the seven-seat Tiguan Allspace, despite the coupe roofline.

As for its likelihood to reach production and when, chairman Herbert Diess mused: “If it was ever possible to make a one hundred per cent certain prediction of what the future will look like, it is achieved here. We are showing with the I.D. Crozz how Volkswagen will be transforming the roadscape from 2020.”

The I.D. Crozz will be shown at Auto Shanghai, which is open to the public from April 21.