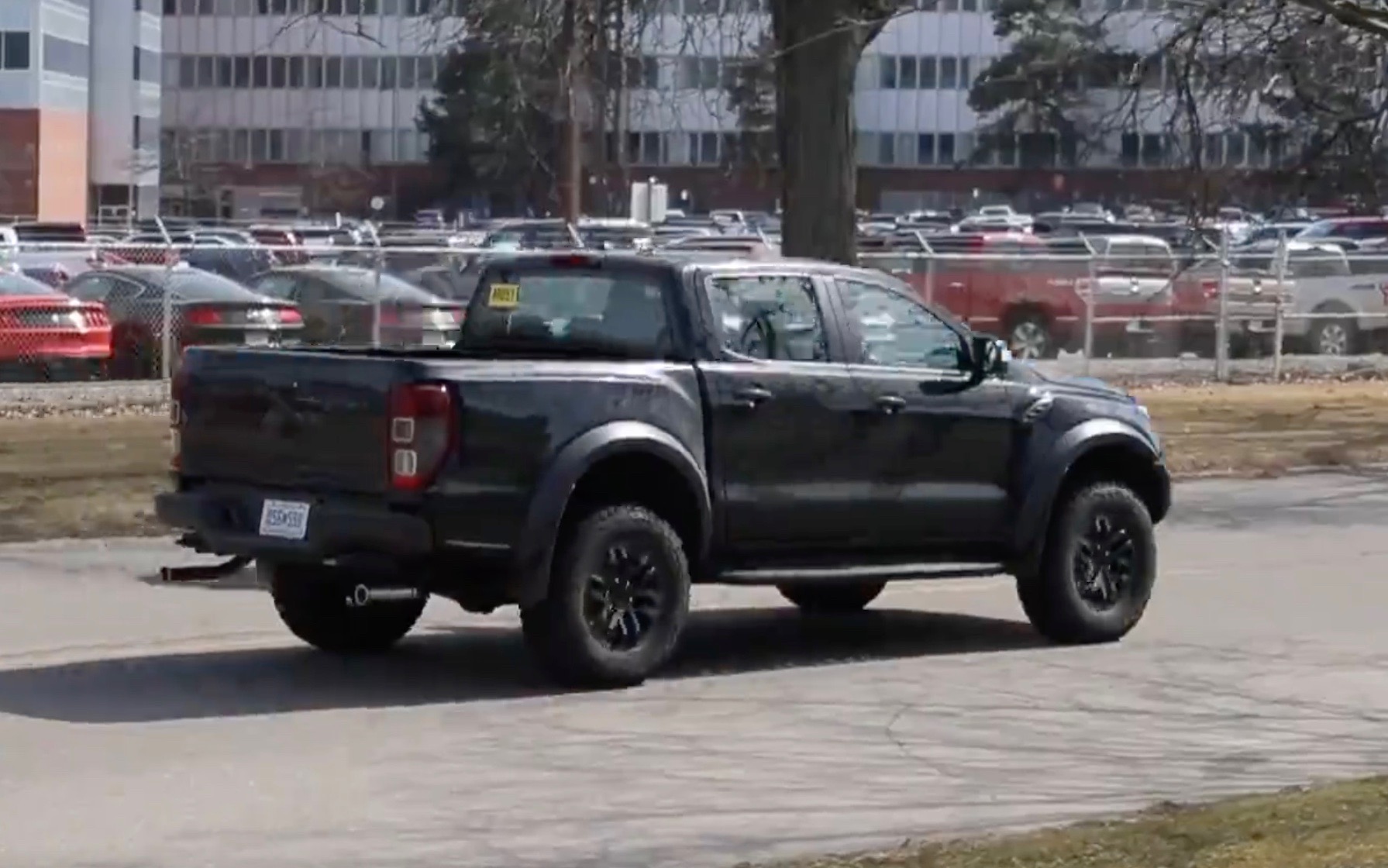 It seems Ford could be thinking about introducing a powerful, V6 petrol version of the Ford Ranger Raptor. What makes us say this? Well, a mysterious prototype was recently spotted in the US doing some testing. 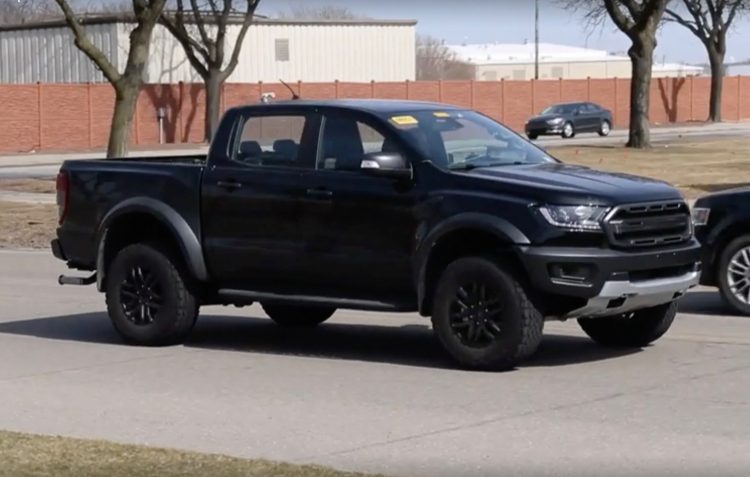 Ever since the Ranger Raptor was launched last year, some have been disappointed that it comes with the regular diesel engine that’s available in most of the regular Rangers. In other words, it doesn’t come with a hotted-up unit like what is seen in the F-150 Raptor, compared with the regular F-150.

This could be about to change. A prototype was recently spotted near Ford’s home in Detroit, displaying a number of interesting clues. The biggest visual clue is a set of twin exhaust outlets at the back. The current Ranger Raptor (pictured below), with its 2.0-litre twin-turbo diesel four-cylinder, uses a single-outlet system which ends just in front of the diff (you need to get under the vehicle to see it). 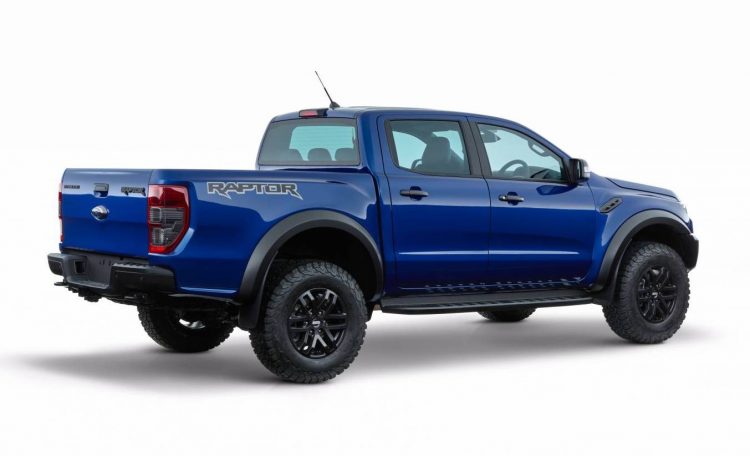 Now, we do have to clear a few things up. The regular Ranger is sold in the US market, but it is a bit different to the ‘T6’ Ranger that’s sold in Australia. It is based on the same platform as ours, but Ford in the US has modified it. It uses beefier chassis rails to accommodate a higher payload, and the wheelbase is around 6mm longer. The design is also slightly revised, albeit heavily inspired by the version sold in Australia (below, Australian number plates). 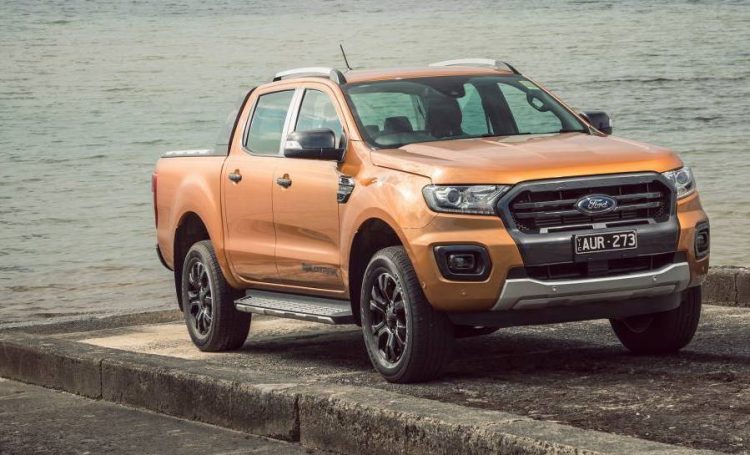 And here is where things get really complicated. Although the Ranger is sold in the US (pictured below), the Ranger Raptor is not. This is mainly because its customers are offered the F-150 Raptor, which is already an extremely popular model there. So, what we could be looking at here is a Ranger Raptor that’s destined for the US market, or, a new Raptor featuring a potent petrol engine destined for markets outside the US, such as Australia. 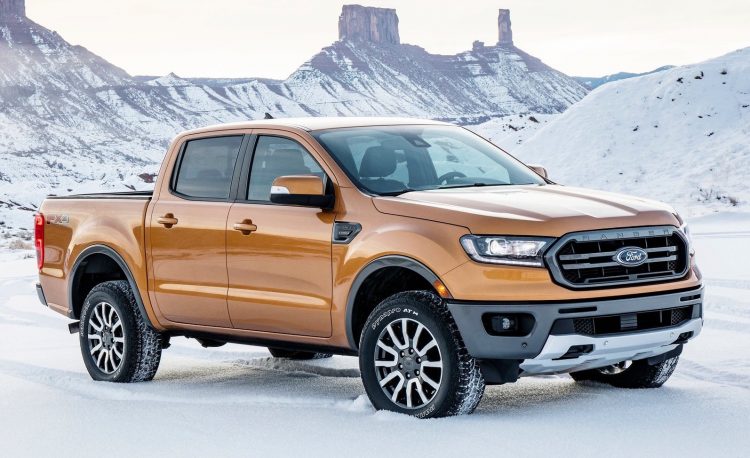 Making things more complicated is the fact this prototype appears to feature some Australian-spec details. At the front is the separated steel bumper bar like what is seen on the US-spec regular Ranger (above). However, a split bumper bar is also used on the Euro- and Aussie-spec Raptor (below). 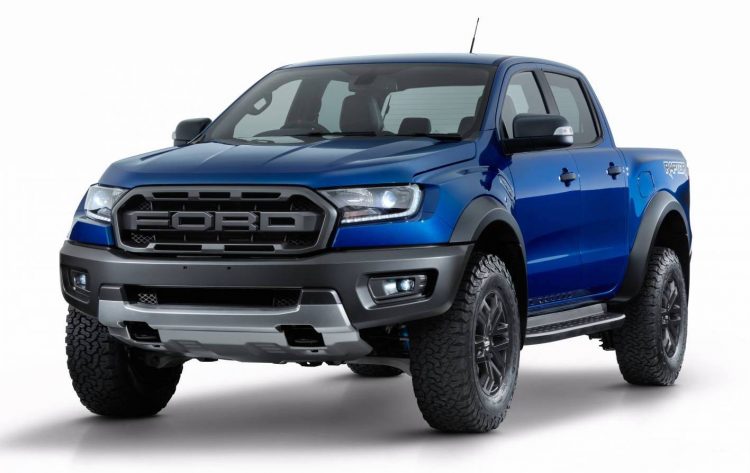 At the back, the tailgate doesn’t appear to feature the integrated lip spoiler of the US model (below, Australian version immediately below it). On the US model the tailgate also features the word ‘Ranger’ imprinted into the main panel, unlike in Australia where the word is just a decal. 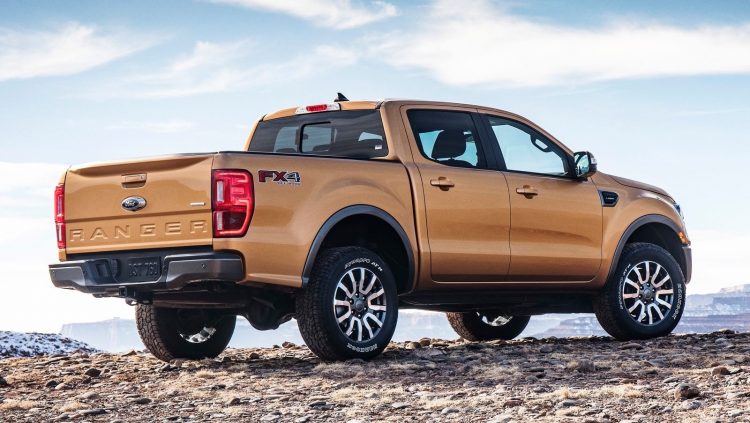 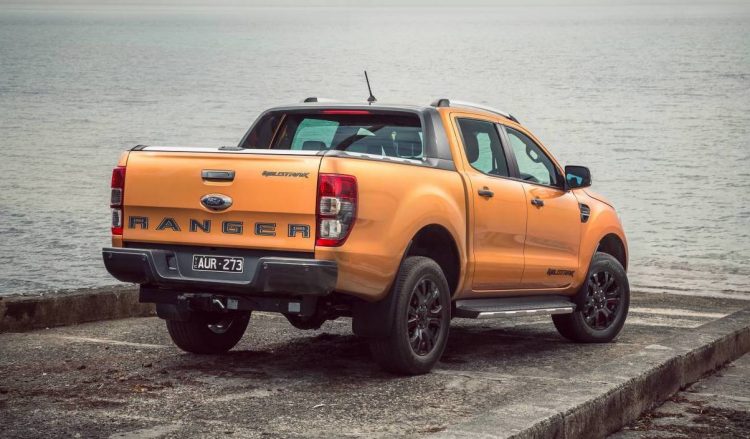 Following so far? We know, this one is a mystery. According to the guys who shot the video the prototype gave off a distinct petrol-powered engine note. More specifically, a six-cylinder note, according to Motor1 where we first found the video.

This could be very exciting for ute fans in Australia. If Ford is indeed planning a petrol engine option, it could come in as the most powerful engine in the class. The regular Ranger in the US is available with a 2.3-litre EcoBoost four-cylinder turbo-petrol four-cylinder that produces 201kW and 420Nm. This would be the easiest unit to slot in, obviously.

Up from this, Ford engineers could be considering the uprated version of this engine, seen in the Mustang and Focus RS. In those the engine produces 231kW and 257kW, respectively. However, our gut feeling is that these states of tune might be too highly strung for the heavy-duty off-roader.

The other option is of course the 2.7-litre EcoBoost twin-turbo V6. Now this could be a nice option. The engine is offered in the US in various states of tune, including in the Ford Edge Sport where it produces 235kW/475Nm, the Ford Edge ST where it generates 250kW/515Nm, and the F-150 where it develops 242kW/508Nm. Let’s hope Ford decides to go with this 2.7 twin-turbo. 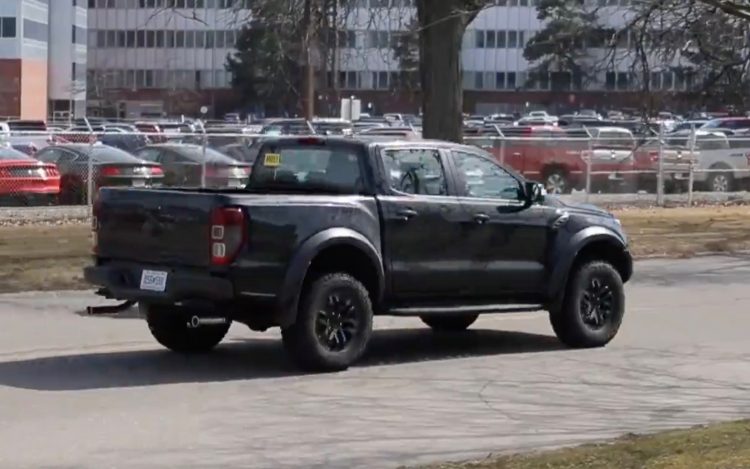 As mentioned though, this is quite a confusing one and nothing is official. There is every chance Ford is simply preparing a Ranger Raptor for the US market.

There is also the chance the prototype is simply a mule for engineers to test an all-new powertrain for the future, and just using the Ranger Raptor body as a decoy. A similar thing could be done for testing a future platform or suspension setup, such as for the upcoming Ford Bronco.

What do you think, would you like to see a Ranger Raptor with a potent petrol engine? Click play below for a (very short) sneak peek.