SRT has revealed the new 2013 SRT Viper GTS Launch Edition; a special model that pays respect to the iconic predecessors. It wears a traditional blue exterior with two white stripes running down the middle. 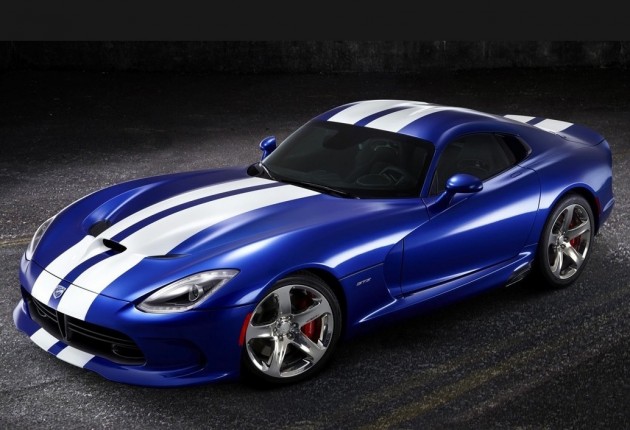 Power comes from the same new 8.4-litre V10 engine as the normal 2013 Viper, producing a whopping 477kW of power and 814Nm of torque. The unit is matched up to a six-speed manual transmission which sends power into a limited-slip differential at the back.

As previously reported, the Viper is no longer called a ‘Dodge Viper’. It’s simply the SRT Viper now as Dodge aims to separate the branding to reiterate its performance personality.

For the Launch Edition, SRT is planning to produce a limited number for the market. These are likely to be hot favourites and desirable future classics. 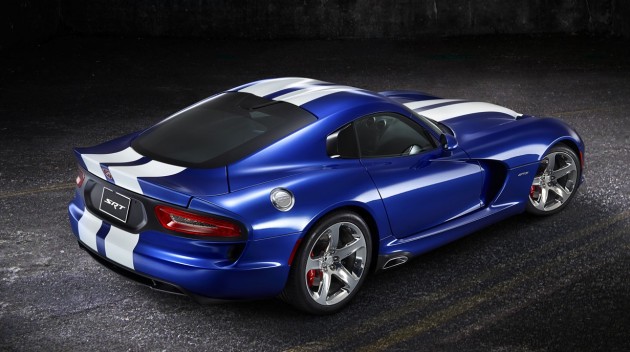 Other unique features for the Launch Edition, other than the colour scheme, include a set of five-spoke forged alloy wheels, a special interior with black ‘Laguna’ leather and Alcantara trim, a build number plaque on the dash, and the ‘Stryker’ badge with a blue background.

The GTS Launch Edition with make its public debut at this weekend’s Monterey ‘The Quail: A Motorsports Gathering’ event.

This is definitely a car for the dream-car garage, don’t you think?