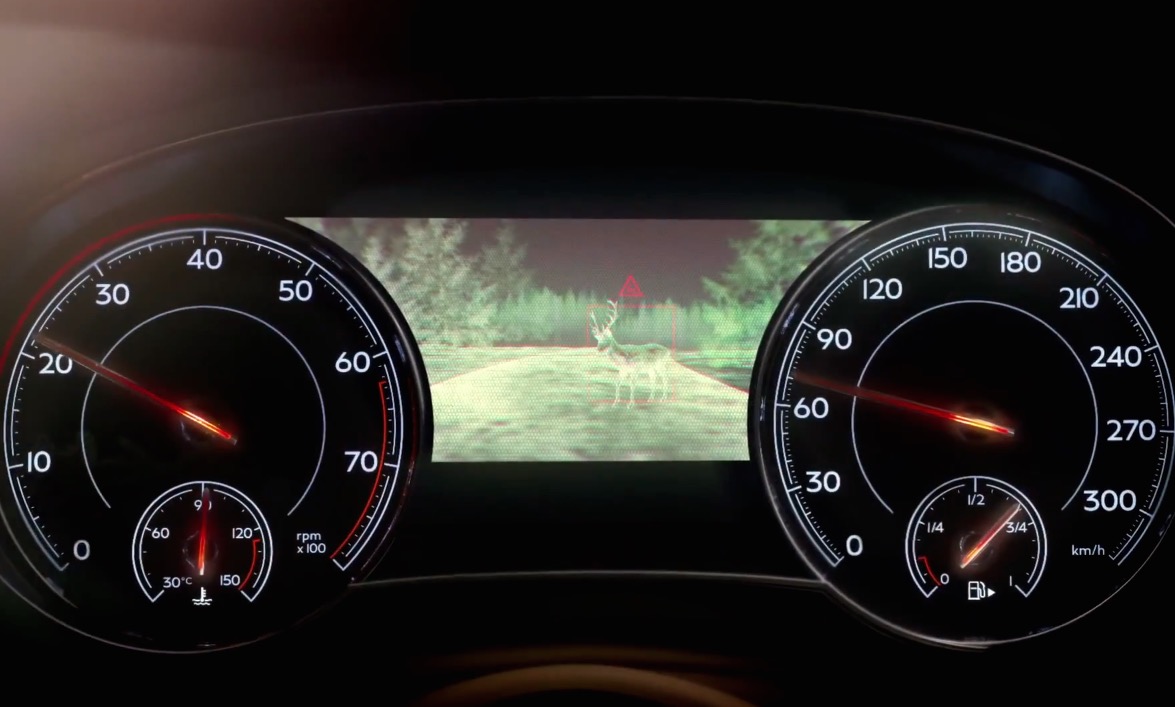 Bentley has released another teaser of its upcoming SUV, called the Bentayga. This time we get a sneak peek of the exquisite interior and some of the technologies. 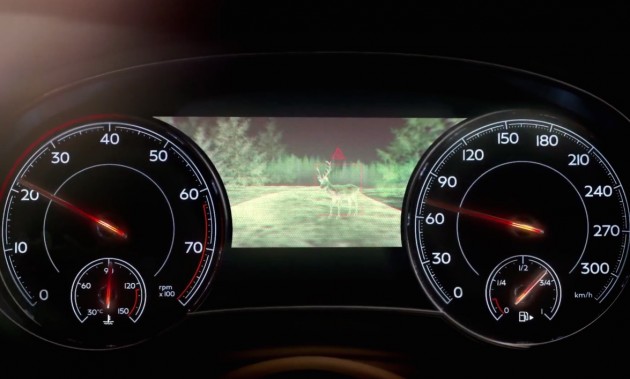 The new Bentley Bentayga is set to be the epitome of SUV luxury, showcasing everything there is to offer from Bentley – and parent company Volkswagen Group – in terms of luxury motoring. It looks like the interior will also show off some very cool technology features.

Take the start button, for instance, it’s touch-sensitive so you need only brush the surface to get the SUV’s pulse thumping. There’s also driver selection modes circling the start button, offering some clever off-road driving programs. These suggest the Bentayga will be quite a serious off-road performer.

In the video you also get to see an advanced night vision system working its magic, as well as a comprehensive head-up display system. Bentley seems to be hinting at automatic braking technology too, potentially some sort of city safety system.

Of course, the cabin is dressed in lots of animal skin, high-grade aluminium surfaces and plenty of wood veneers. We can expect power-operated everything, include reclining rear seats.

As for the under-bonnet stuff, Bentley is still yet to confirm powerplants. It’s believed the SUV will be offered with the choice of at least two engines though, including the company’s 4.0-litre twin-turbo V8 and W12 units, both seen in the current Continental GT. There has been talk of a hybrid joining the lineup too.

So, what have we learned from the latest teaser? Well, it will be one of the most advanced SUVs around by the looks of it, and it seems Bentley is rather proud of that. The company says, “We don’t just see technology. We feel it.”

A full debut is expected later in the year, with market entry kicking off in 2016. It will battle with the likes of the Porsche Cayenne, upcoming Aston Martin crossover, and any super-luxury SUVs that BMW and Mercedes-Benz might be planning.