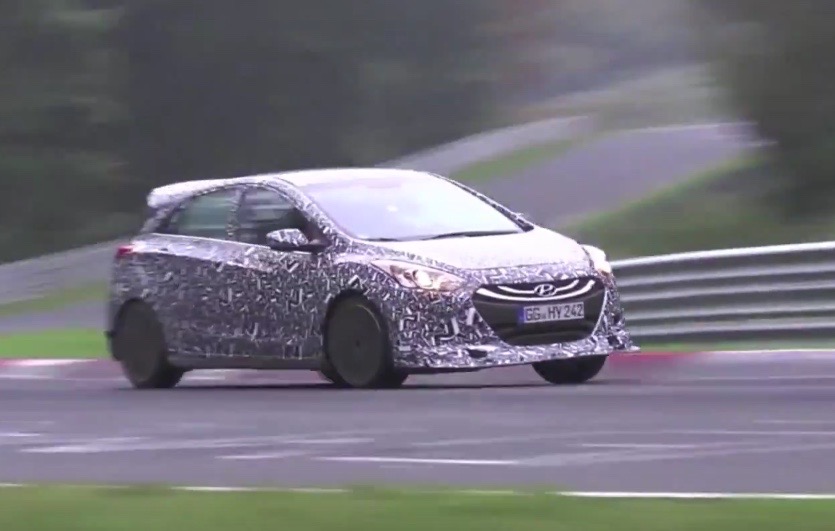 Hyundai has been spotted test driving a prototype version of its upcoming hot hatch, dubbed the i30 N, cutting some laps on Germany’s Nurburgring. 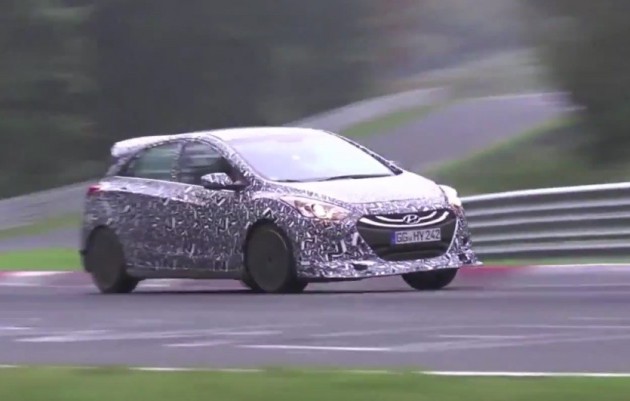 Industry experts are calling it the “i30 N” because it is being developed under Hyundai’s N performance division. The division has been set up to manage the R & D of its motorsport projects and upcoming production sportscars.

Interestingly, the person in charge of N division is BMW’s former M division boss Albert Biermann. Like BMW M, Hyundai’s department will be responsible for transforming some Hyundai and Kia models into proper sportscars.

What can we expect for the i30? Well, as you can see on this five-door prototype there does appear to be an aggressive bodykit, with an extended lower front spoiler and a big lip spoiler at the back.

Underneath it all is expected to be a comprehensive suspension overhaul with sports dampers and lowered sports springs put in place, all tuned to offer greater driving dynamics and precision.

Details regarding the engine are still quite hazy at the moment, but a form of the company’s latest 1.6-litre turbocharged four-cylinder seems the most likely option. Output is already around the 130kW mark, with the N version likely to be nudged up to around 160kW to at least match the class benchmark; the Volkswagen Golf GTI.

In Australia the sportiest i30 on the market is the SR. It comes with a naturally aspirated 1.6 producing 130kW and 209Nm. With a turbocharger on board torque will be the key figure in lifting overall performance.

Market entry for the i30 N is expected to take place some time next year. Click play below for a preview.