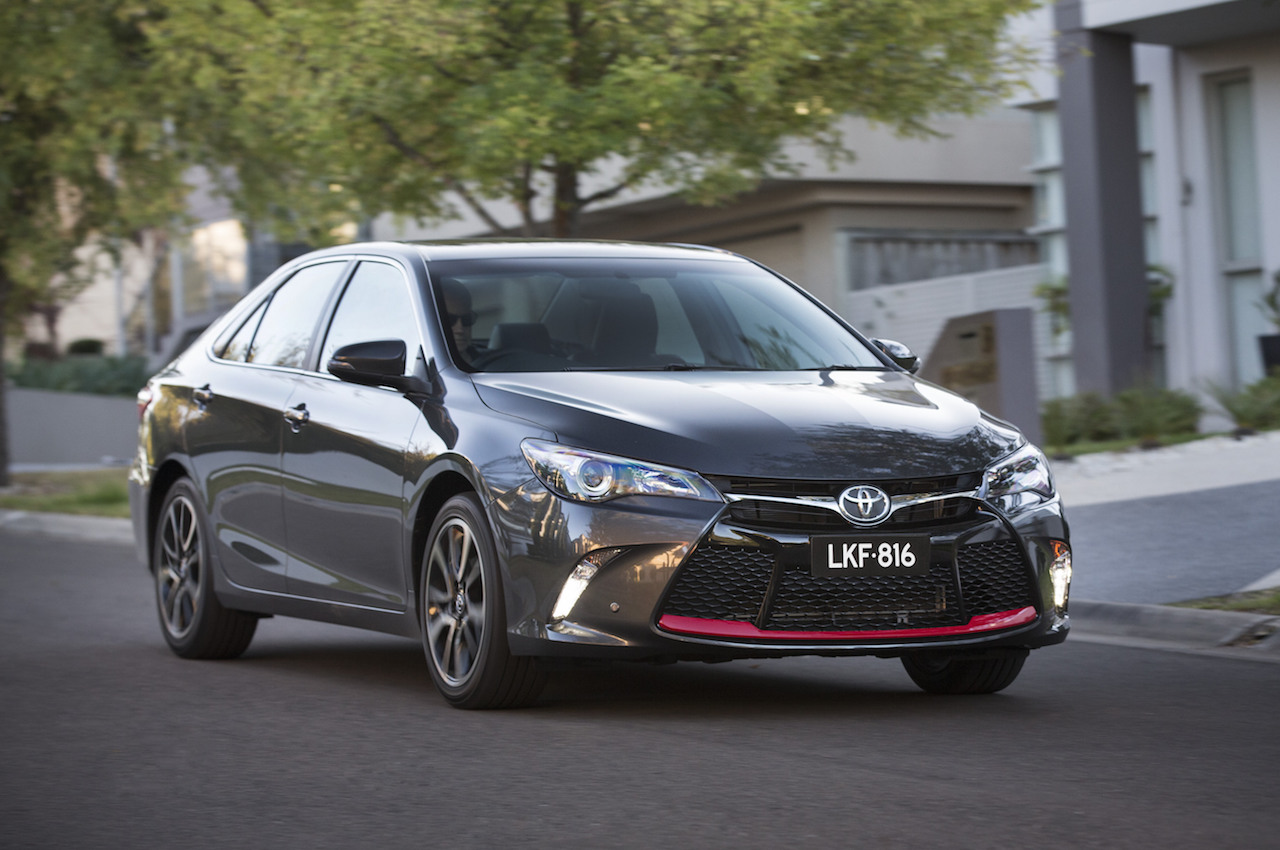 Toyota has announced some light revisions for the 2016 Camry. Despite Australian production coming to an end in the next 18 months, Camry continues to sell very strongly, ruling the medium car sector at a 40.6 per cent market share year-to-date. 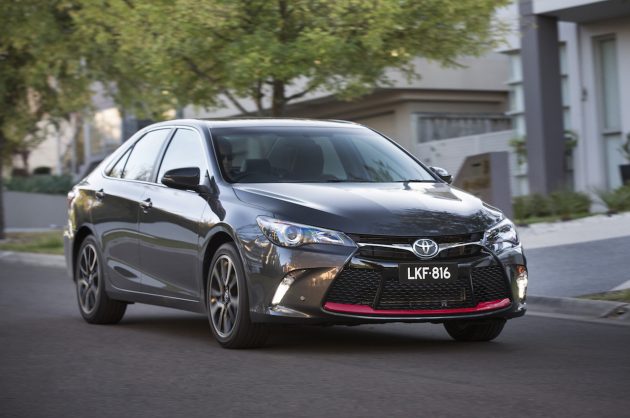 The sporty-flavoured Atara SX receives the most extensive changes in the lineup, which also sees a $1500 price creep. It gets new 18-inch alloys as well as red accents to make it look sinister like a redback spider (without the venom).

Inside, it gets a new 7.0-inch infotainment setup incorporating sat-nav, mobile app integration thanks to Toyota Link, and digital radio and a 10-speaker JBL speaker system. The reverse camera now includes predictive lines too, while a powered rear sunshade completes the picture.

The top-of-the line Atara SL gets wireless phone charging for compatible handsets, while the Atara gets a larger 6.1-inch entertainment screen over the outgoing unit. Stepping up to Altise Hybrid will now get you keyless entry and start, plus dual-zone climate control.

Options are limited to premium paint ($450), a $2950 moonroof, and 18-inch alloy pack on Atara SL. The revised Camry goes on sale on June 6, with one more revision possible before next year when Toyota switches to importing. See below for the starting prices (excluding on-road costs):