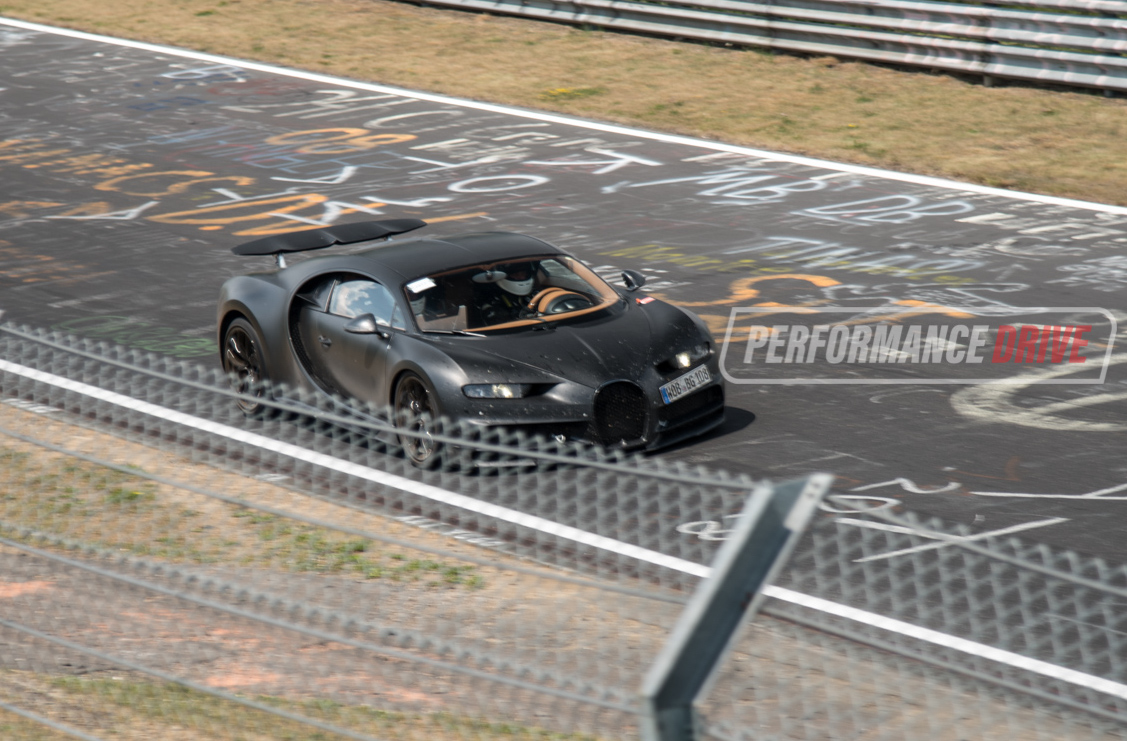 A Bugatti Chiron has been spotted testing at the Nurburgring during an industrial pool session, with the possibility of a lap time being sought after. 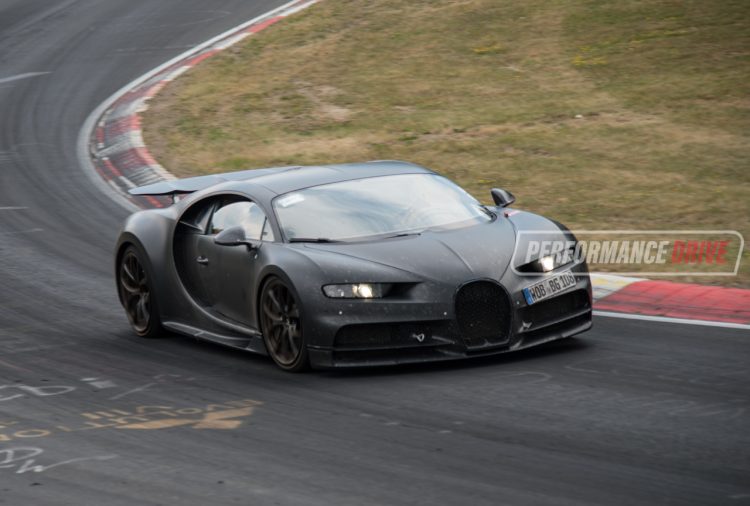 PerformanceDrive spotted the big beast out on the circuit earlier this week, making an unmistakable W16 soundtrack. Although it doesn’t seem like the driver is pushing all that hard, the Chiron could be laying down some benchmark data.

This isn’t quite an early prototype being developed. Instead, what you’re seeing is a pre-production model, dressed in a sinister matte black exterior. Inside you’ll just see the exquisite cream interior.

As far as we know the Chiron is lapping the circuit for media or promotion materials, with the potential of a new feature story coming soon to a German publication. 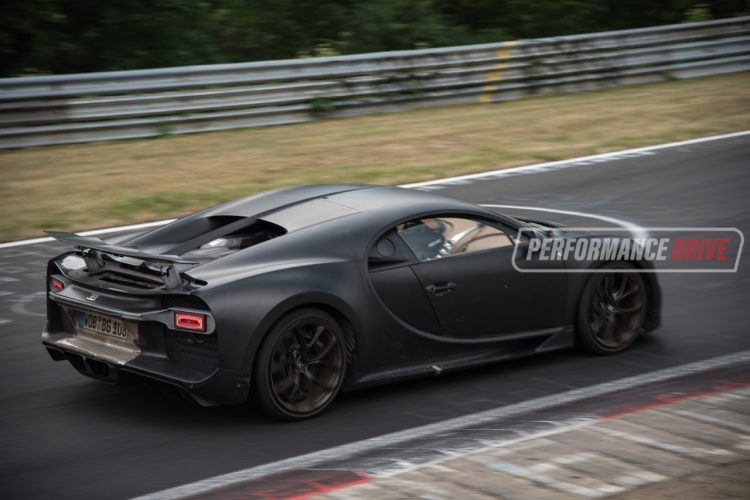 In case you forgot, the Bugatti Chiron is the successor to the Bugatti Veyron. It features an 8.0-litre W16 engine that produces a colossal 1103kW of power and 1600Nm of torque.

Bugatti is yet to take the hypercar for an official attempt at the production car top speed record, but it’s understood the company will be looking to reclaim the record next year. There’s talk of speeds of 460km/h and even up nearer to 500km/h being possible.

Take a look at our quick video below to get an idea of its insane performance. Like the predecessor, the Chiron won’t officially be sold in Australia.