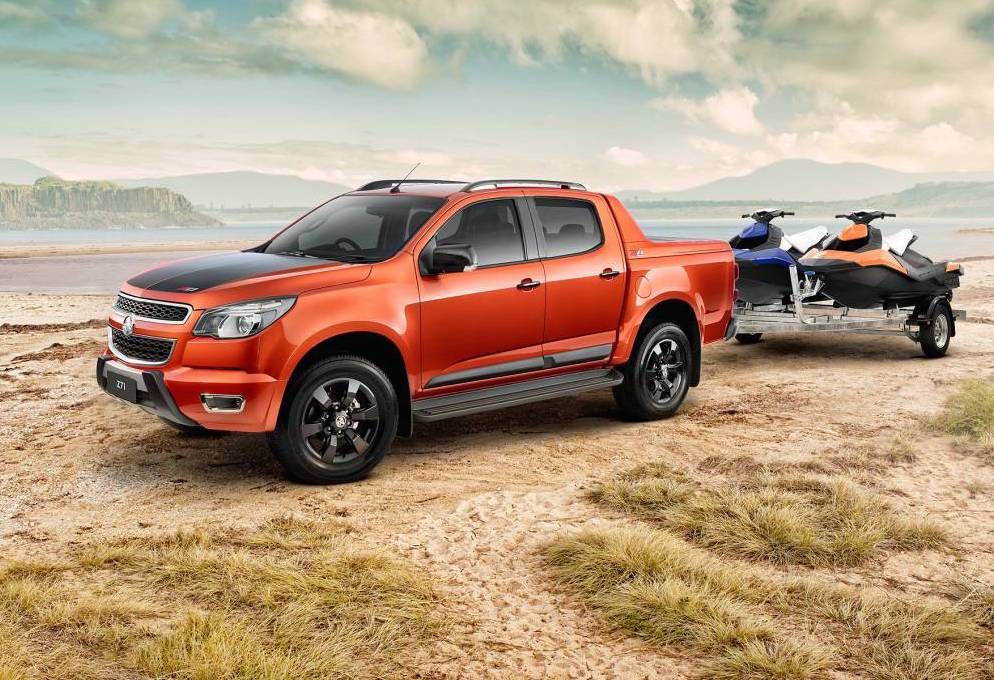 As previewed earlier today, Holden has now gone ahead and lifted the covers off its new sporty Colorado. It’s called the Colorado Z71, and, as suspected, it becomes the new range-topper. 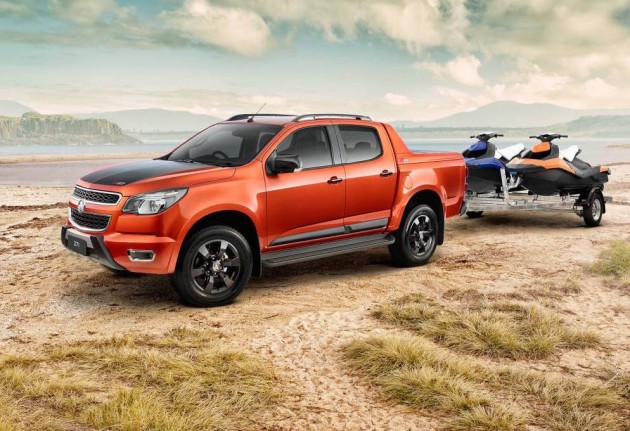 Holden says this is the new hero model based on the MY16 Colorado LTZ 4×4 Crew-Cab, bringing a number of added features and bespoke enhancements to the popular workhorse, including a 3500kg towing capacity.

For the exterior there’s a set of 18-inch ‘Arsenal Grey’ metallic alloy wheels (including spare), while the body gets a full Z71 graphics package with black bonnet decals, black door handles and tailgate handle, side mirrors, B-pillars, and darkened chrome headlight masks.

Holden has also thrown in a nudge bar at the front, a stylish sports bar in the back, a streamline soft tonneau cover, and roof rails, along with black side mouldings and Z71 logos on the bonnet and on the tailgate. Contrasting the black highlights, customers can choose between five exterior colours: Black Sapphire, Orange Rock, Satin Steel Grey, Sizzle Red, and Summit White.

As for the interior, the Z71 gets leather seats with heating functions for the front, and everything else that’s already offered in the top line LTZ. Standard features include Holden’s MyLink interface with a 7.0-inch touch-screen, a rear-view camera, and full connectivity.

Holden will give the public a first look at the Z71 during the State of Origin rugby league match on Wednesday, June 17. It will then go on sale through dealerships around the country during the start of July. Prices, up $4000 over the equivalent LTZ, are as follows (excluding on-road costs):