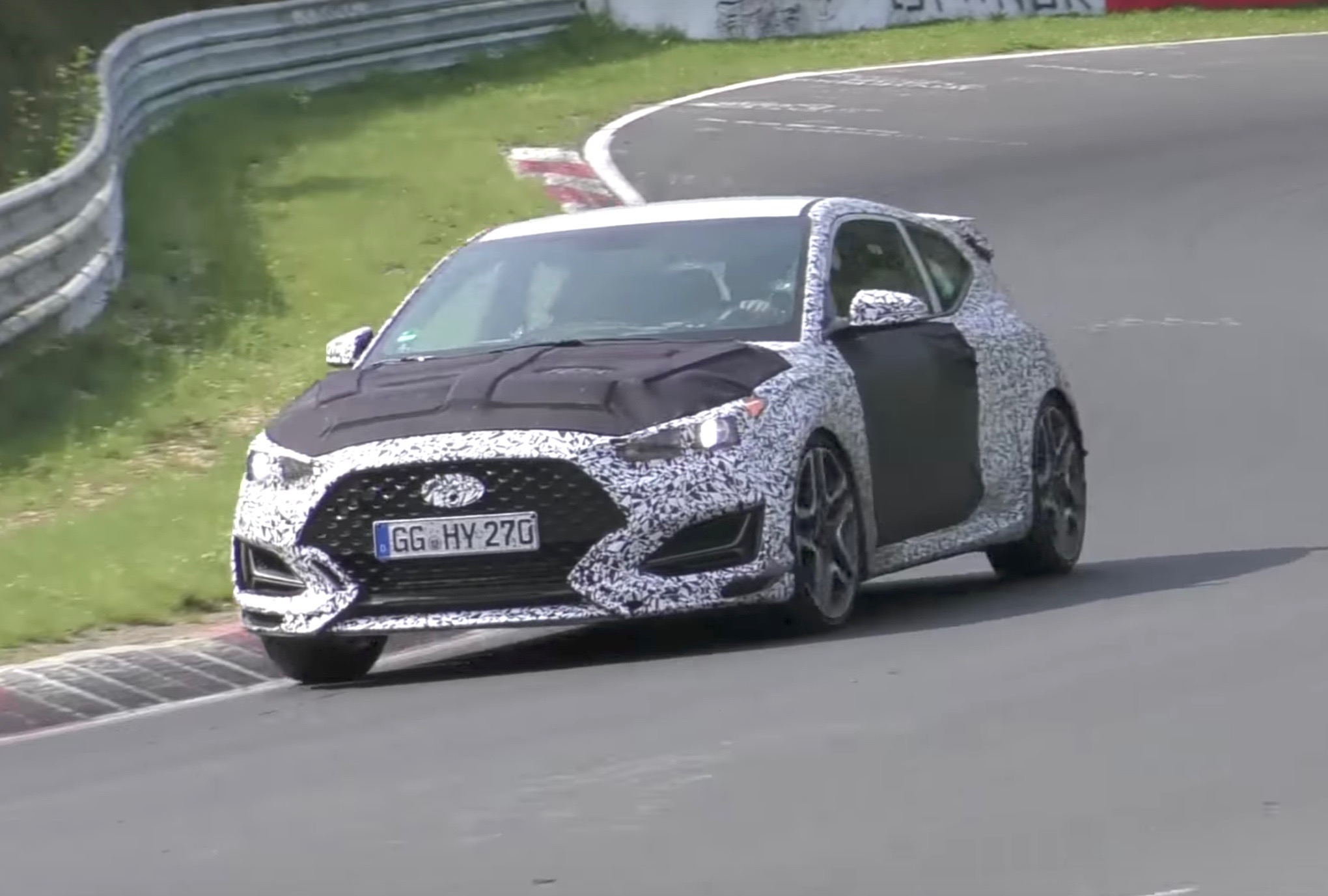 A prototype version of the Hyundai Veloster N performance hot hatch has been spotted on the Nurburgring, essentially confirming there will be a proper performance iteration in the near future. 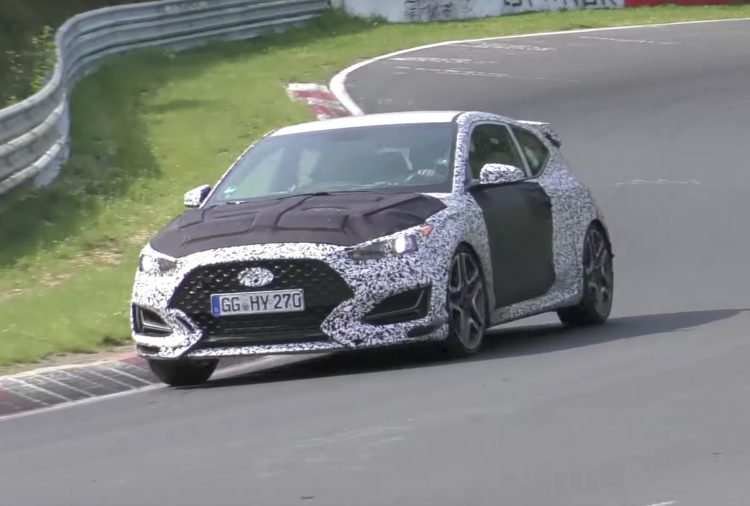 Hyundai N is the performance arm of the South Korean brand. You may remember the i30 N revealed a couple of months ago. Well, it seems the firm is planning on a tuned Veloster of sorts for the second model in the exclusive family of vehicles. Other models have been rumoured, including an N version of the Tucson SUV.

By the looks of this prototype N division is working with the new Veloster, as indicated by the more advanced headlights and updated front grille which follows in the design footsteps of the grille seen on the latest i30. Around at the back there seems to be some new LED taillights and a restyled lower section and diffuser area.

As for the N enhancements. You can clearly see the hatch-top spoiler with multiple struts giving it a rally-car look, while back at the front there’s a low front chin spoiler, large air intakes, and bulging wheel arches on the sides encompassing large alloy wheels.

The engine sound is reminiscent of the i30 N we’ve heard on the Nurburgring before. We’d be guessing it will come equipped with the same unit. It’s a 2.0-litre turbo four-cylinder producing either 184kW or 202kW, depending on which variant you go for. Hyundai might decide to fit only one option to the sportier Veloster.

At the exhaust the engine sends off a distinct sporty note, complete with more crackles and pops than a bowl of Rice Bubbles. By the sounds of it manual will be offered, with a dual-clutch auto also likely. Check it out in the video below.