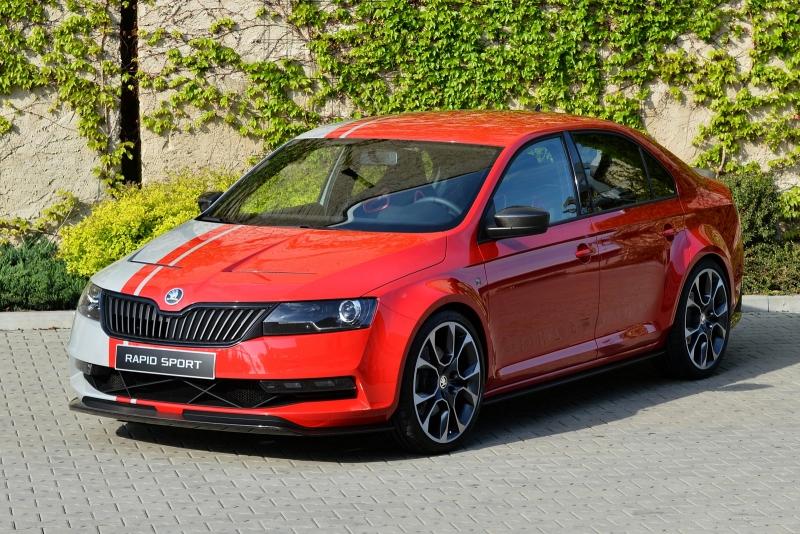 The Skoda Rapid Sport concept has been revealed at the Worthersee festival in Austria. As previewed earlier this week, the car showcases a bespoke high performance theme. 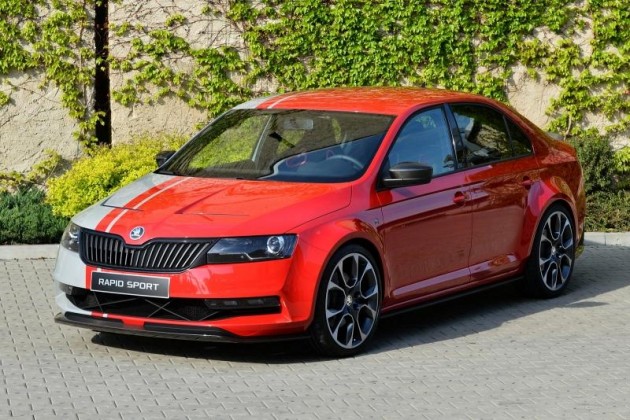 The images, thanks to autoforum.cz, show a decidedly chunky and super aggressive look, especially in real as opposed to the early sketches, with really prominent wheel arches and a very low carbon fibre front spoiler.

The concept also gets extended side skirts, the unmissable racing stripes over the entire car, and various black items such as side mirrors, the front grilles, and the rear diffuser. 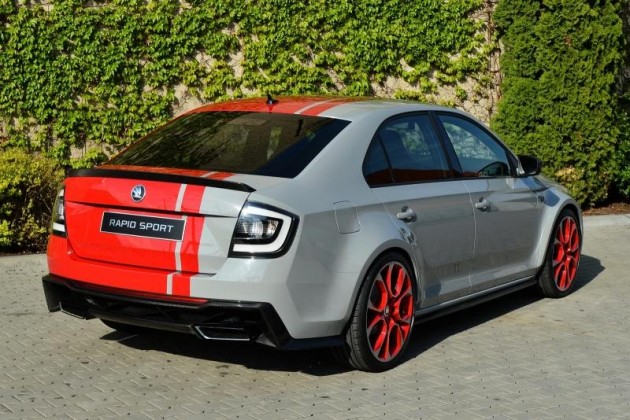 Other highlights include a set of unique 19-inch alloy wheels with a machined face and red spokes, as well as a suitably revised interior with Recaro bucket seats.

There hasn’t been any mention of any significant performance enhancements under the bonnet. It appears as though it does feature some form of sports lowered suspension though. An official announcement on the car is yet to be made.. We’ll keep this story updated as soon as we hear more.

Skoda hasn’t confirmed any plans for a possible production version, however, a sporty RS version is expected, albeit less dramatic than this.