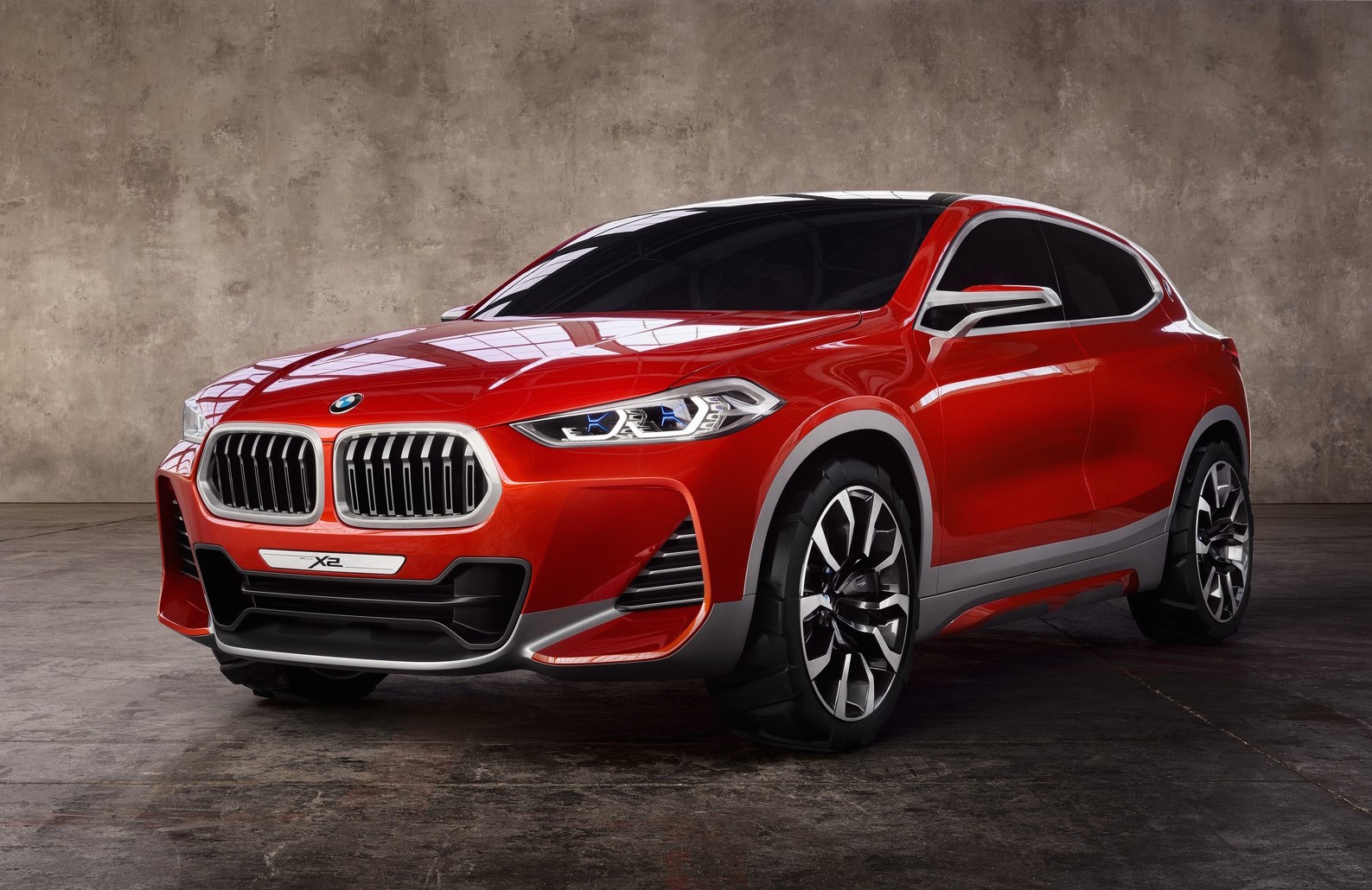 BMW is previewing another niche-busting SUV in the form of the 2016 BMW Concept X2. The X2 is set to be a sportier and more aesthetically-attractive version of the practical X1, sitting atop its UKL platform, which will also be shared by the next MINI Countryman. 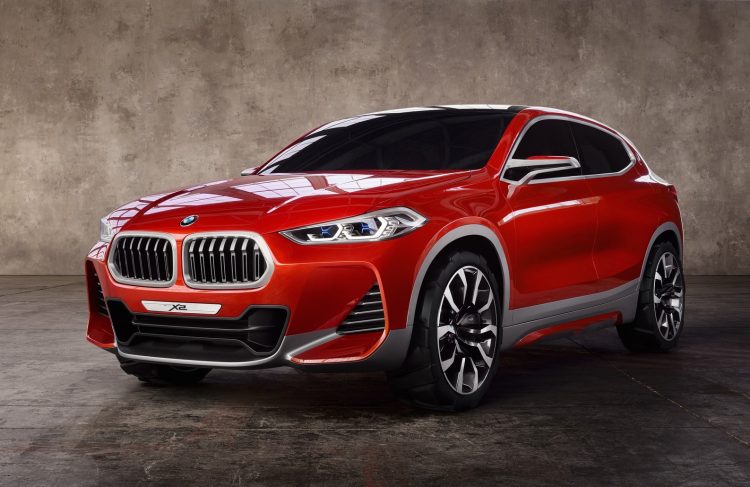 The X2 concept’s more rakish and muscular appearance follows the relationship of the X4 to the X3, and X6 to the X5, albeit without the pronounced rear decklid of those models.

The front shape features angry-looking and swept back headlights that feature an ‘X’ motif in the LEDs, while the grille is large to convey aggression. Gaping lower and side vents are possibly just for show.

A truncated rear end features a wrap-around window with a low set number plate. 21-inch wheels dominate the side profile with a rugged pattern on the tyre treads, along with a BMW neatly places on the C-pillar. Speaking about the concept, Adrian van Hooydonk, senior vice president at BMW Group Design, said:

“The BMW Concept X2 is a vehicle for active people looking for a combination of enjoyment and practicality. The concept displays a new and exciting facet of the BMW brand within the compact segment.” 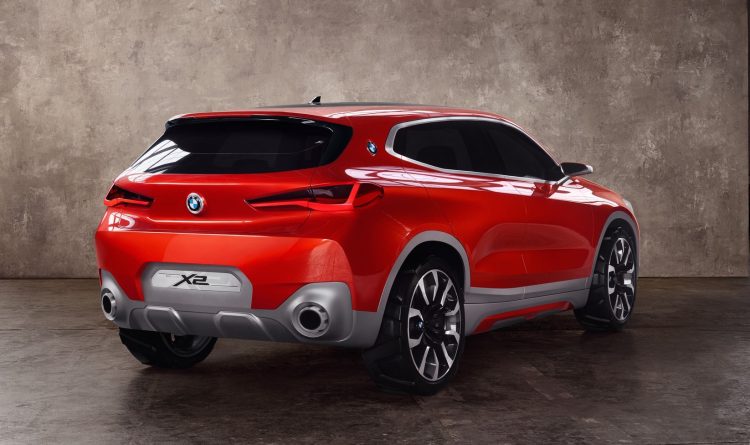 The anticipated production version will take on Audi’s upcoming Q4 and the Range Rover Evoque, with an M version potentially on the way with over 220kW from a turbocharged four-cylinder. Both front- and all-wheel drive options are likely.

Expect the X2 to land in showrooms during around 2018, with a price premium over the X1 to reflect its sporty positioning, like its larger brothers.