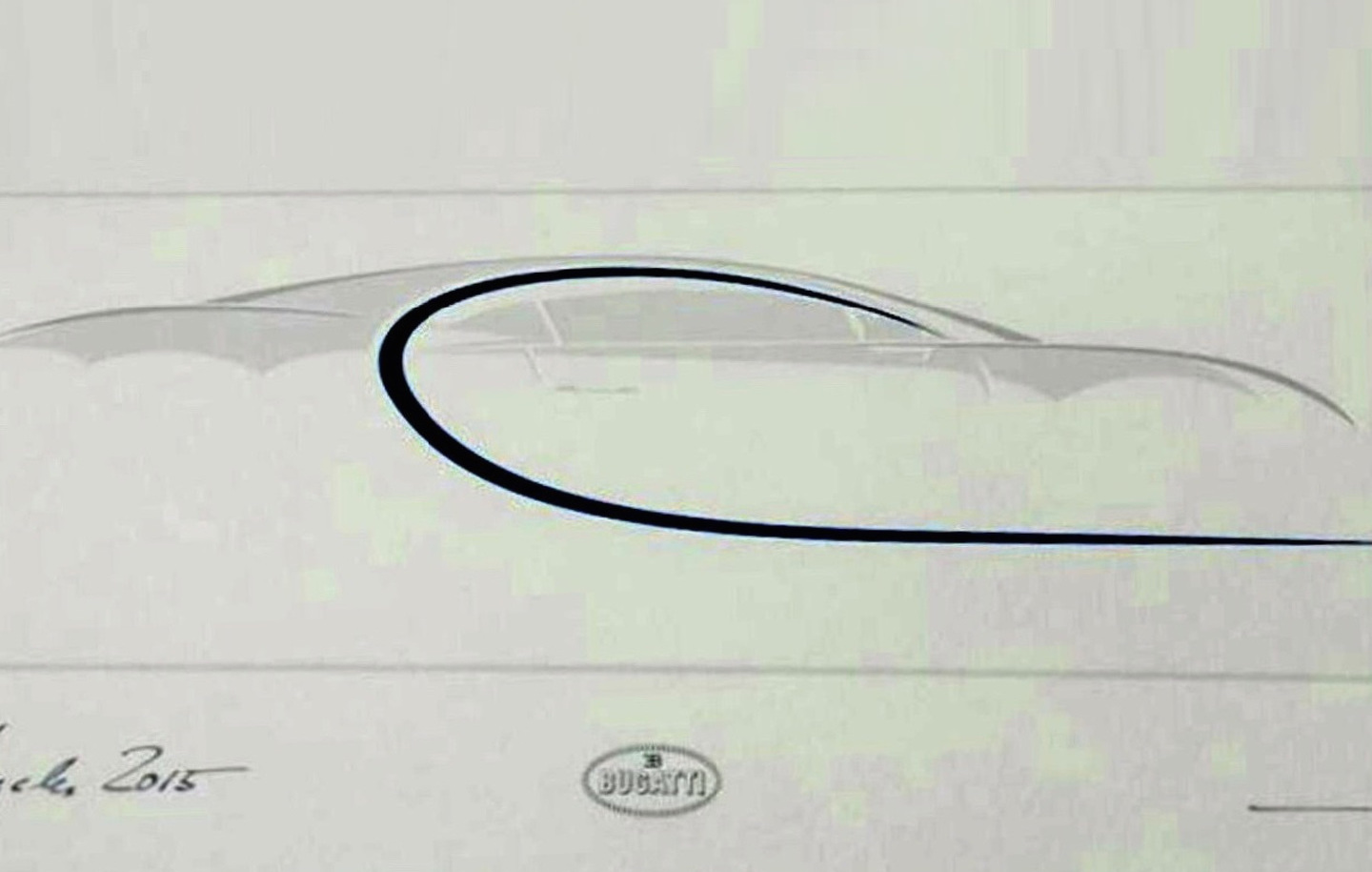 Could this be the first official teaser image of the upcoming Bugatti Chiron? It was apparently given to Bugatti clients in the lead up to its reveal. 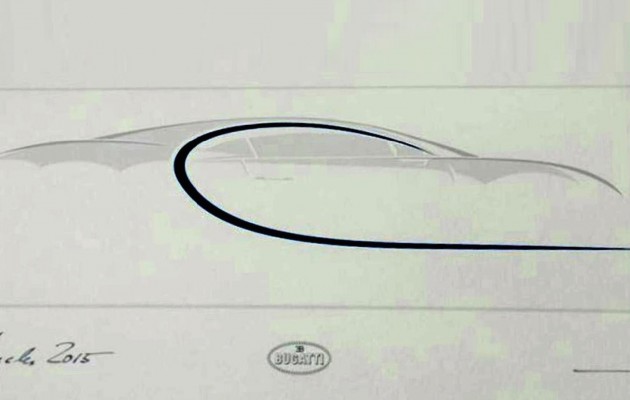 No juicy details accompany the sketch, however, it gives us a basic insight into what the new model will look like. The sketch shows a very low profile cabin, elongated more so than on the Veyron, with a much longer and pointier nose.

As suspected, the Chiron – name not yet confirmed – will showcase the traditional horseshoe behind the cabin, as outlined in the sketch. This is expected to form part of a long and thin air intake vent for the engine in the back.

The boss of Bugatti said last week that the new model will not only be more powerful and faster, but also more luxurious than the Veyron. Bugatti often sets the benchmark in terms of absolute pinnacle-level luxury and class. This is set to be reset once again with the Chiron.

In terms of engine details, it’s anyone’s guess really. The most credible sources however suggest an evolution of the current 8.0-litre W16 engine. We could see hybrid assistance to boost power, and/or even electronic turbochargers. Either way, power is likely to overshadow even the most potent Veyron, with around 1500hp on the cards.

According to the source of the teaser sketch the new model will be unveiled at the 2016 Geneva Motor Show in March, which certainly seems like a fitting place to debut the masterpiece.