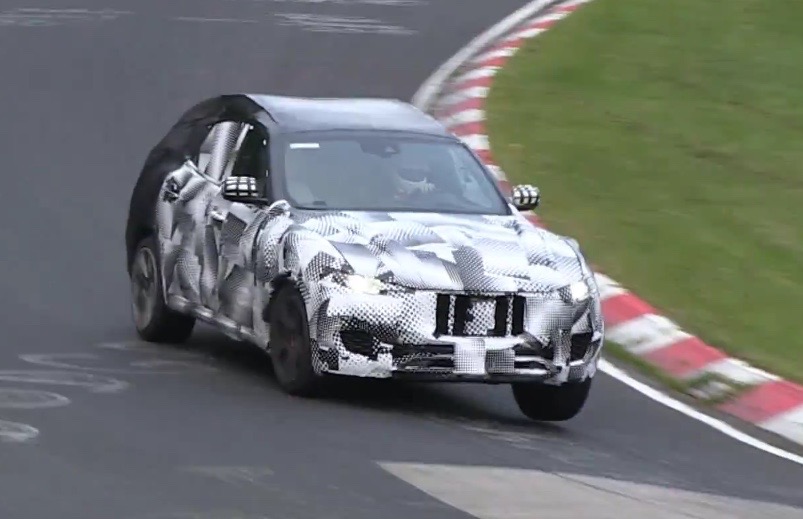 Maserati has been spotted test driving a prototype version of the highly anticipated Levante SUV out on the Nurburgring in Germany. 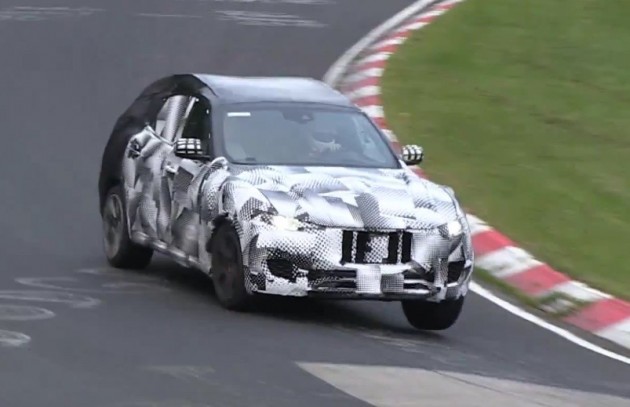 Seeing an SUV being developed at the notoriously demanding circuit usually means the carmaker is quite serious about handling and performance. As such, the Maserati Levante is set to take on the best SUVs the world has to offer when it arrives next year.

So it would be natural for the company to hone the vehicle at the Nurburgring to ensure it lives up to the world standards. It will compete against the likes of the Porsche Cayenne and Range Rover Sport, and is expected to come with a range of petrol, diesel, and hybrid powertrains to cover all audiences.

According to reports the Levante will come with at least one V8 option belting out around 412kW, while a turbocharged V6 developing around 250kW is likely to kick off the petrol range. Diesel versions are set to span from around 200kW to 250kW.

As for the design, well, there’s not much to see in this heavily-camouflaged prototype. However, it is expected to borrow plenty of inspiration from the Kubang concept vehicle which was revealed back in 2011.

At the front is a pointy and purposeful nose, with angular headlights, while the front guards appear to be quite curvaceous. Around at the back it is likely to drop down for a swooping silhouette, unlike this prototype which features propped-up black sheeting.

If word on the web is to be believed we could see the finished product being unveiled at the 2016 Geneva Motor Show in March. It will be Maserati’s first-ever production SUV. Check out the video below, provided by MOTOR1, for a preview.