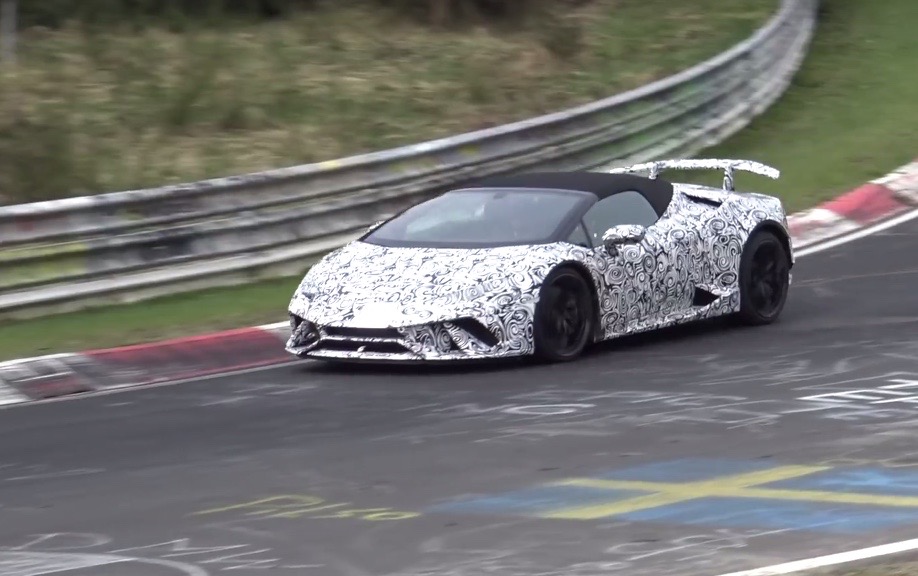 We’ve all seen the Lamborghini Huracan Performante set a blisteringly quick lap time at the Nurburgring. Now it seems the company is planning to introduce a drop-top Spyder version. 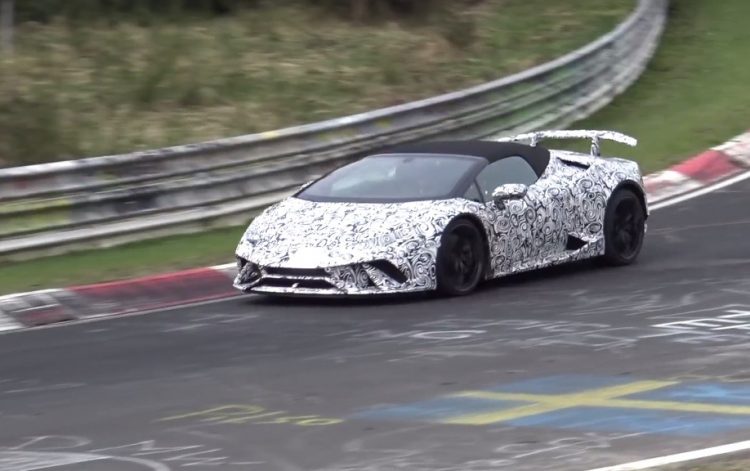 A prototype version of what is strongly believed to be a ‘Huracan Performante Spyder’ has been spotted touring around the infamous circuit in Germany. We say ‘touring’ as it doesn’t look like Lamborghini is taking the test session very seriously.

It’s understood there was a crash on the track shortly before this video footage was recorded, prompting the Lambo engineer to drive slowly. But even once the all-clear is given the driver doesn’t seem too fussed about stretching the tyres or engine.

The main news to come from this though is the seeming confirmation that there will be a drop-top version of the high-performance variant. As such, it’s expected to boast similar credentials as the Performante coupe, including its uprated 5.2-litre naturally aspirated V10 that churns out 470kW and 600Nm.

Around 40kg of weight is shed from the coupe, so we expect a similar saving on the Spyder albeit with a higher overall figure than the Performante coupe.

Just like the coupe, this prototype seems to be wearing a similar aero kit to help with downforce and thus improving handling and grip over the regular model. Take a look below. We’d say some official details will be trickled out in the next six months.