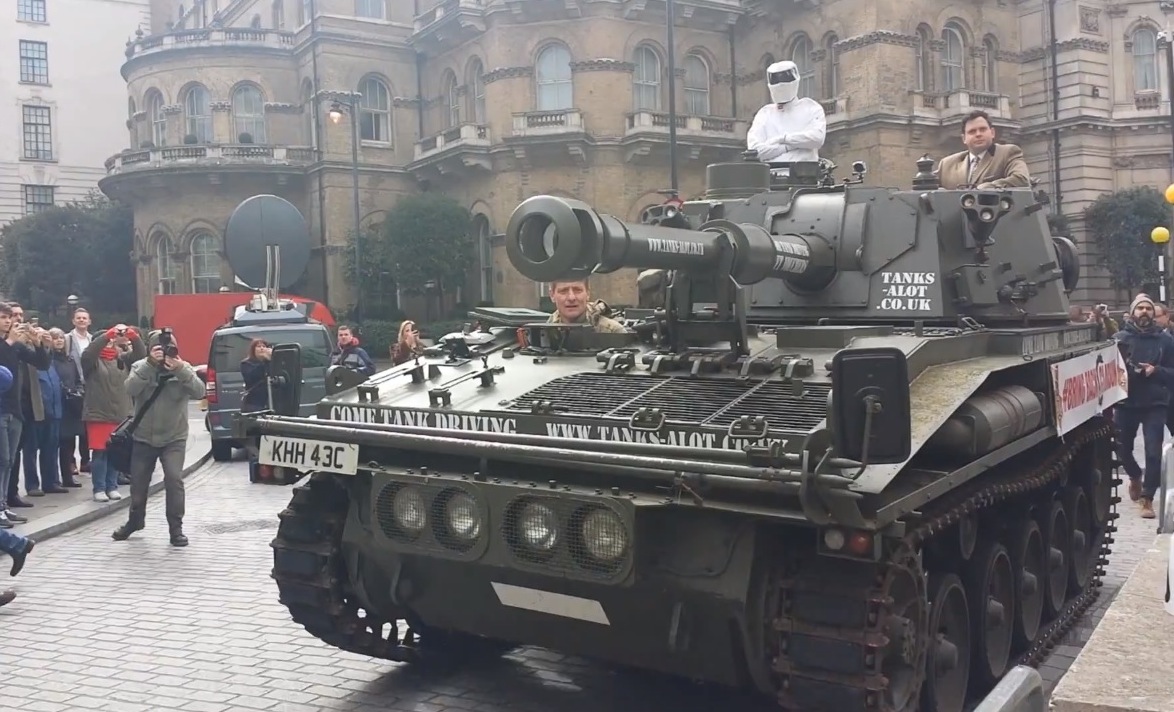 The Bring Back Clarkson campaign on Change.org has attracted over 1,000,000 signatures, all to encourage the BBC to give the Top Gear presenter his job back. 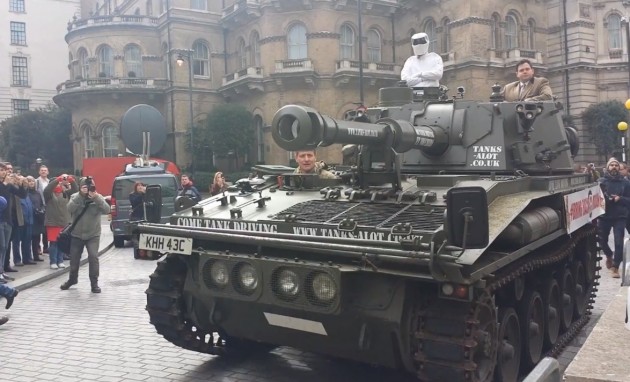 To help mark the occasion, the million-signature petition was brought to BBC headquarters by an unofficial Stig in an ex-army tank. The tank was apparently driven by Guido Fawkes, the organiser of the Change.org petition and owner of a political blog, as seen in the video below.

Will the signatures help? Well, the BBC has said that a final decision on Jeremy Clarkson and his future with the BBC would be made this week. Clarkson has since only posted two tweets on his Twitter page in the last week or so, with the last saying,

“Many many thanks to all of the people who have called for my reinstatement. I’m very touched. We shall all learn next week what will happen.”

Many Top Gear fans, including the PD team, are wondering what will happen to the remaining episodes of season 22. It’s understood both James May and Richard Hammond have refused to film the studio parts of the last shows without Clarkson.

Let’s keep our fingers crossed that this all blows over. Even if Clarkson did indeed punch a producer in the face, we think that should be handled as a separate legal matter. The fans shouldn’t suffer. What do you think?