Isuzu has launched the new 2012 Isuzu D-Max sports dual cab ute range in Australia. This is now the second generation D-Max, and it’s available in three trim levels ranging from the EX, SX, and LS. 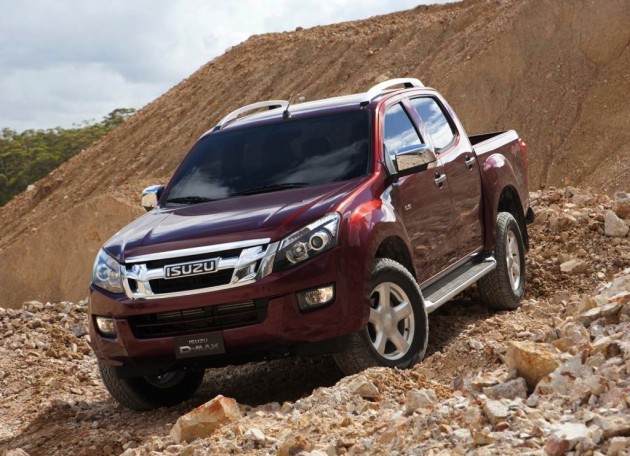 All versions get a new 3.0-litre turbo-diesel engine producing 130kW of power and 380Nm of torque. The engine is Euro 4 compliant, and offers an average fuel consumption rating between 8.0L/100km, and 8.3L/100km for the manual  4×4 versions. The engine can be backed up by either a Rev-Tronic five-speed automatic transmission, or a five-speed manual.

There are three body styles with the new model, including the Single cab, Space cab, and Crew cab. These are further split up by the normal ride height 4×2 versions, to the ‘Hi-Ride’ 4×4 variants. 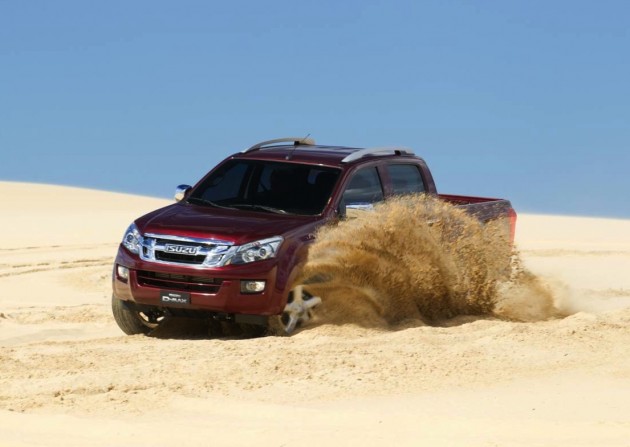 Isuzu is really emphasising on the fact that everything is new with the second-gen model, with heightened new levels of safety, including the fitment of stability and traction control and six airbags, and all-new styling inside and out.

The body not only looks smoother than the previous model, the panel designs have been developed in a wind tunnel for maximum aerodynamic efficiency. Isuzu has even gone to the length of borrowing Pininfarina’s facilities to hone the shape. 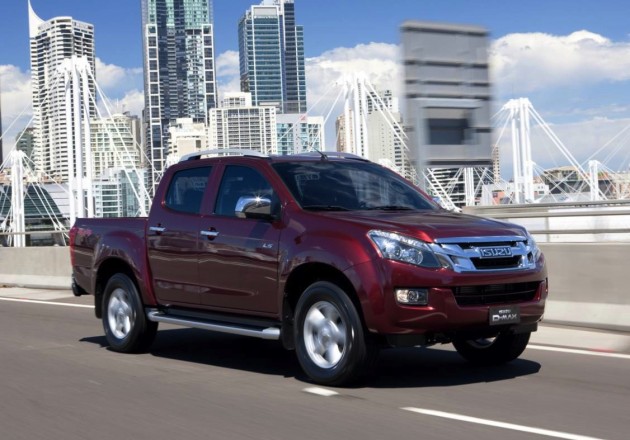 Underneath, the 2012 Isuzu D-Max rides on, you guessed it, an all-new ‘i-GRIP’ ladder-type chassis which is 42 per cent more rigid than the one it replaces. It has also grown slightly, providing an increased wheel base length from 3050mm up to 3095mm.

For all the nitty-gritty specifications, check the details in the tables further below.

Prices for the new range is as follows (excluding on-road costs):
The new model is set to officially arrive on July 2. 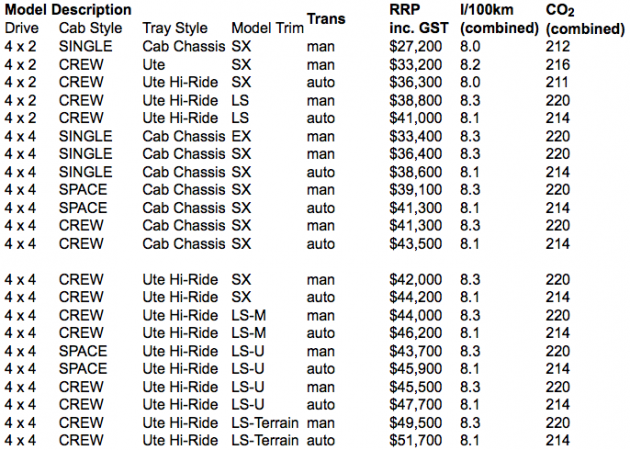 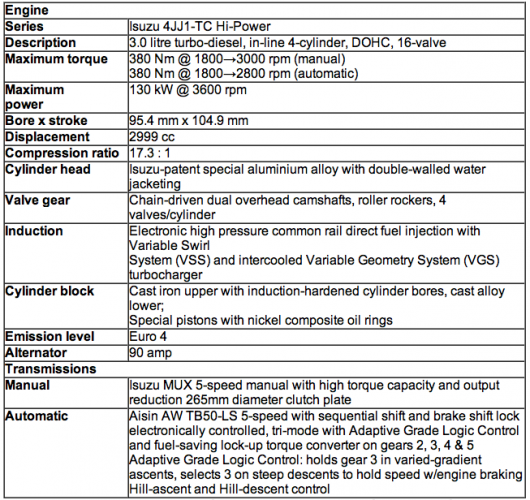 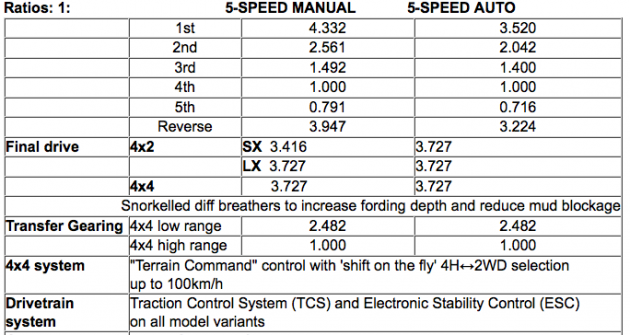 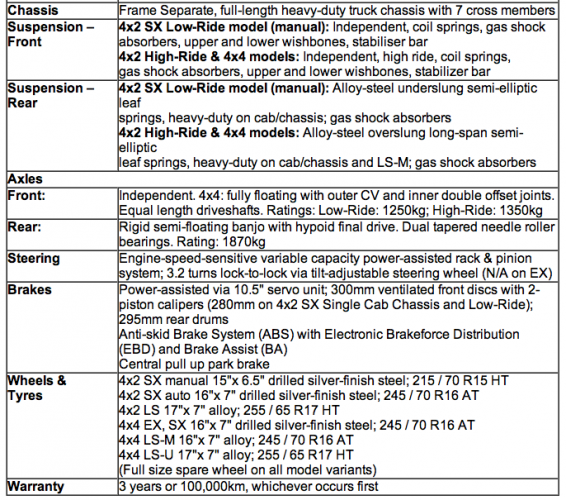