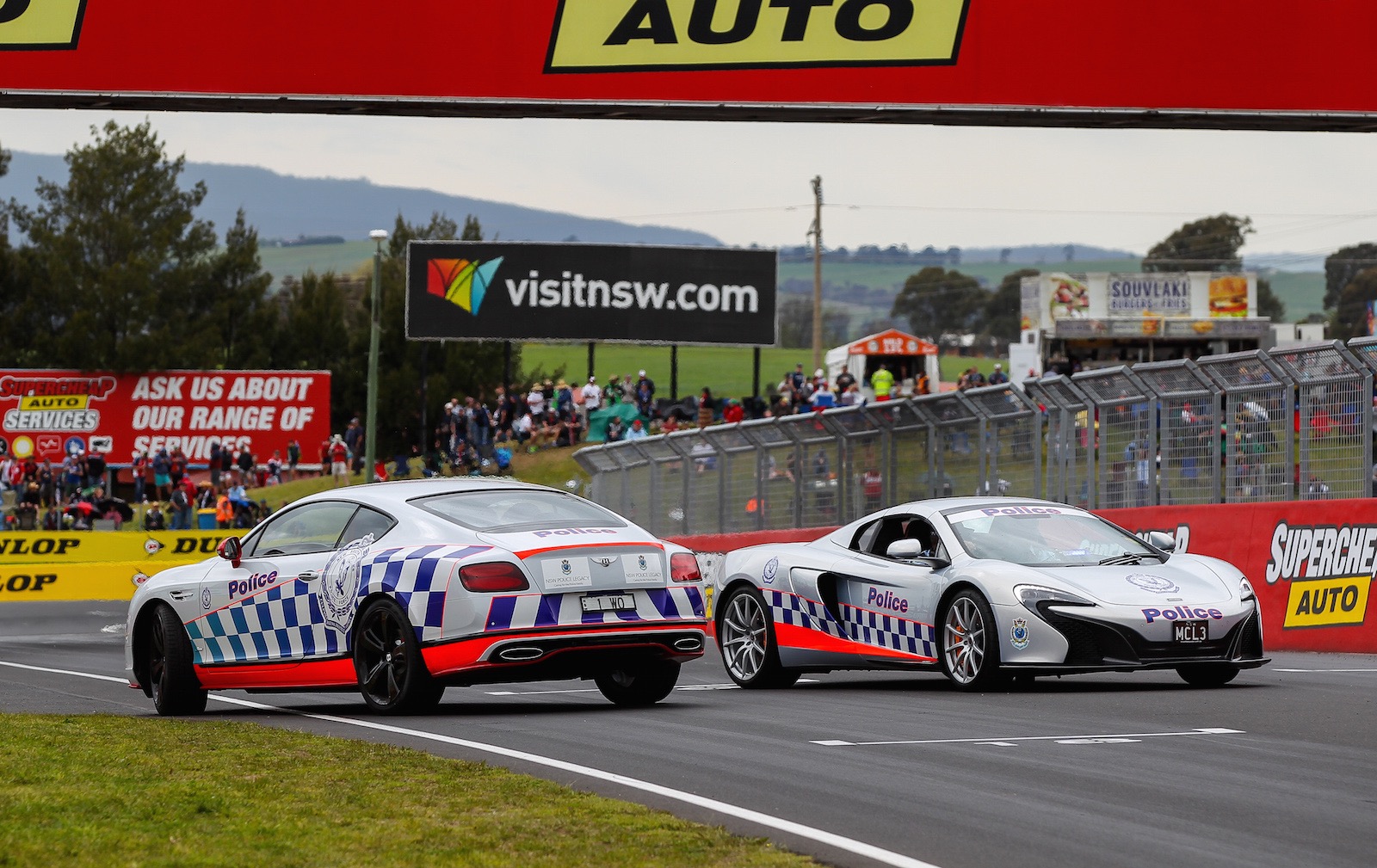 A McLaren 650S Spider and Bentley Continental GT were temporarily donated to the NSW Police force over the weekend, for the V8 Supercars Bathurst 1000 event. 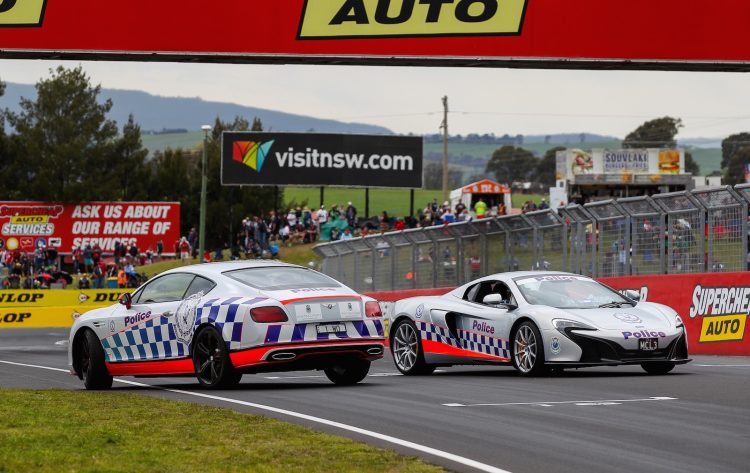 The stunning cars were donated by Trivett Bespoke, and featured the full NSW Police livery. Standing out like a sore thumb, the two high-powered ‘police cars’ were made to help promote road safety and raise awareness for the NSW Police. Marc Webb, Trivett Bespoke dealer principal, said:

“With the presence of these vehicles at the 2016 Supercheap Auto Bathurst 1000, we hope they aided the NSW Police Force in drawing attention to key events and promoting road safety during the course of the weekend.” 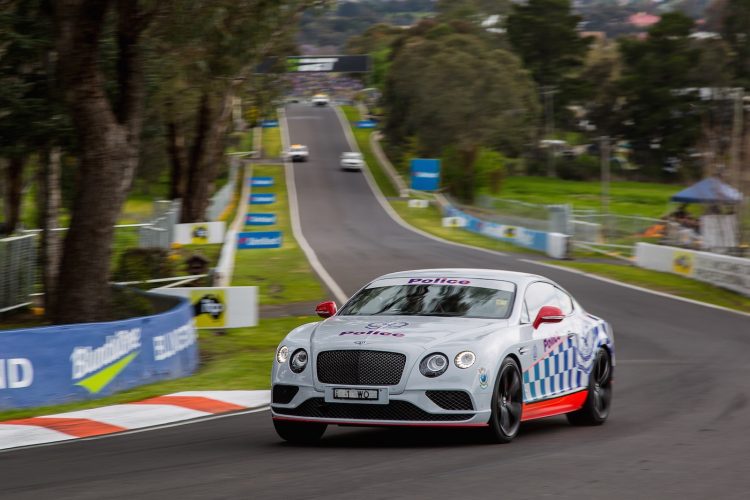 Motorists needn’t worry about being chased down by one of these on the public roads any time soon, as there aren’t assigned official police duties and are only temporary. Still, it would be pretty cool to see one hunting along the highway with flashing lights.