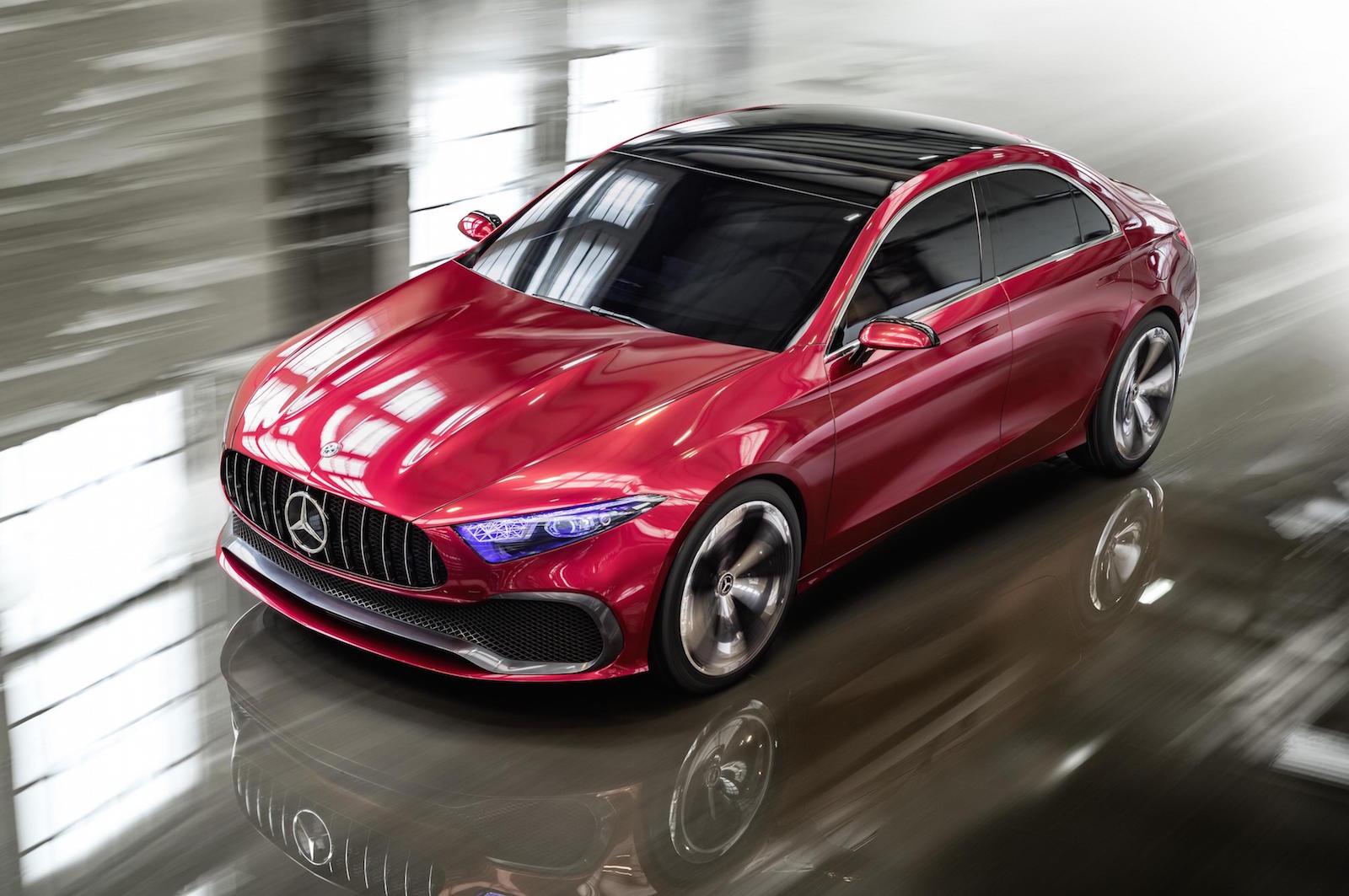 Mercedes-Benz’s Audi A3 and BMW 1 Series Sedan rival has been previewed with a concept making its public debut at Auto Shanghai, showing a new design language that was initially previewed with the Aesthetics A. 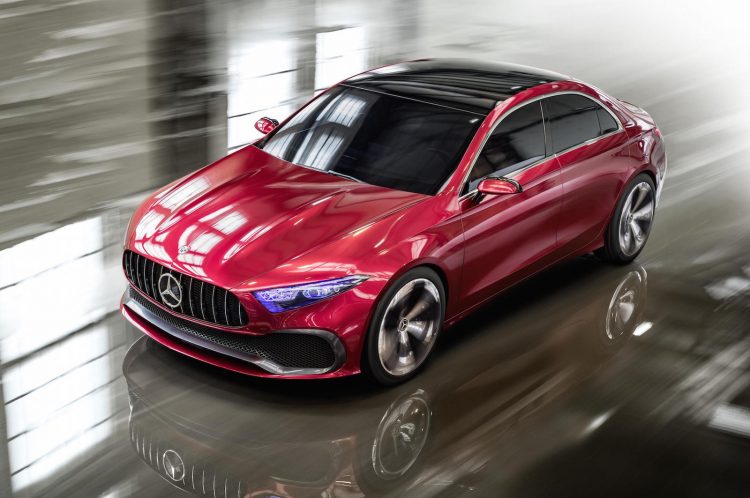 Expected to morph into a production car late next year, the styling is also set to be utilised on the A-Class hatch, CLA and GLA, as well as other production models including the CLS four-door coupe replacement.

Compared with today’s A-Class, the headlights are particularly angular, with a grille reminiscent of the Mercedes-AMG GT concept shown at Geneva last month. Eight models based on this new platform are mooted before 2020.

Contained within the front headlight structures is a dramatic lattice sculpture that evokes architectural features of buildings. Overall surface treatment is more organic with smoother lines and softer sculpting. An aggressive taillamp pattern at the rear extends into the bootlid. Speaking about the design, Gorden Wagener, chief design officer at Daimler AG, said:

“Our Concept A Sedan shows, that the time of creases is over. With its perfect proportions and a sensual treatment of surfaces with reduced lines, it is the next milestone of Sensual Purity and has the potential to introduce a new design era.” 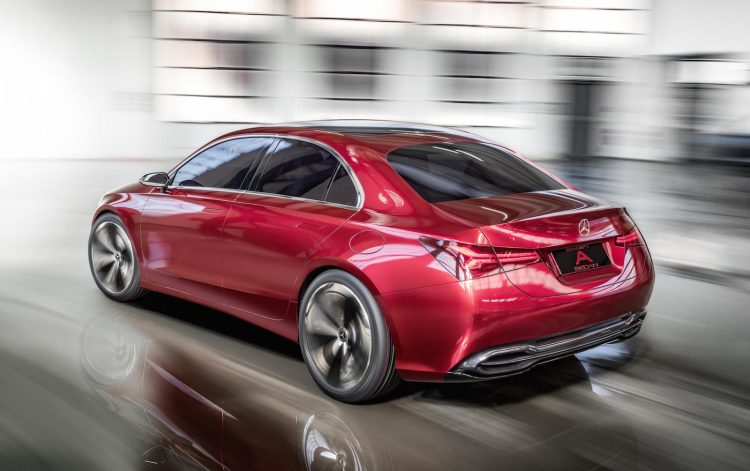 Aspects of this vehicle, including large wheels and AMG-esque grille, could presage the successor to today’s A 45 AMG, with up to 300kW of power. The Audi RS 3 and BMW M140i rival is expected around 2019.

By then, it will be up against a new BMW 1 Series, expected to switch from the current RWD basis to the UKL FWD platform used in MINI, 1 Series Sedan (China-only), X1 and 2 Series Active Tourer.