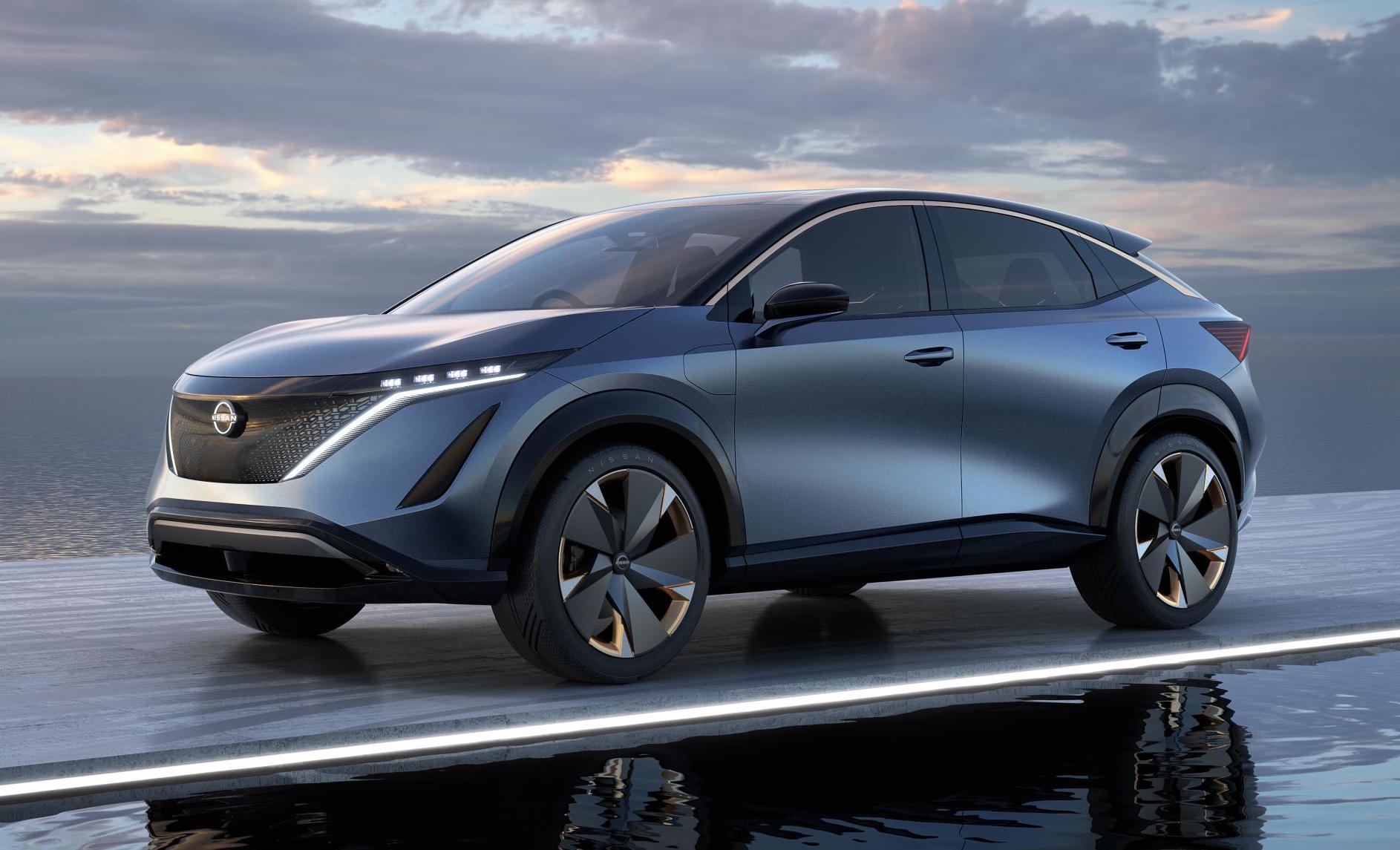 Nissan has used the 2019 Tokyo Motor Show to unveil a very advanced and forward-thinking SUV called the Ariya concept. It features a twin-motor electric powertrain and showcases the brand’s latest developments in autonomous driving tech. 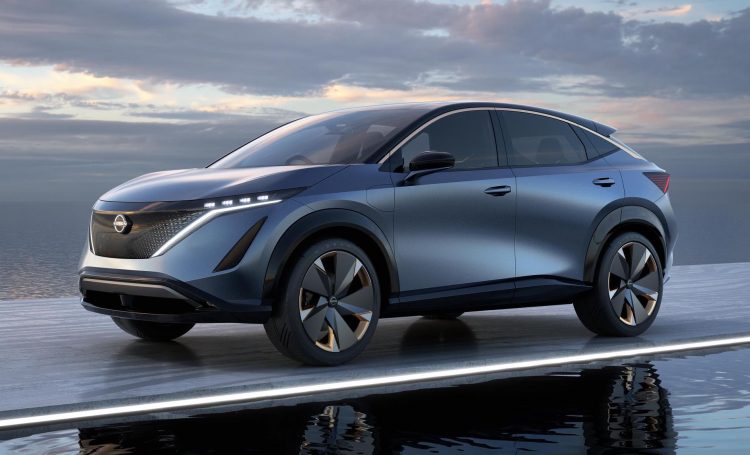 It looks a little bit like Nissan’s current crop of SUVs, but obviously much more modern and with futuristics tones. At the front is the company’s V-motion grille but instead of being finished in chrome it is electrified with light. This is supported by very thin headlight housings that contain a quartet of LEDs.

Around at the back you’ll notice a sporty, swept-up stance with probably the smallest badge ever fitted to a car. A pinched tailgate forms a full-width taillight theme, while up top is a black roof and matching rear spoiler. Completing the look are a set of 21-inch five-blade alloy wheels with custom tyres. It’s all been created as an evolution of the Nissan IMx concept that debuted at the 2017 Tokyo Motor Show. 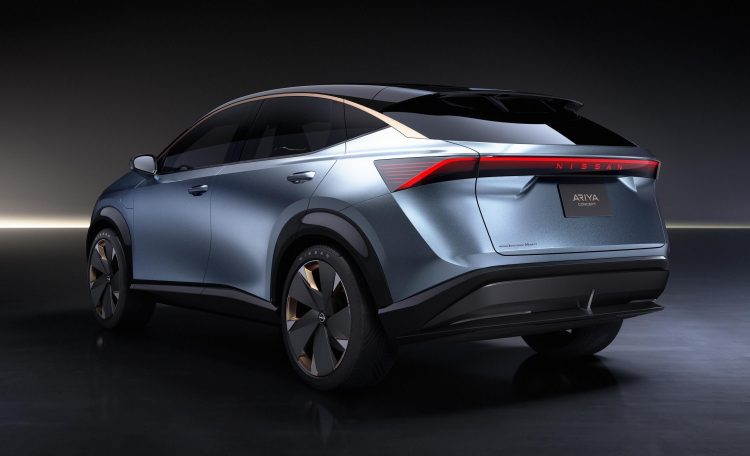 Take a look inside and you’ll see a very subtle and suave decor, with natural materials for some of the trimmings, and essentially zero hand controls. Instead, there are two digital screens that run seamlessly across the dash for the media and instruments, while the climate is controlled via flush haptic buttons on the dash panel. These only light up once the vehicle is started.

As for the powertrain, it comprises of a fully electric system with an electric motor for the front and rear axle. Power outputs haven’t been confirmed but Nissan says the system delivers balanced and predictable power to all four wheels. In fact, Nissan says it used its vast experience with all-wheel drive systems, taking knowledge from the ATESSA E-TS setup featured on the GTR and the 4×4 tech on the Nissan Patrol to engineer the AWD control in the Ariya. 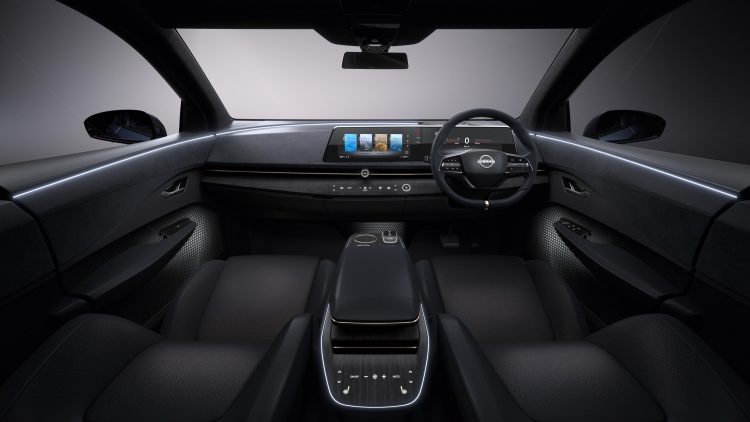 The system is able to calculate where best to send the power for optimum traction and performance in all conditions. Well, that’s if you’re driving. Nissan has also infused its latest and greatest ProPilot 2.0 tech into the concept. It offers hands-off driving capability within lanes, and the driver can even use the ProPilot Remote Park function to send the Ariya off to park automatically.

Like with most concept cars, the Ariya isn’t set to go into production as is. However, various elements will inspire future production cars from Nissan. Yasuhiro Yamauchi, representative executive officer at Nissan, said:

“The Ariya Concept represents a strong collaboration between design and engineering. It is the next stage of Nissan’s future design language as we embark on a new era for the company – the next stage in our evolution.”