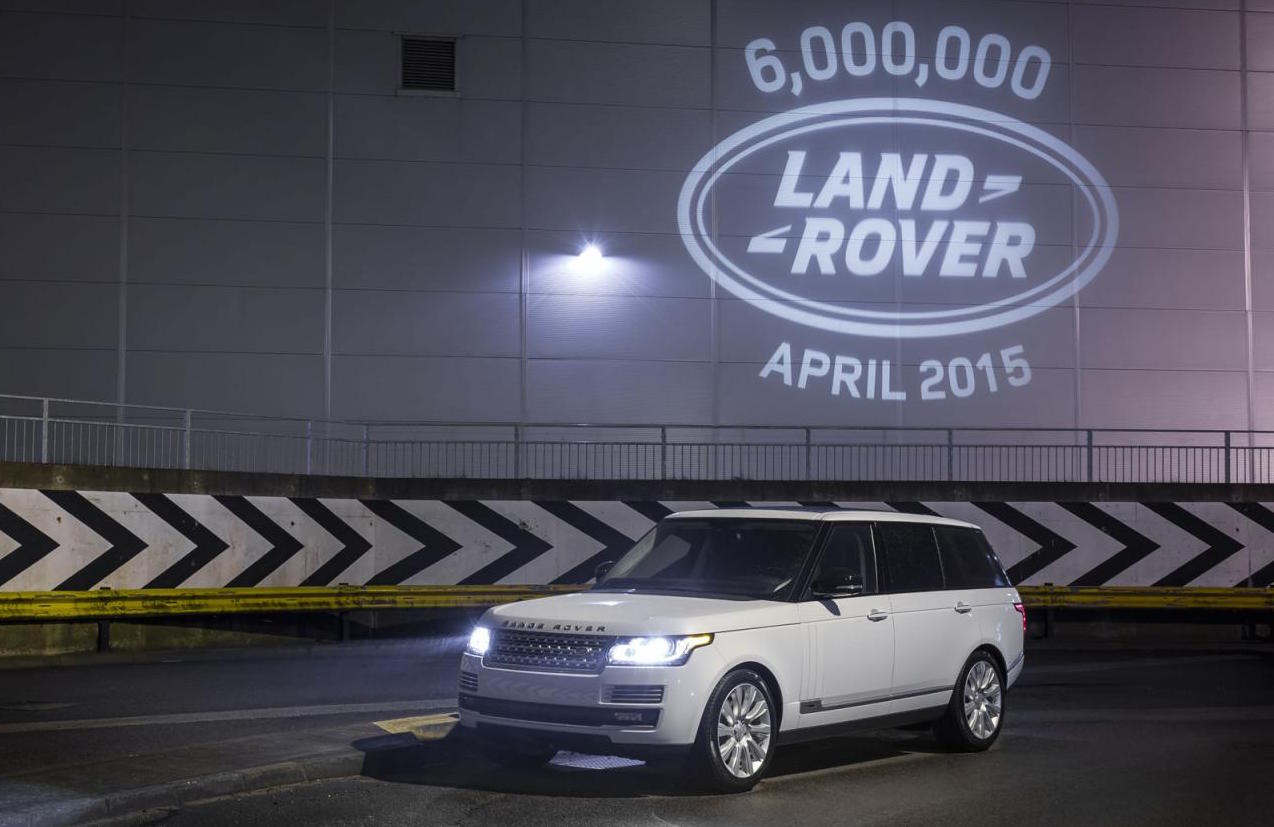 Land Rover took to the Shanghai auto show to celebrate a very serious landmark, with 2015 marking the 6 millionth model to roll off the production line in the company’s 67-year history. 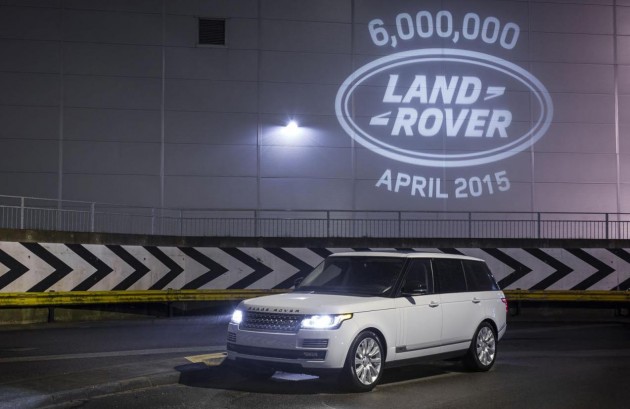 The six millionth model produced was a LWB (long wheelbase) Yulong White Range Rover Vogue, and is currently on display at the Shanghai show. The model will in time be sold in China after finishing its press and publicity duties. Sales operations director Andy Goss said,

“It’s fitting that the 6,000,000th Land Rover to be produced is a Range Rover, since this year marks the 45th anniversary of the original Range Rover’s launch and even today, the vehicle remains peerless. With the growth of sales in China since the latest version of the Range Rover was introduced in 2012, it is entirely appropriate that this landmark vehicle is destined for a Chinese customer.”

As a subtle reminder of the significance of the six millionth edition, Land Rover has fit special lenses for the standard puddle lamps. Instead of only shining the Land Rover logo, the light portrayed on the ground when the doors are unlocked also shows ‘6,000,000’.

The special vehicle was built at Land Rover’s Solihull facility, where the legendary SUVs have been built since 1948. Of the six million produced, Range Rover models account for over 900,000, which is interesting considering Range Rover models didn’t arrive on the scene until 1970. See below for a timeline on the company and its key milestones.