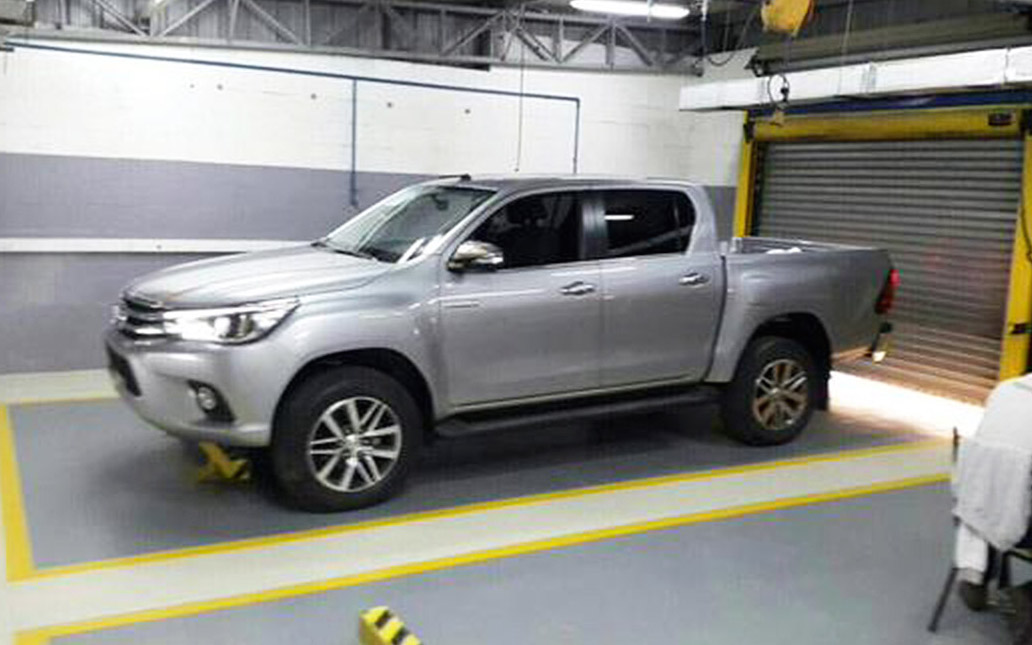 Some more images showing the 2016 Toyota HiLux have leaked online, this time we get to see more detail of the exterior and a glimpse of the interior. 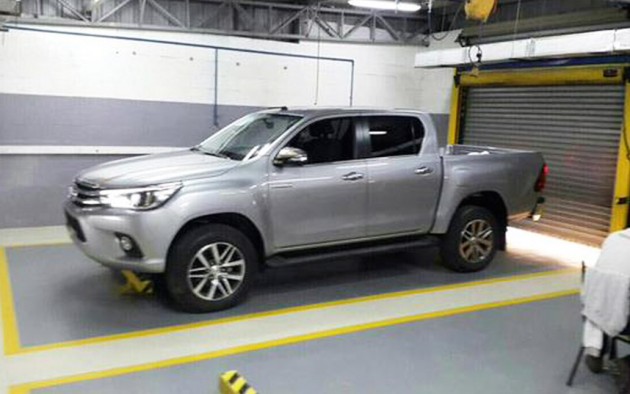 The image above seemingly proves the previous brochure scan was accurate, as this vehicle presents the same grown-up shape. There’s fuller wheel arches and swollen bumper bars, and a new-look front end and grille area.

It’s understood the new model has grown in size to provide more interior space, with a larger tray at the back helping it compete with the Volkswagen Amarok and its class-benchmarking double-cab tray volume.

As we learned earlier this week the 2016 HiLux is set to drop the current 3.0-litre turbo-diesel four-cylinder, and instead use a new 2.8-litre turbo-diesel. Leaked specifications revealed a 132kW and 450Nm output for the unit, at least for models in the Thai market.

Toyota Australia is of course yet to announce local specifications and variant lineup details. A revised 2.7-litre petrol four-cylinder is expected to join the local range though, producing around 166kW.

As for the interior, you can see Toyota is giving the heavy-duty ute a more modern cabin package. There’s a large touch-screen interface, which is likely for the higher-end variants, a new sports steering wheel, and a sharper-looking dash design.

A full debut for the 2016 HiLux is tipped to take place in the next month or two at a special event in Thailand. Thailand is one of the most popular markets for utes and dual-cab commercial vehicles, and Australia isn’t far behind. 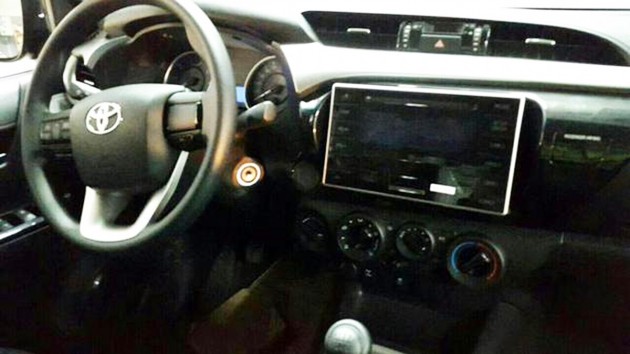