It’s a shame that Audi is only producing 333 left-hand drive versions of the Audi A1 quattro all-drive pocket rocket. Unfortunately none of them will be headed for Australia. 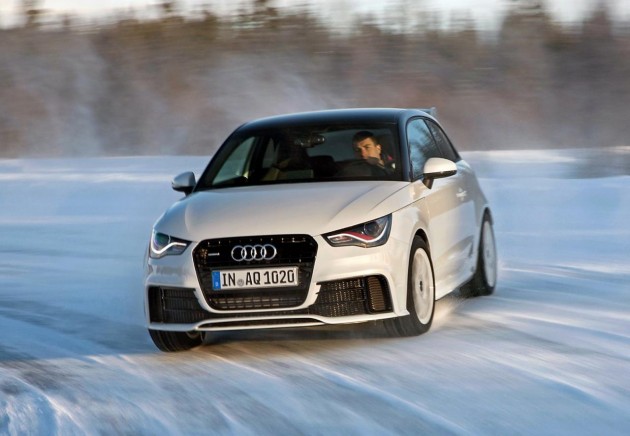 The Audi A1 quattro comes with a 2.0-litre TFSI turbocharged four-cylinder engine producing 188kw of power and 350Nm of torque. Available only with a six-speed manual, the angry hatch can sprint from 0-100km/h in 5.7 seconds, while top speed is rated at 245km/h.

Distinguishing features on the outside are quite obvious, including an aggressive bodykit with front and rear spoilers, a large front bumper bar showcasing Audi’s latest sports design language – as seen on the new Audi RS4 Avant – and a set of rally-style alloy wheels.

This is one of those cars that would be extremely fun through a deserted dirt road on a rainy day, or, as shown, on a snowy pass. Again, a shame Australia misses out.

InAudi A1, Audi A1 quattro