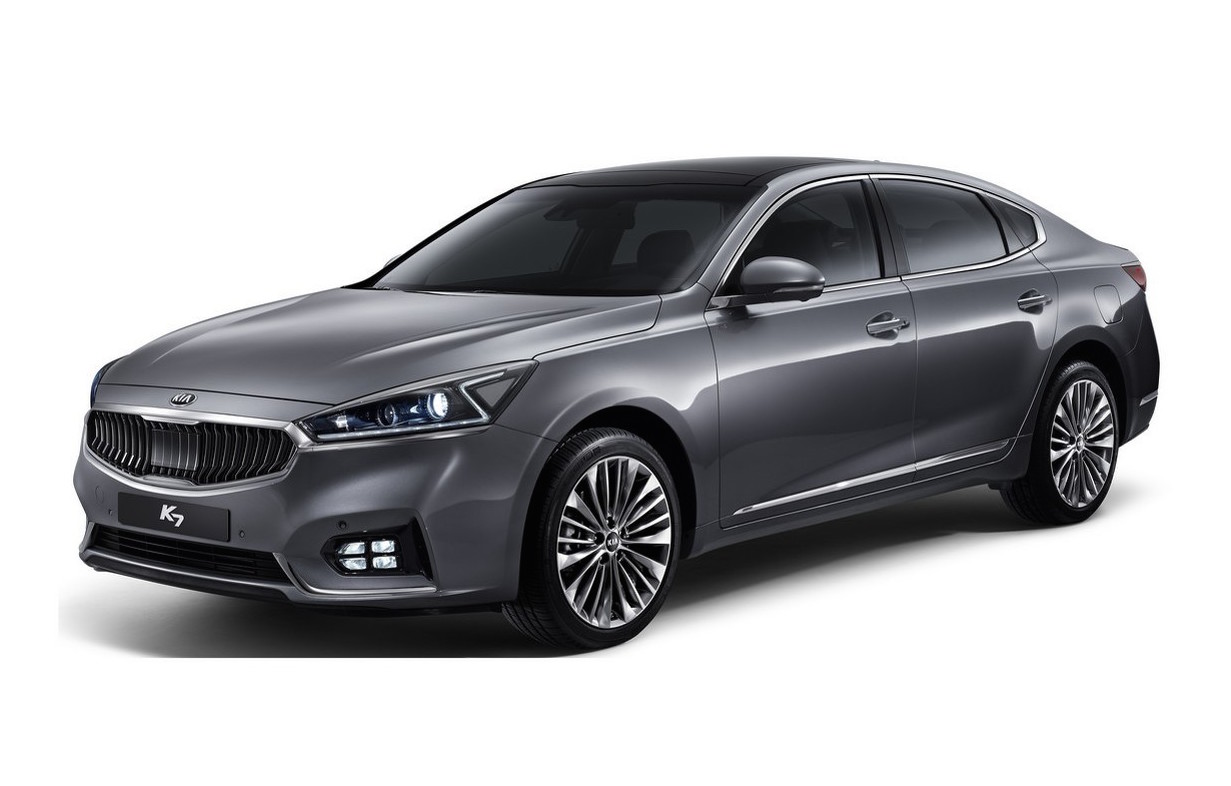 You might remember Kia previewed a flash new sedan earlier this month, called the Cadenza. The South Korean company has now revealed the new mode in full. 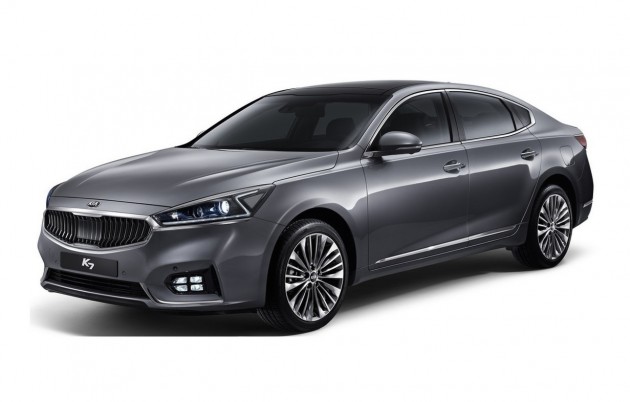 Known as the Kia K7 in Korea, the new Cadenza will go on sale in overseas markets next year as a large luxury sedan. It, according to the company, features high levels of interior quality and contemporary luxury, which should make it a tough competitor in the segment.

The exterior design is perhaps the most interesting part of the car though as it could give us some insight into the future design direction of other luxury Kia models.

At the front is Kia’s familiar “tiger nose” grille but from there it’s all about sharp and chic modern style. There’s a set of wrap-around LED headlights, muscular wheel arches, and distinctive body lines.

Kia says the Cadenza is inspired by European luxury sedan styling, incorporating a long bonnet and a slowly rising beltline, with a swooping roofline blending into a sporty rear end.

No specific details have been mentioned in regards to the powertrain, however, the 3.3 badge on the boot lid suggests it will come with the company’s new 3.3-litre twin-turbo V6, at least as an option. Power output could be as high as 270kW, connected to an eight-speed auto.

The 2016 Kia Cadenza unfortunately will not go on sale in Australia any time soon, but it hits the market overseas next year as mentioned.