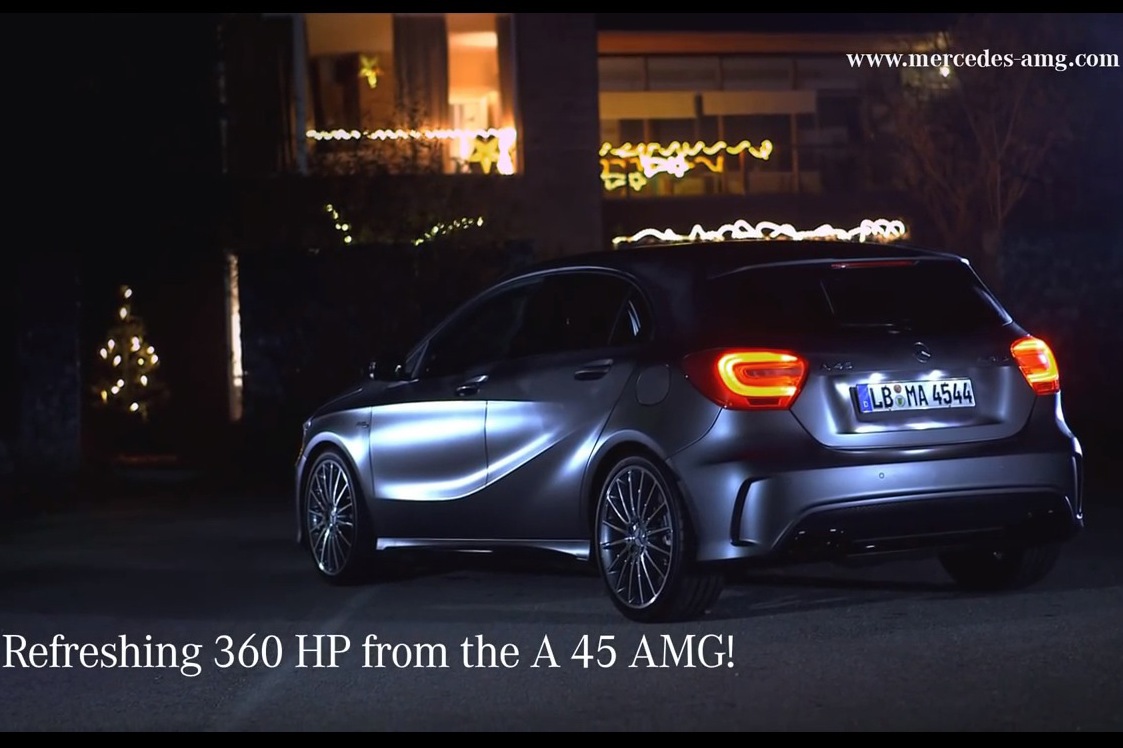 The silly season is just around the corner now and one of the first of an expected wave of holiday greeting videos has been released. This one is from ze Germans, specifically, the marketing team behind the A 45 AMG pocket rocket. The video tries to claim the car has the potential to make you feel young again. It’s as cheesy as American food.