Images of the new 2014 Jeep Cherokee spotted in a production facility have caused Jeep to officially reveal the somewhat strange-looking all-new model. As you can see, it showcases a brand new face for the company. 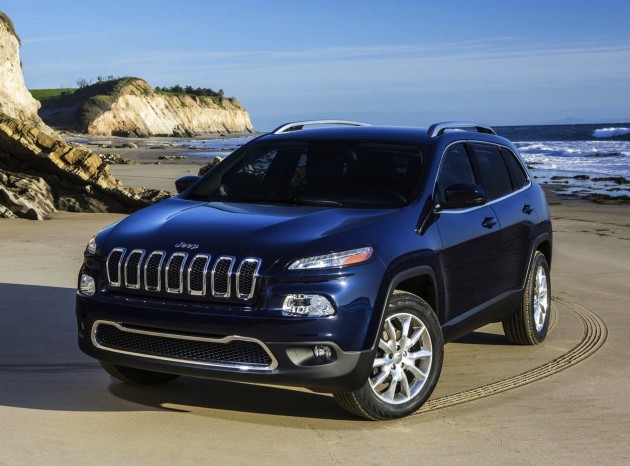 It’s unknown at this stage if the new model will make its way to Australia – we’ll keep you updated on that – but in terms of off-road performance, the Cherokee has always been up there with the best of them. And for this new model, Jeep is promising no different. The company says,

Jeep has refrained from releasing full engine specifications until a later date. According to international reports, the new Cherokee will come with at least two different engine options including a 2.4-litre ‘Tiger Shark’ petrol four-cylinder, and 3.2-litre V6.

A turbo-diesel 3.0-litre is also possible, taken from other Chrysler-Jeep models. In the 300 and Grand Cherokee, the 3.0-litre TD produces 176kW and 550Nm.

In terms of design, well, it’s certainly causing a stir among media and fans. Whether you like it or not, the new Cherokee showcases very slimline headlights, a perch-up chrome grille at the front, and a similar body as the Grand Cherokee bigger brother.

UPDATE: Jeep Australia has announced the new Cherokee will go on sale locally during the final quarter of 2013. Official specifications are yet to be finalised.