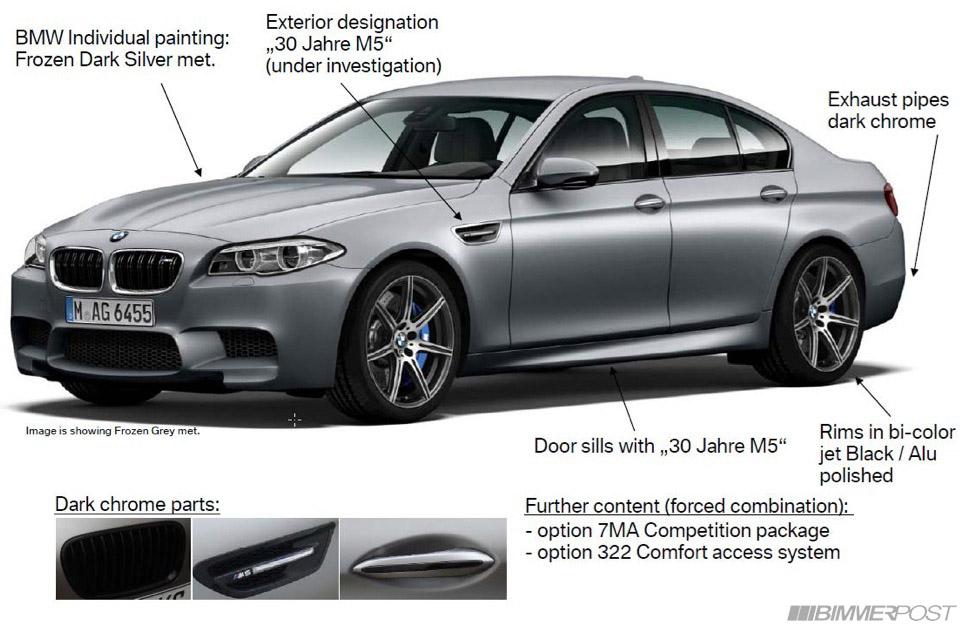 With the 30th anniversary of the mighty BMW M5 just around the corner, BMW M is set to launch a special anniversary edition. Images, that appear to be official brochure scans, have surfaced online revealing some details. 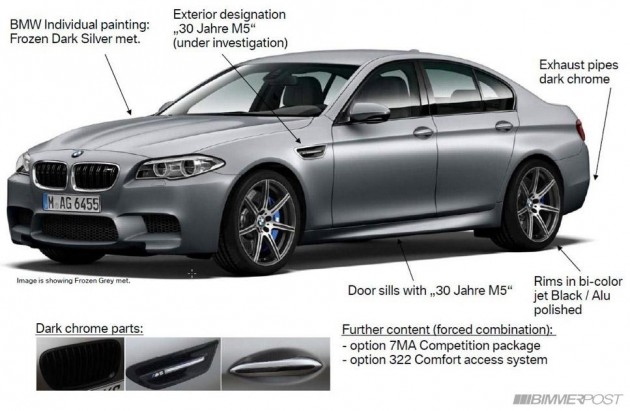 BMW isn’t as big on special editions as some of the rivals. There have been a few based on the M3, but not many on the larger M5. According to various reports BMW M is developing a unique edition to help celebrate its birthday.

While BMW is yet to mention anything specific, the images, first picked up by BimmerPost, do seem to provide confirmation that such an edition will exist.

The images show various bespoke exterior highlights such as dark chrome door handles and exhaust pipes, as well as special badges, and some 20-inch two-tone alloy wheels with polished spokes.

By the looks of it, BMW M might be planning to produce just 300 of them. A full debut is expected to take place at the 2014 Goodwood Festival of Speed in June. Stay tuned for updates.