Honda has unveiled a revised version of the stunning new Honda NSX concept car that originally debuted at last year’s North American International Auto Show. The latest version gets even closer to representing the full production car, which will arrive in 2014/2015. 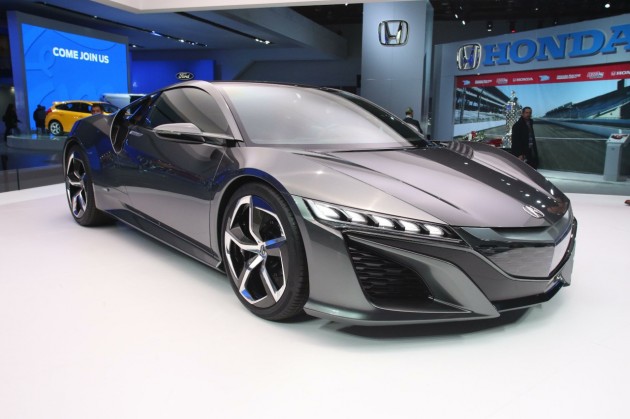 The main update for the concept is the interior, which is fully previewed in this latest concept. Honda says it is aiming to provide a cabin with great visibility, a “strong driving position”, and a new “Simple Sports Interface” for the controls and settings.

Like the previous generation Honda NSX supercars, the new version will maintain that firm synergy between man and machine, with minimised clutter inside, allowing a driver to focus on the joy of driving. 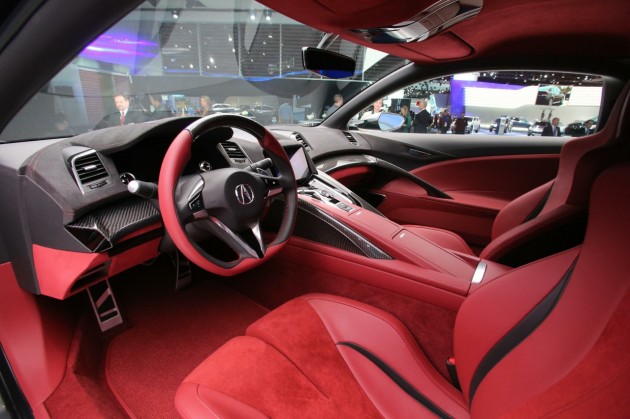 In terms of engine performance, the new Honda NSX will be powered by a naturally aspirated V6 engine with direct injection, as well as a complex hybrid electric motor setup. Drive will be sent through a Super Handling All-Wheel Drive (SH-AWD) system for maximum grip and acceleration.

It’s too early to know if the NSX will make its way to Australia. We certainly hope so.