BMW M has released a clever and humorous marketing video as part of its BMW M Town Story series, called The Drop. It essentially mimics and even mocks trends seen in technology and fashion industries during new product releases.

It starts off with an E30 M3 owner waking up to a rev counter alarm clock that produces the sounds of a revving M engine. He then discovers on news and social media that something big is coming to town; a new product for BMW M car fans. 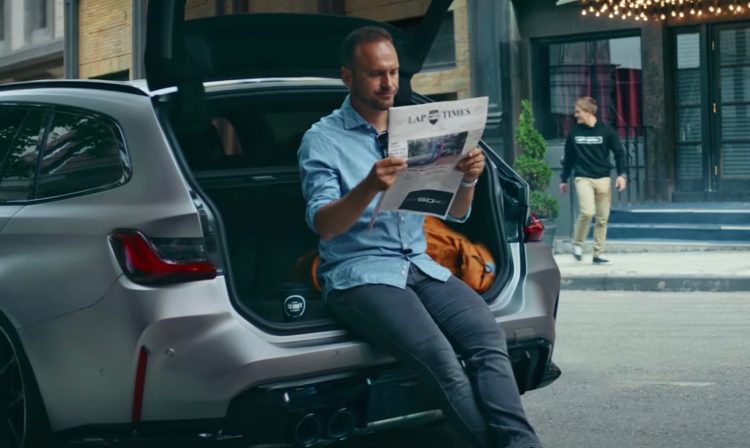 Some special guest appearances include popular YouTube channel hosts Shmee150 and Mr AMG. However, the coolest appearance is by BMW M CEO Markus Flasch. He’s seen casually sitting in the back of the upcoming M3 Touring, reading a newspaper titled Lap Times. 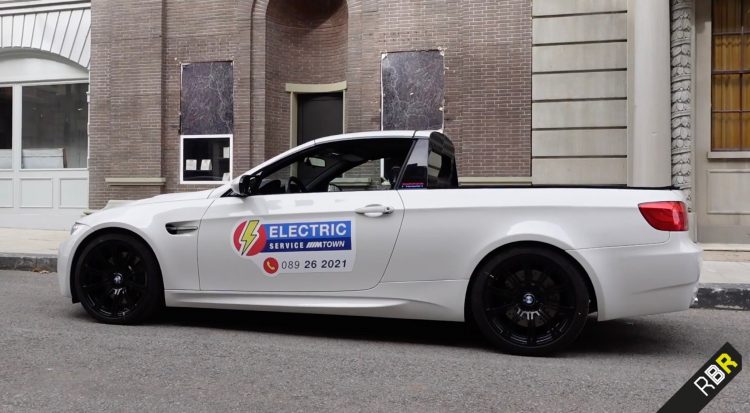 There are a heap of little Easter Eggs and teasers in the video as well, including suggestions of an electric M car. The set, which is actually in Bulgaria but designed to look like the city of New York, features an M charging station on the footpath. That crazy M3 pickup concept also has an electrician-style logo on the side with a phone number potentially hinting at a debut date of 2/6/2021 – seen in Mr AMG’s behind-the-scenes video, further below. 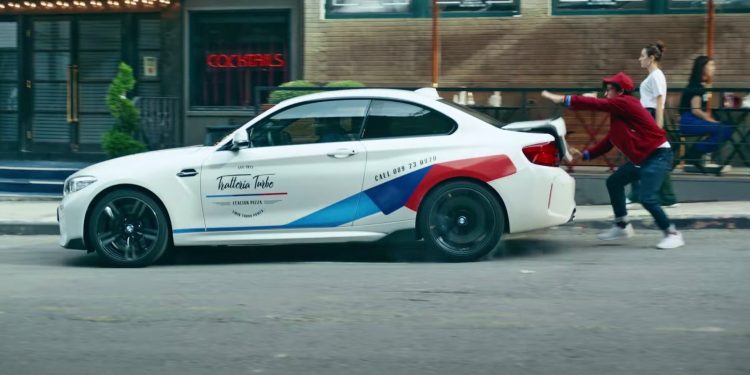 You’ll also see some funny bits if you’re quick enough. At around the 1:16 mark an M2 is waiting to collect a pizza delivery but the driver seems to get a bit anxious. At around the 0:52 mark a brass band marches across the road, belting out the tunes of a revving engine.

At around 0:56 you’ll seen a quick glimpse of a driver wearing a helmet with the name ‘Gercollector‘ on the side, with a giant teddy bear in the passenger seat. That’s in reference to a German car collector and popular Instagram user who sometimes likes to showcase his car collection with giant teddies.

Check out the full video below, and the behind-the-scenes clip beneath it. In terms of the M3 Touring, it’s not set to debut until late 2022 or 2023.