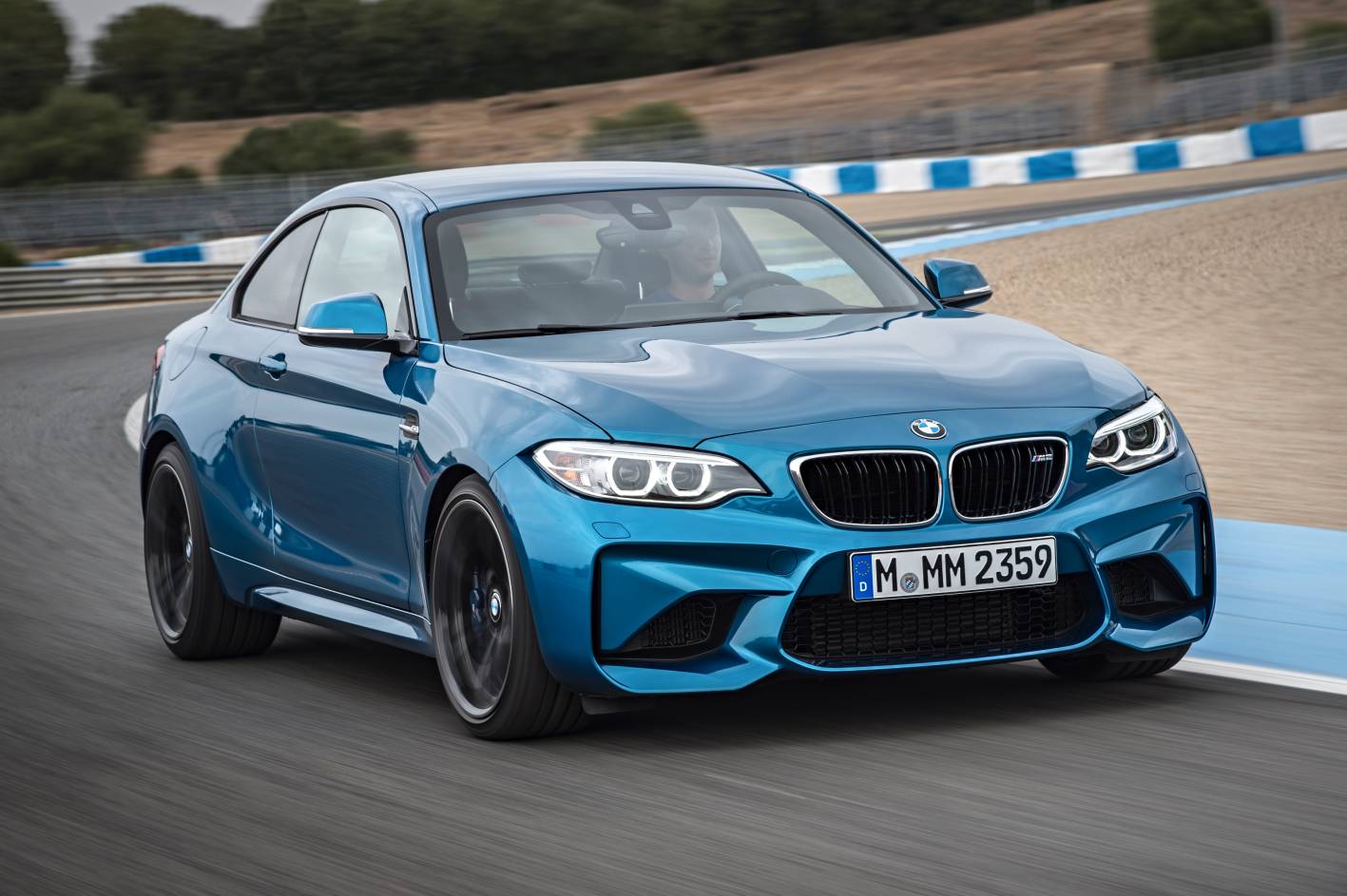 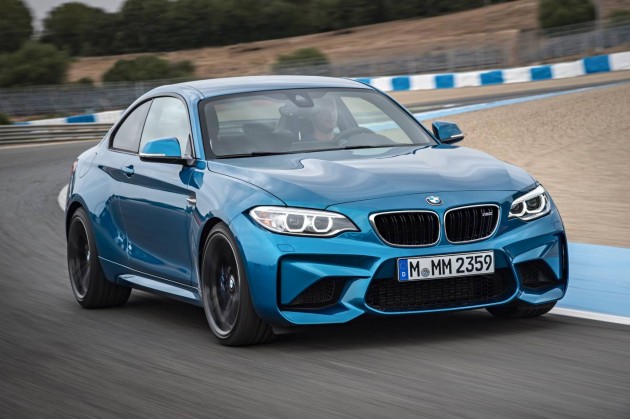 Based on the 2 Series coupe, the M2 is completely overhauled by M division to create a focused driver’s car. It’s inspired by the classic BMW 2002 turbo from over 40 years ago, and the original BMW M3 E30 series.

Starting with the engine, it is, as originally reported, a 3.0-litre turbocharged inline six unit developing 272kW of power at 6500rpm, and up to 500Nm of torque during maximum throttle ‘overboost’ – 465Nm in normal conditions, between 1400-5560rpm.

Out on the tarmac the little monster can conquer 0-100km/h in just 4.3 seconds when using the launch control function and the optional seven-speed dual-clutch automatic transmission. The top speed is limited to 250km/h. Fortunately for hardcore fans, a six-speed manual is standard, providing 0-100km/h in 4.5 seconds. Despite the awesome performance, fuel consumption on the combined cycle test is rated at 7.9L/100kmh for the auto and 8.5L/100km for the manual.

Further extending on the 2 Series, M division has fit its own unique electronic Active M differential, as well as M Servotronic steering with two settings, along with special M performance brakes. There’s also an M Dynamic Mode (MDM) for the stability control system which allows some slip and “controlled drifts on the track”.

Inside, the cabin is luxurious yet sporty, with plenty of bespoke M details. Sports seats, an M sports steering wheel, M gear lever, and sporty pedals are all part of the standard package, as are Alcantara door cards.

Like the interior, the exterior is dressed for the occasion. It rolls on 19-inch dished alloy wheels wearing 245/35 front and 265/35 rear tyres, while at the back is a traditional quad-outlet exhaust system. In our opinion, it looks just as muscular as the M4. 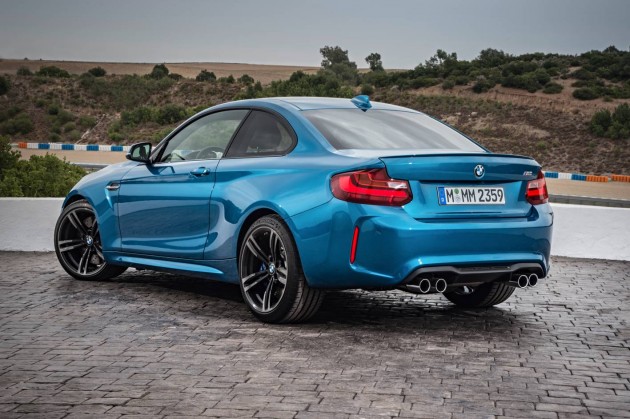 BMW Australia is yet to confirm the M2 for the local market, but it is highly likely to join the range next year. It’s expected to be priced just below the M4, at around the $100,000-$120,000 mark. Seen as though BMW is specifically calling the car the “M2 Coupe”, this could suggest a convertible version is on the way later down the track. See PDF screen shots below for all specifications (click for larger font): 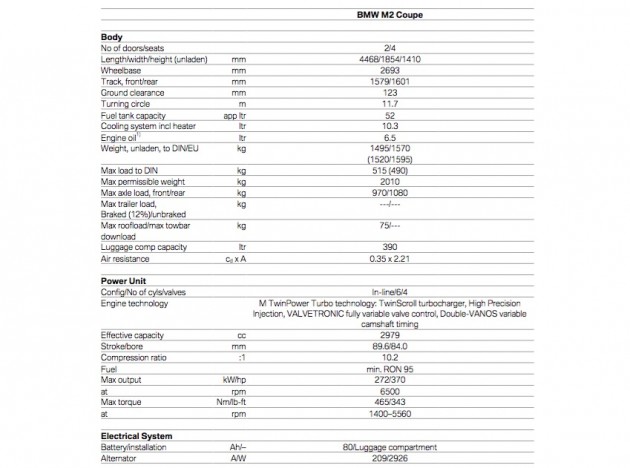 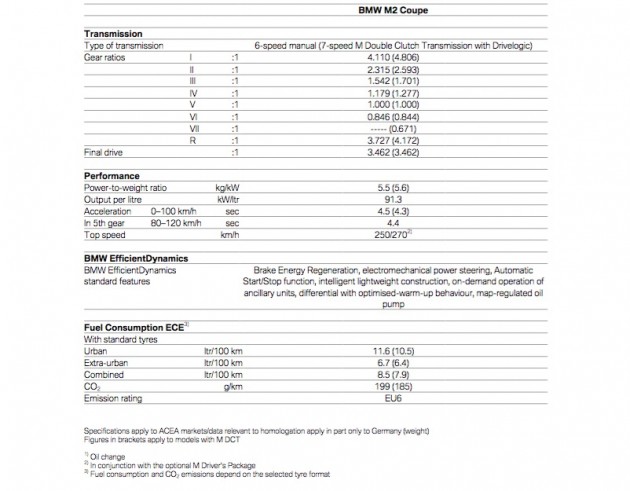