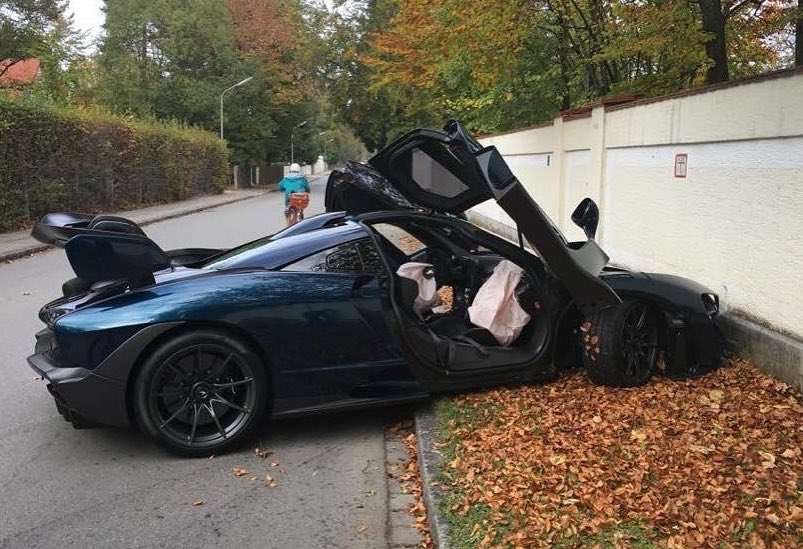 If you’ve ever bought a brand new car, you’ll know it can be a very exciting day. Unfortunately, the new owner of this new McLaren Senna was a little too excited, crashing shortly after taking delivery. 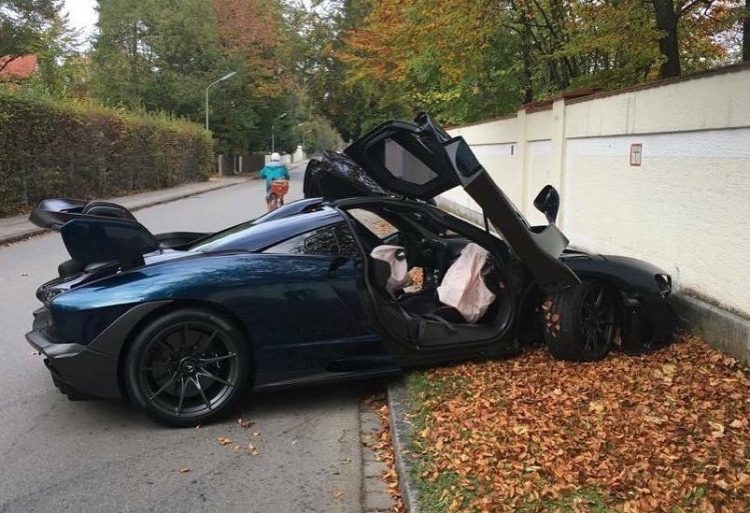 This could be the first McLaren Senna crash on public roads. It happened in Munich, Germany, this week. And, as you can imagine being one of just 500 examples built, it didn’t take long for images of the incident to spread on social media like wildfire.

Thanks to Instagram page joshsnow, we get a pretty good look at the hypercar shortly after the crash happened. It appears the driver lost control and slid off the road, only to be stopped by a rigid concrete wall. You can see tyre marks on the ground leading up to the vehicle.

It doesn’t look like it was a high-speed crash. Well, at the time of impact it doesn’t look like the car was travelling very fast. The damage looks fairly minor, although the sudden stop was abrupt enough to activate the airbags inside.

It’s understood nobody was serious injured in the crash. And by the looks of it, the McLaren Senna will probably be repaired and live to see another day as well. The windscreen looks to be intact, and the main pillars don’t seem to be damaged.

The really unfortunate part of this crash is that, apparently, the owner had only picked up the car earlier that day. You can only imagine the anguish they must be feeling right now.