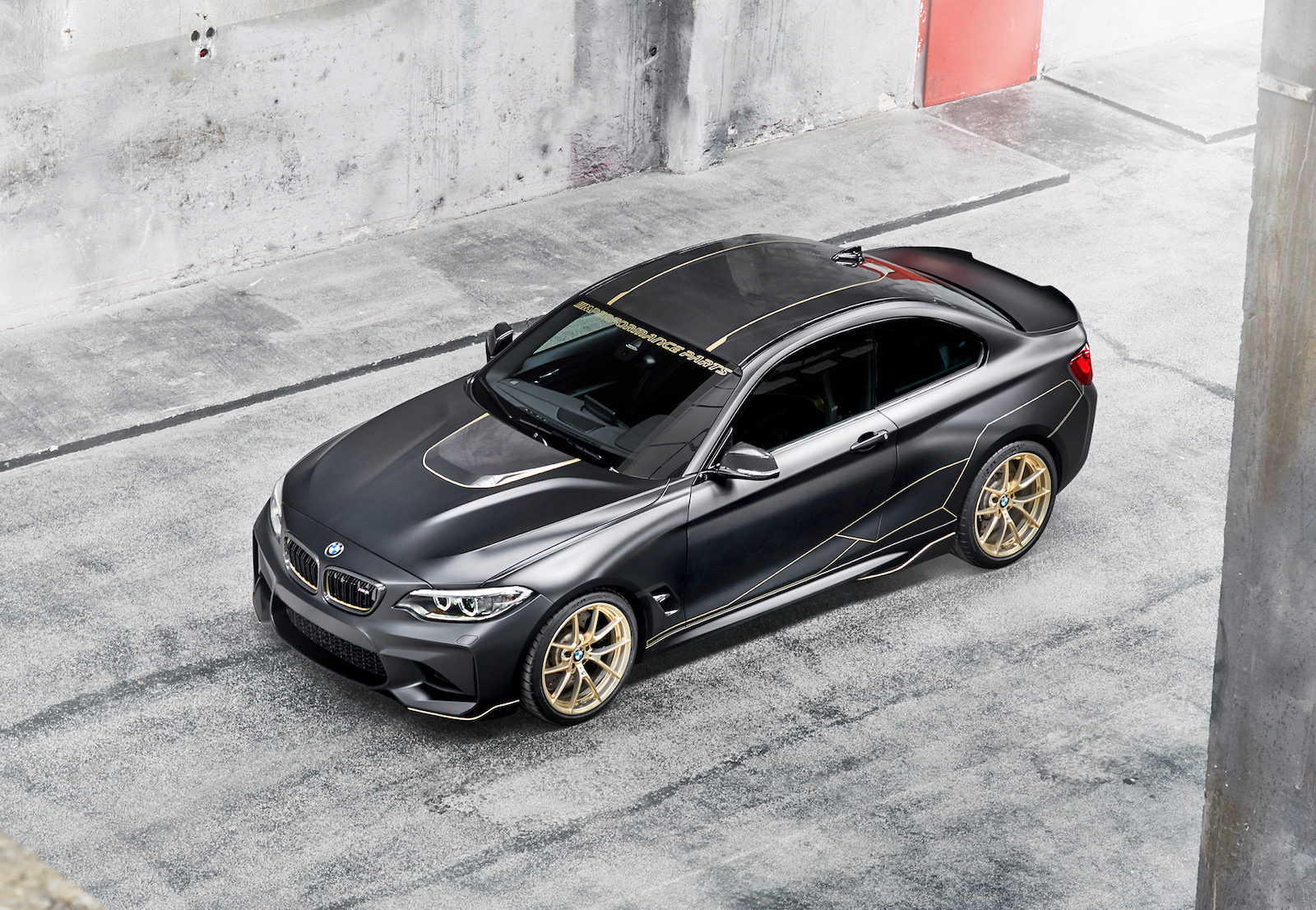 BMW has revealed a hardcore concept based on the M2, called the BMW M Performance Parts Concept. It showcases the full potential of the M Performance division and previews some accessories that will soon be available on the market. 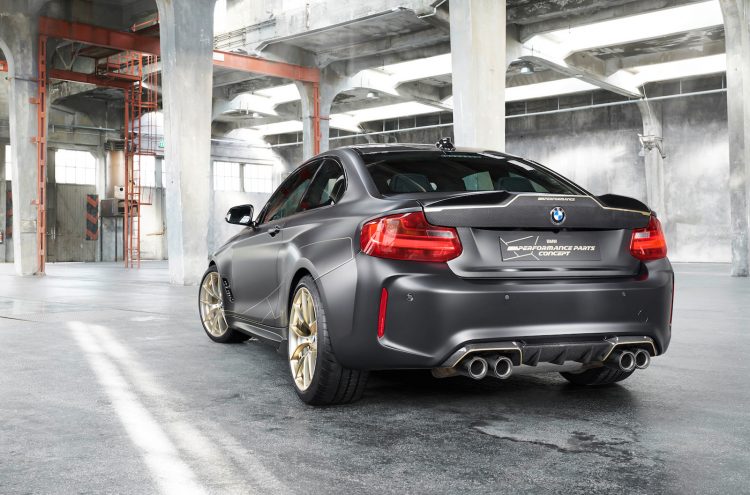 Around at the front there’s a carbon grille, which will be available on the market from July, featuring a gold highlight line. Moving up and you’ll find a carbon fibre bonnet, set to hit the market in July also, saving 8kg over the regular item.

It doesn’t stop there. The front guards are also made from carbon and are set to hit the market from November, saving 3kg, along with a carbon fibre roof (saving 6kg – available from November), side skirts, and winglets. Lastly, one of the few parts that aren’t made from carbon are the set of 19-inch M Performance forged Y-spoke 763M wheels in Frozen Gold. These are set to be available from July. 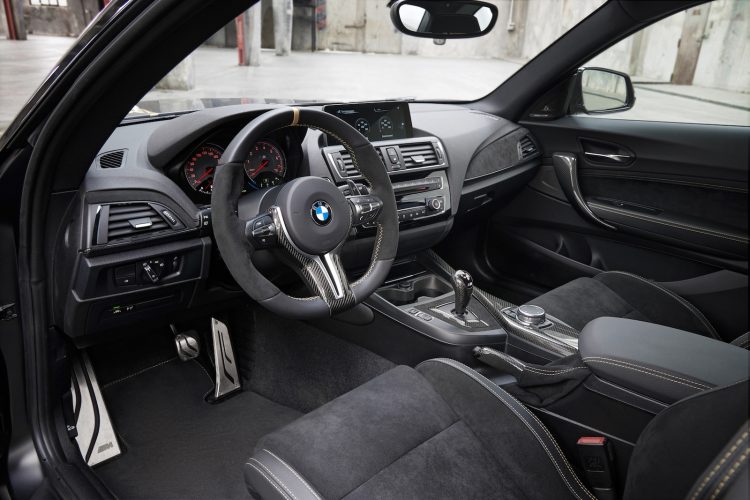 Passengers are treated to a very special decor inside, with Alcantara used for the carbon fibre seats and steering wheel. The lightweight front seats save 9kg and then the rear seat is also 13kg lighter. Many of the interior trimmings are featured in carbon, of course, including the M Performance Pro steering wheel. In fact, they should have just called this the carbon concept.

Lastly, the mechanical stuff underneath has been upgraded. There’s an M Performance coilover suspension setup that is able to lower the car by 20mm, with 12 different compression settings and 16 rebound settings to play around with. A special battery is also implemented to save a further 14kg.

Overall, BMW says the concept weighs over 60kg less than the equivalent BMW M2. A public debut is taking place at the Goodwood Festival of Speed, which starts today (tonight, UK time), including a sprint up the famous hill climb.