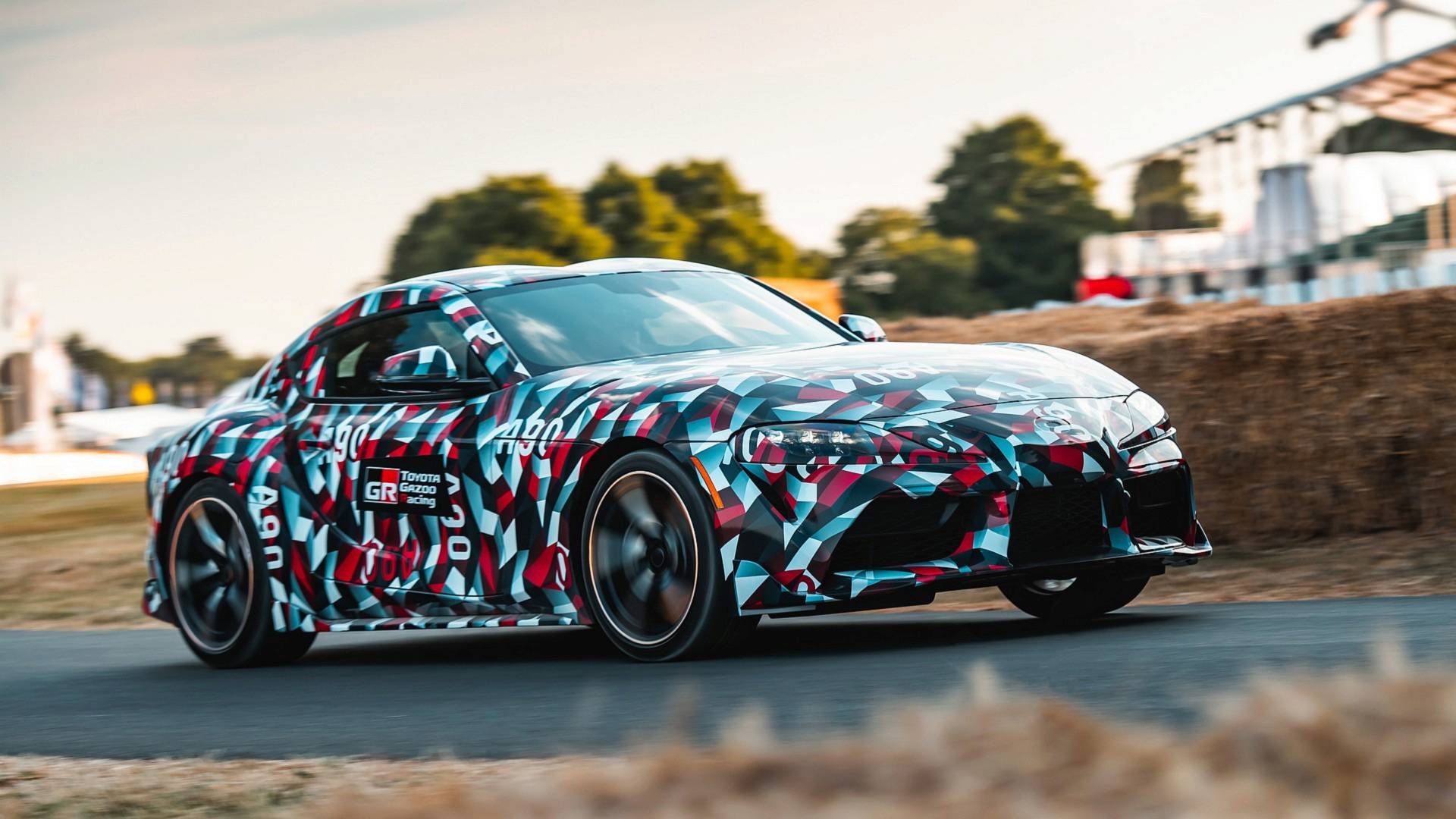 The new A90 Toyota Supra has made its dynamic debut at the 2018 Goodwood Festival of Speed in the UK. Unfortunately, it’s still in prototype form and features a coloured body wrap to disguise its design. 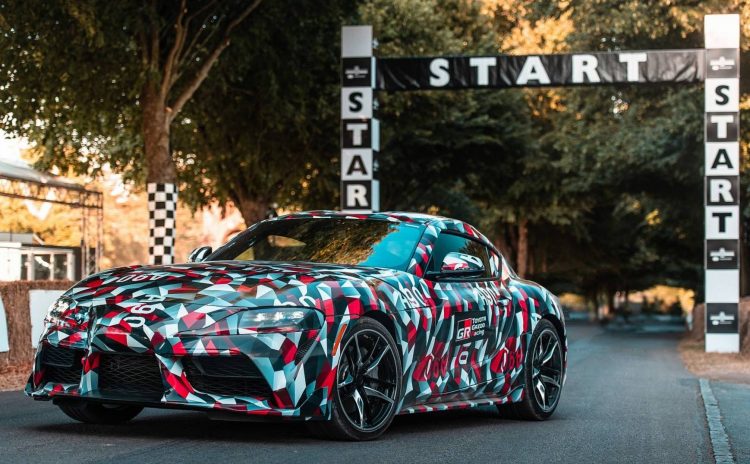 Footage comes straight from the Goodwood YouTube channel, giving us the first taste of the A90 Supra’s hill climb performance and, more interestingly, the soundtrack. What you’ll hear is the sweet sounds of a turbocharged inline six engine.

The engine is set to be BMW’s B58 3.0-litre unit that currently produces 250kW and 500Nm in some BMW models. Power figures haven’t been confirmed for the Supra just yet, but speculations suggest it could develop much more than that with a special GRMN edition later down the track.

Buyers are also set to be offered more affordable variants with a 2.0-litre turbo-petrol four-cylinder developing around 185kW. As far as we know, all variants are likely to come with an automatic transmission only, albeit with the fun of rear-wheel drive. 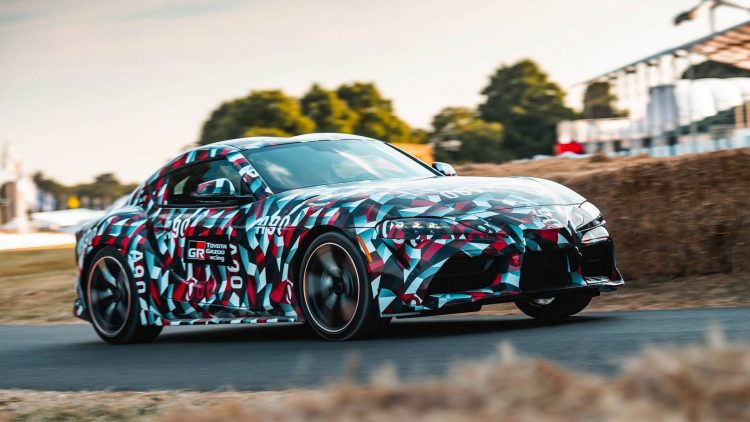 We guess the other news from the video is the design. Although it is still a prototype and wrapped in colourful camouflage, the general body shape and proportions are outlined. At the front is the three-part intake system as seen on the FT-1 concept model, while the rear features some muscular haunches and a neat diffuser.

It’s expected Toyota will give the new Supra a proper unveiling some time later this year, potentially at the Paris motor show in October. We’ll keep you updated. In the meantime, check out how it goes in the video below.