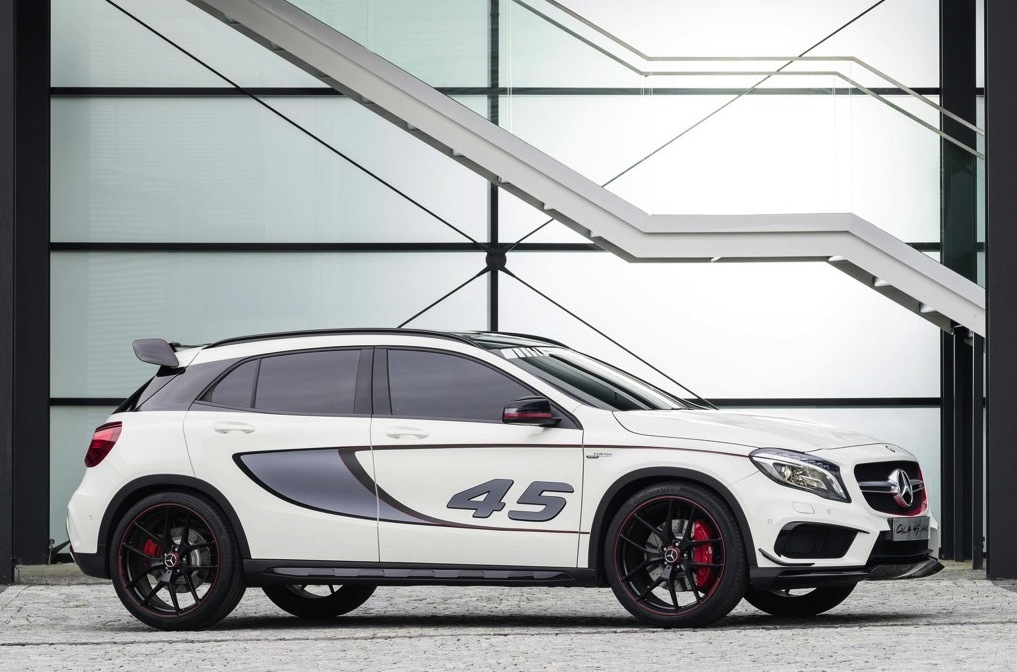 Showing some serious potential for the performance SUV market segment, Mercedes-Benz has unveiled the GLA 45 AMG concept at the Los Angeles International Auto Show in the US. 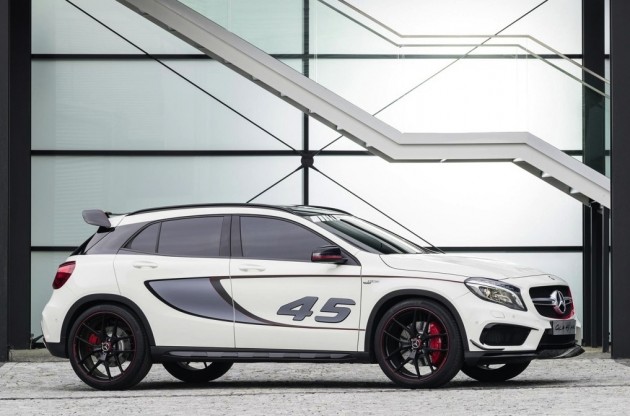 The GLA-Class will be the company’s entry into the small-to-medium SUV market segment, and, like most showroom Mercedes models, an AMG version is probably on the way. This concept is a preview of what to expect.

It’s like an A 45 AMG only with the ride height and jumped up styling of an SUV. Power comes from the same 2.0-litre turbocharged four-cylinder producing a record-breaking 265kW and 450Nm.

Power is sent through a seven-speed dual-clutch automatic transmission and into a complex all-wheel drive system. The mighty combination enables 0-100km/h acceleration to be taken care of in under 5.0 seconds. 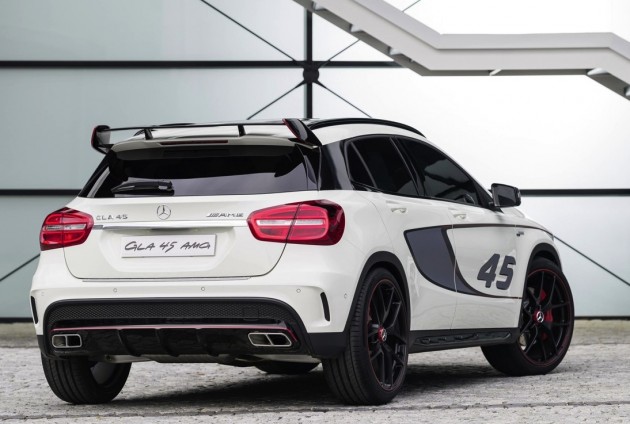 To make sure the visual impact is just as hard-hitting as the mechanical performance, the GLA 45 AMG concept showcases a full bodykit with front and rear spoilers, 21-inch alloy wheels, a chunky rear diffuser, and various ‘TURBO AMG’ and ’45’ logos throughout.

Although this concept isn’t set to go into production as is, it is likely to inspire an upcoming production model. Tobias Moers, chairman of the board of management of Mercedes-AMG GmbH, said,

“With the Concept GLA 45 AMG we are setting a stake firmly in the ground of the strongly growing market segment of compact SUVs. Our customers – a young target group who set great store by styling, dynamism and independence – can now start looking forward to a dynamic high-performance car.

“The most powerful four-cylinder engine in the world and the AMG Performance 4MATIC all-wheel-drive system add up to make the Concept GLA 45 AMG a unique proposition.”

The regular GLA-Class will go on sale next year.