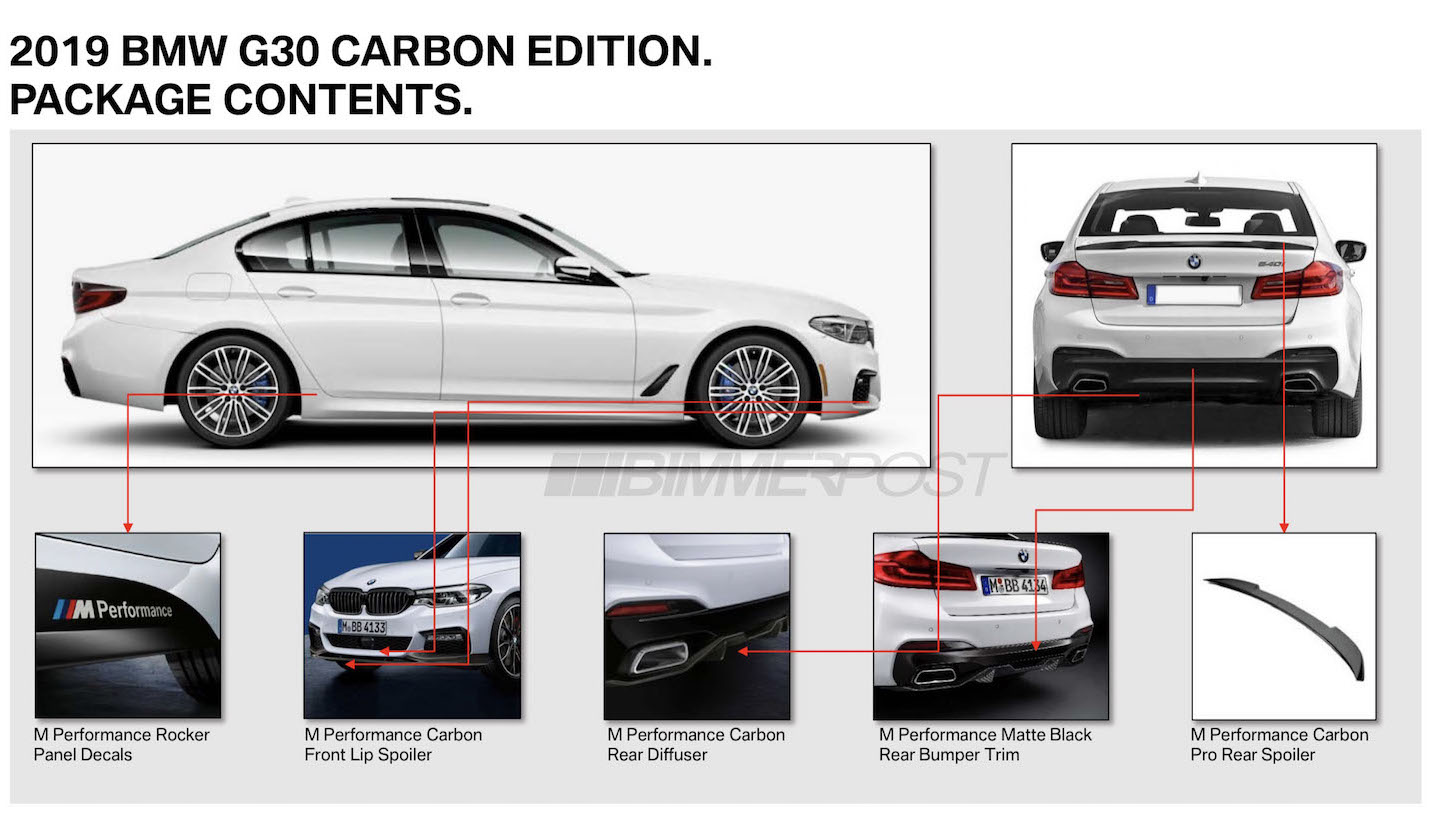 It seems BMW is about to introduce a special 5 Series Carbon Edition, at least for the US market, with images and details recently hitting the web confirming such a model. 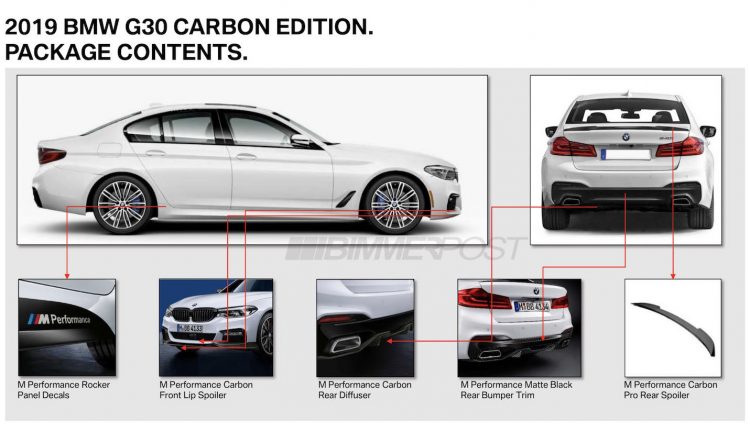 The latest-gen, G30 5 Series has been around now for a few years, but it looks like BMW is looking to spice up the range. These images and details have been dug up and posted in a Bimmerpost forum, showing special carbon fibre treatment for the executive sedan.

Other highlights include a set of 19-inch M alloy wheels, M Sport brakes, and the rest of the gear included with the full M Sport package such as sports suspension. There’s also some Carbon Edition badges, and a black Dakota leather upholstery for the interior.

At this stage it looks like the 5 Series Carbon Edition will be available for most variants in the range, and for the US market only. However, there is a chance other markets might take some inspiration from the package and come up with something pretty similar.

In Australia, customers can of course opt from a huge range of M Performance parts and accessories for most models in the showroom. In fact, you could probably put together a very similar setup to this package shown.