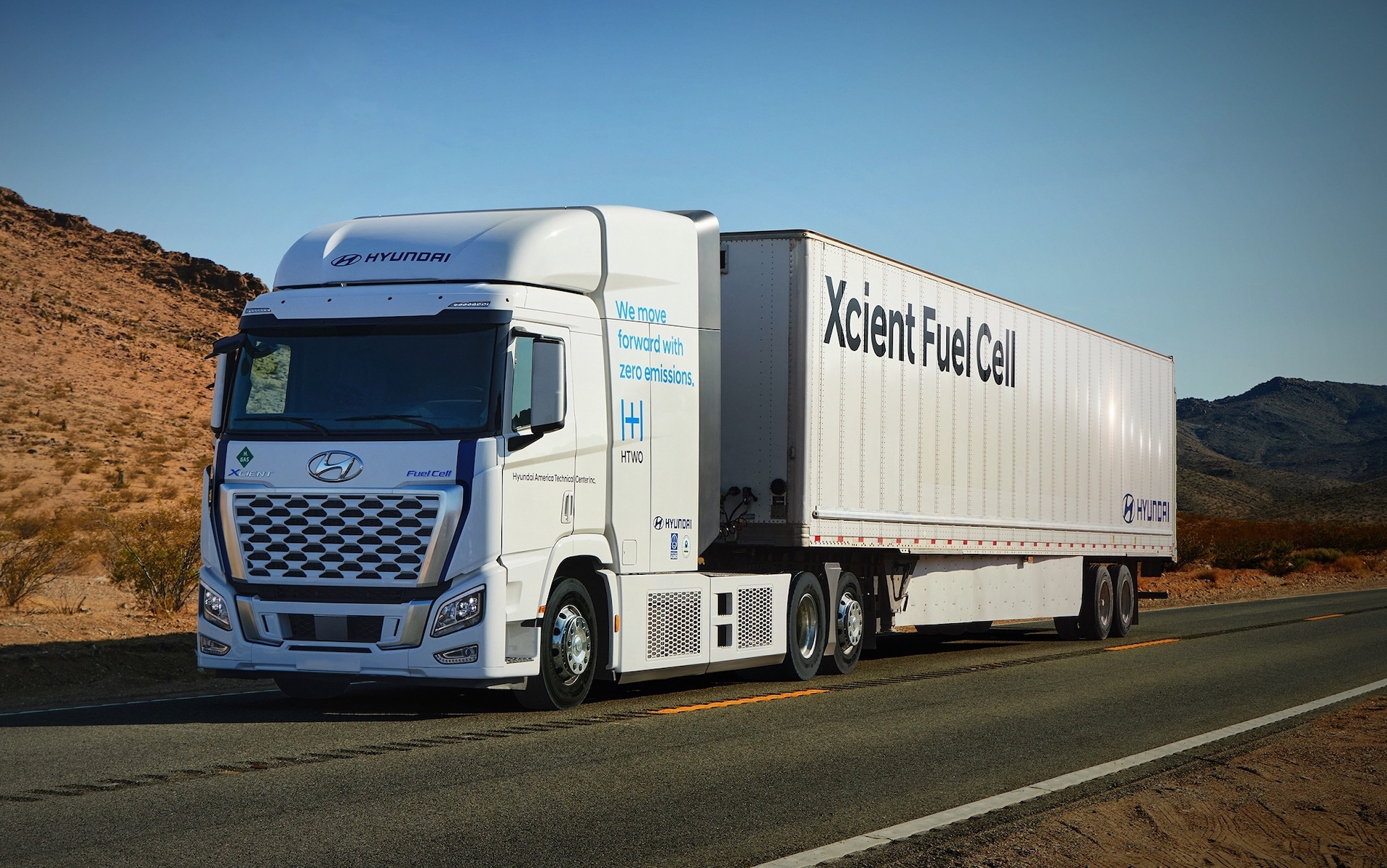 Hyundai has confirmed a partnership in California that will see the supply of 30 hydrogen fuel-cell electric trucks, called the XCIENT, for a series of projects designed to improve the state’s air quality. 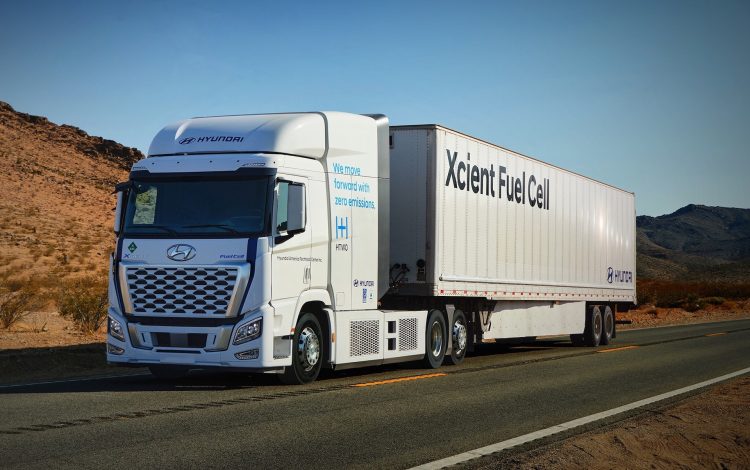 The publicly-funded project will see a fleet of 30 XCIENT fuel-cell trucks – currently the world’s first mass-produced, heavy-duty truck powered by a hydrogen fuel-cell – hit the Californian roads for a lengthy testing process.

The 12-month project will be the largest deployment of Class 8 hydrogen-powered trucks in the USA when it gets going in the second quarter of 2023, with logistics provider, Glovis America, operating the fleet. Part of the plan calls for the construction of a new high-capacity hydrogen refuelling station in Oakland, California, that can service up to fifty trucks with 30kg of hydrogen per truck.

Hyundai’s XCIENT fuel-cell truck was first unveiled in Switzerland last year, and Hyundai has wasted no time in validating its proof of concept as a reliable and environmentally-friendly means of transporting goods over long distances.

The company claims that its US models provide a maximum range of 800km between fill-ups, after clocking up more than 1 million kilometres of real-world testing. Hyundai has plans to deliver as many as 1600 XCIENT fuel-cell trucks to Europe by 2025, after delivering 46 units to Switzerland last year.

Hyundai says that in the process of racking up more than 1 million clicks, its hydrogen fleet has reduced overall CO2 emissions by 630 tonnes. It has also received more than $29 million in grants from the Californian environment and energy boards, as the state struggles to deal with high levels of air pollution.