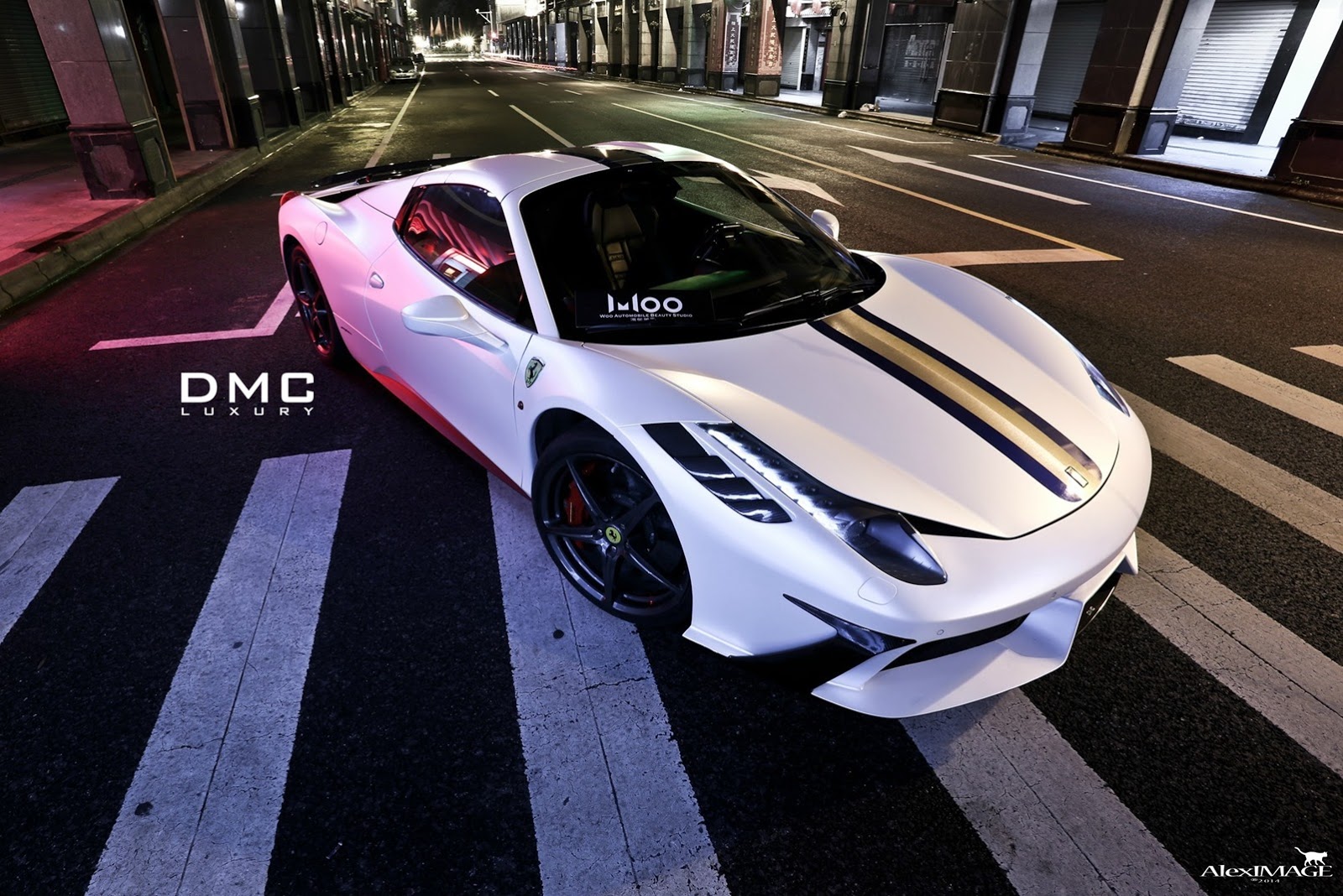 If you’re finding your Ferrari 458 isn’t standing out enough and isn’t attracting the amount of attention you’re after, DMC could have just the thing. This is the firm’s latest styling program, and unless you’re driving past a crowd of blind people, it is sure to turn a lot of heads. 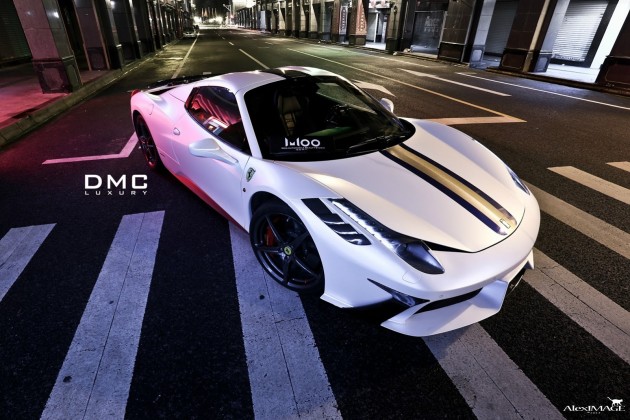 Called the DMC Monte Carlo Carbon Edition, the program is mainly about enhancing the already-gorgeous looks of the 458 via the application of many carbon fibre body parts and aero enhancements.

Being named after one of the richest places in the world, Monte Carlo, the kit is all about making an impression. It comprises of a custom front bumper bar with side winglets, new guard vents, darkened headlights, and some racing stripes down the centre of the car. 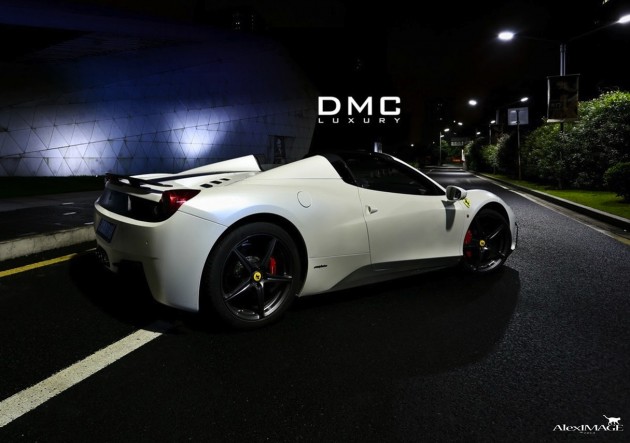 There’s also a set of sinister alloy wheels measuring 21 inches on the front and 22 inches at the back. The wheels are coated in dark grey to match the other dark highlights.

In the engine compartment, the 4.5-litre naturally aspirated V8 is left untouched. Although, with 425kW produced at an ear-pinching 9000rpm, the excitement levels aren’t low.