As far as we know, these are the first official images of the all-new Mercedes-Benz CLA-Class. The images have only just surfaced online through a leak, showing a full view of the exterior and interior of the new compact four-door coupe. 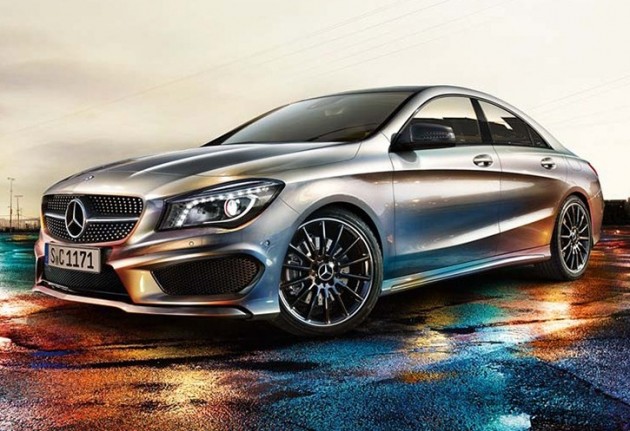 The new model isn’t expected to be unveiled until the 2013 North American International Auto Show in Detroit next month. As a surprise Christmas present, these images give us an early look. The car pictured is believed to be fitted with an optional AMG upgrade package which includes at least a bodykit and large alloy wheels.

In case you’re wondering, the CLA-Class is a new sleek four-door that will sit beneath the successful, and larger, CLS-Class. The CLS has been out now for around seven years and enjoyed not only sales popularity, but it has also etched in a new vehicle layout for other companies to follow; the four-door coupe.

Hoping to take a slice of the sales cake, under the wings of the CLS, the CLA will be looking to appeal to the younger, and more entry-level segments, especially as the CLA is based on the company’s latest MFA front-wheel-drive-inclined platform, which also underpins the new A- and B-Class. 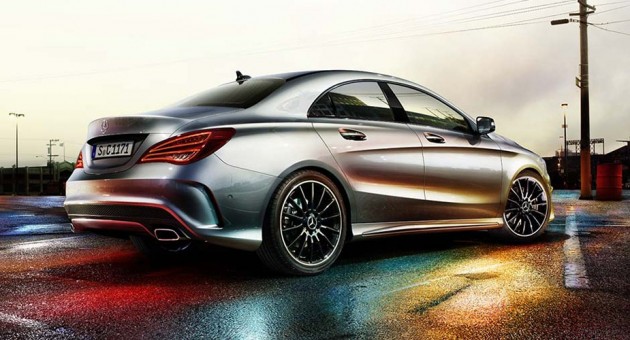 In the CLA, power is expected to come from a similar range of turbo-petrol and turbo-diesel four-cylinder engines as seen in the B-Class. The engines Mercedes-Benz will decide to borrow specifically are still unclear. Outputs could span from 80kW for the entry diesel, up to 155kW for the top-line ‘CLA 250’ petrol.

For us performance enthusiasts, an muscular AMG version is also on its way. It is highly likely to come with the new, highly potent 2.0-litre turbo which will sit in the engine bay of the upcoming A 45 AMG super-hot hatch. Outputs are slated to peak at around 260kW and 450Nm-plus. 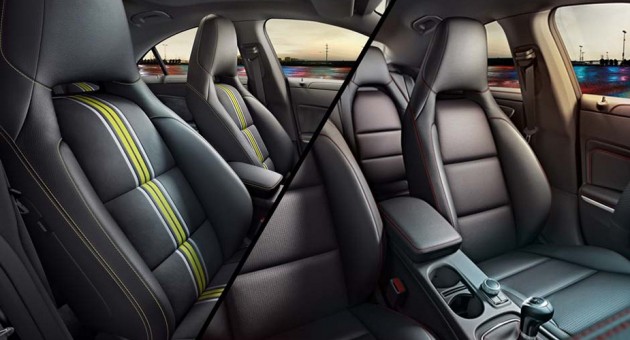 As previously reported, the CLA-Class will come with, at least as an option, the company’s 4MATIC all-wheel drive system. This is likely to be a more available option in international markets where snow is a frequent condition. The AMG version will come with the system no matter what market it’s sold in.

We’ll be sure to provide full details, including Australian market entry dates and prices, as soon as we can.