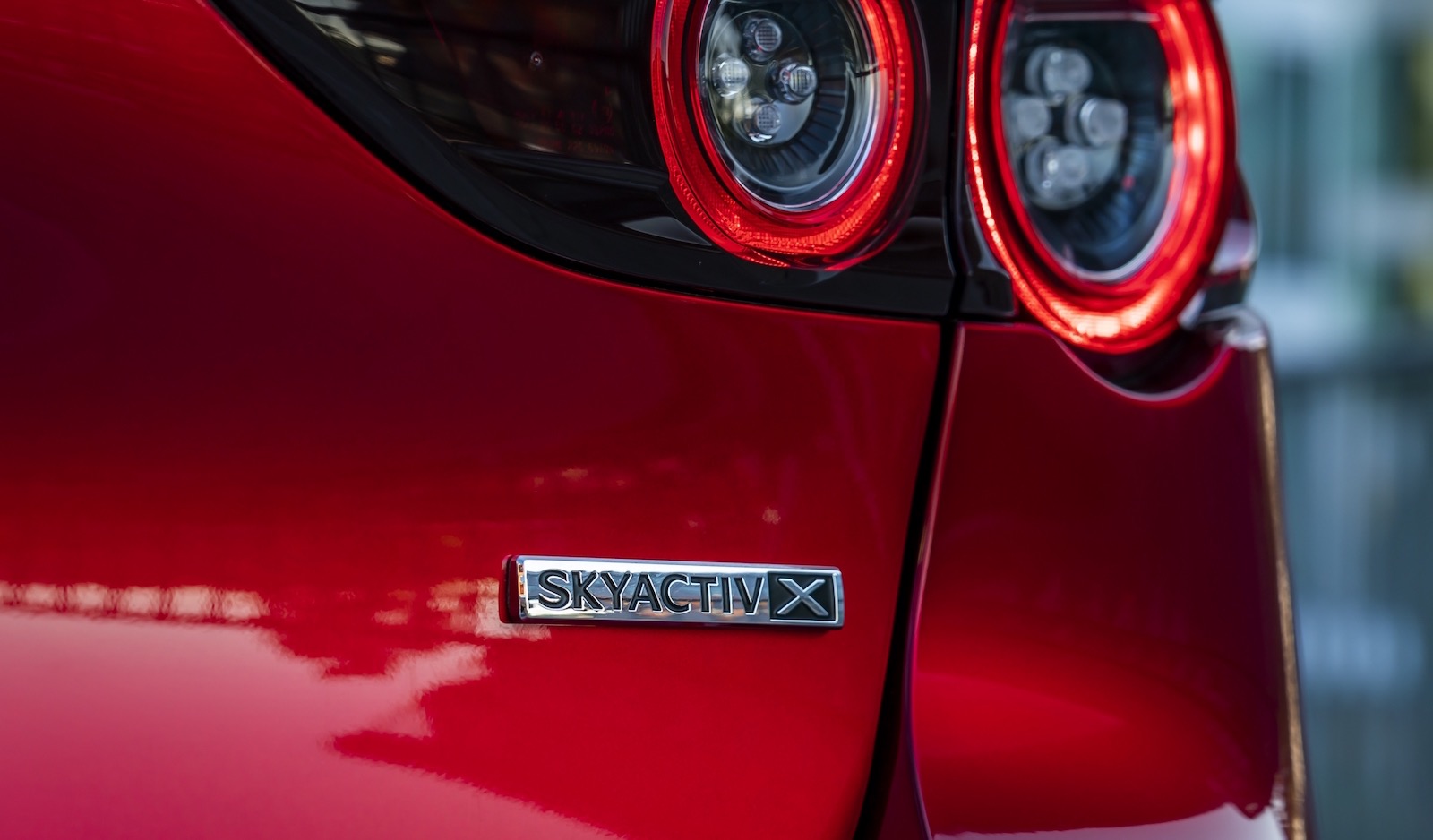 Mazda Australia has announced initial details for its all-new Skyactiv-X M-Hybrid powertrain, which will be introduced for the 2020 Mazda3 in August and the CX-30 later in the year. 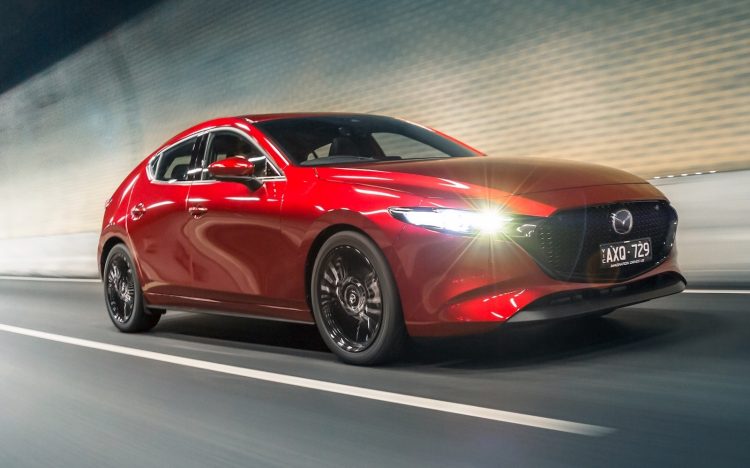 Full specifications for the local market are yet to be confirmed, however, the new powertrain comprises of a 2.0-litre four-cylinder petrol. It features Mazda’s innovative Spark Controlled Compression Ignition (SPCCI) technology, which essentially means it can run using compression ignition, a bit like a diesel. Mazda explains:

“This new engineering concept allows the engine to switch seamlessly between conventional spark ignition and compression ignition combustion by using a spark to trigger both types of combustion in different ways. In SPCCI mode, a split injection process creates separate zones of fuel-air mixture inside the combustion chamber. First, a very lean fuel to air mixture is injected into the combustion chamber during the intake stroke, then a zone of atomised fuel is precisely injected directly around the spark plug during the compression stroke.” 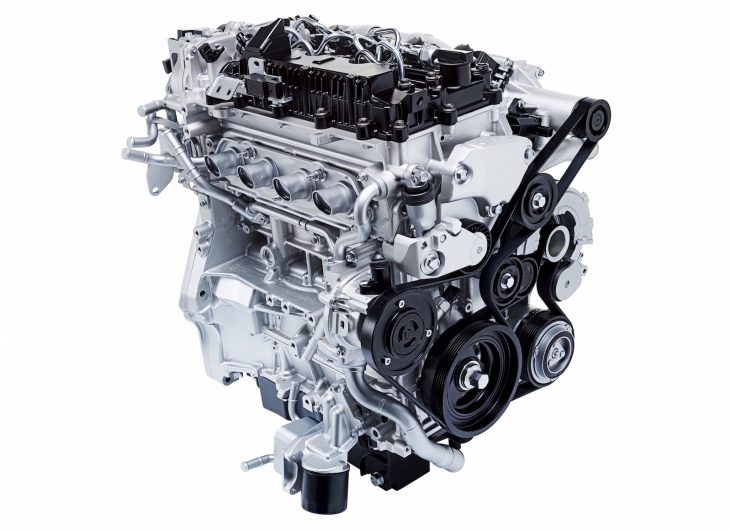 What’s the advantage? Well, Mazda says the unit offers the high-revving performance of a petrol engine but also the low-end grunt and efficiency of a typical diesel.

Paired with this is a belt-driven starter-generator which receives power from a 24V lithium-ion battery. The system is able to capture energy during deceleration, and then return that energy during acceleration, assisting the petrol motor. Overseas, the system produces 132kW and 224Nm. Speaking about the new option, Mazda Australia managing director, Vinesh Bhindi, said:

“With every customer’s circumstances being unique, we need to offer a variety of ways to reduce vehicle emissions to suit individual needs and lifestyles. Skyactiv-X offers customers a lower emission engine option, while retaining the same joy of driving that Mazda vehicles have always offered.”