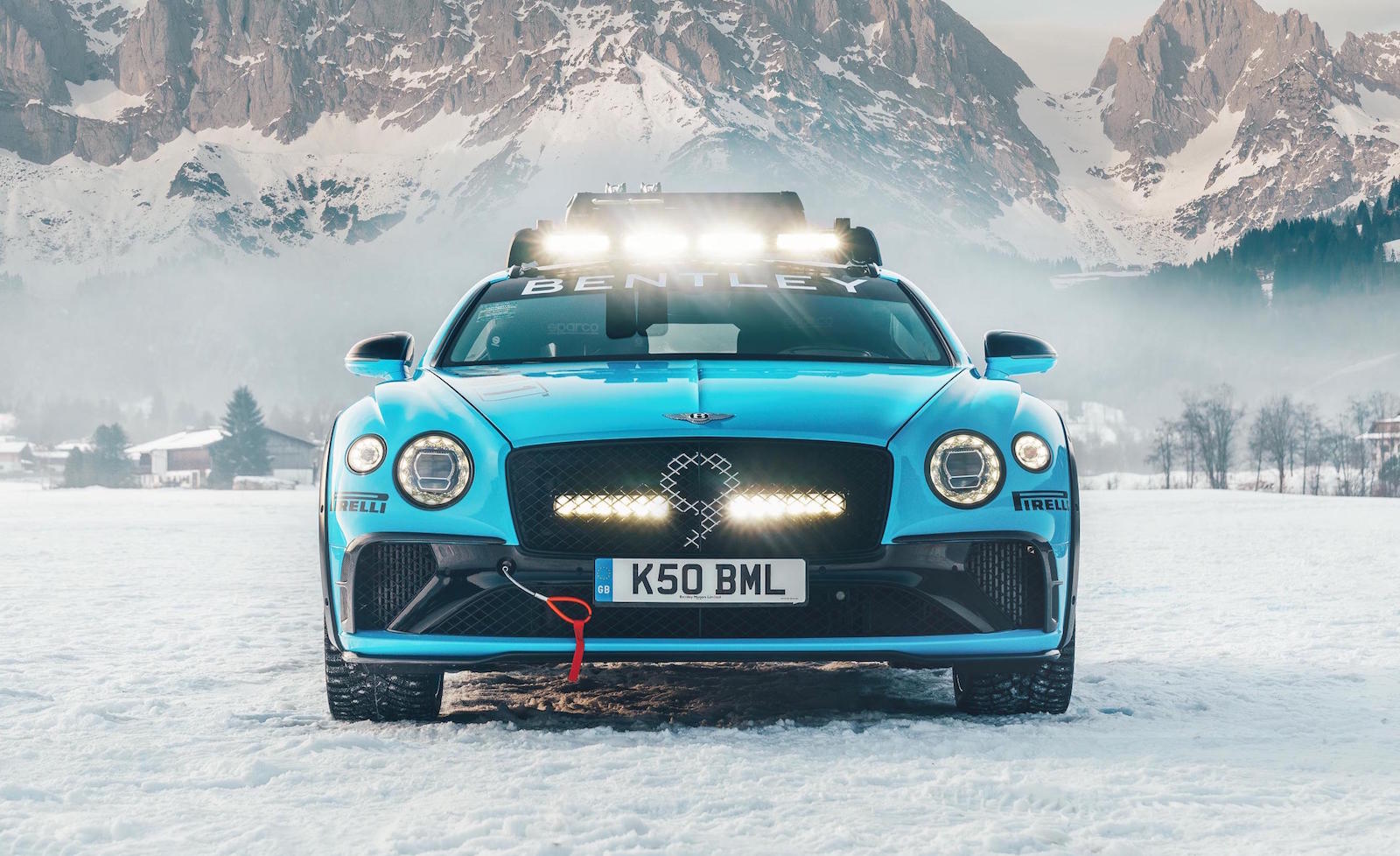 Bentley has revealed a unique version of its latest Continental GT for the 2020 GP Ice Race in Austria, taking place early next month. It will be piloted by Junior World Rally Championship driver Catie Munnings. 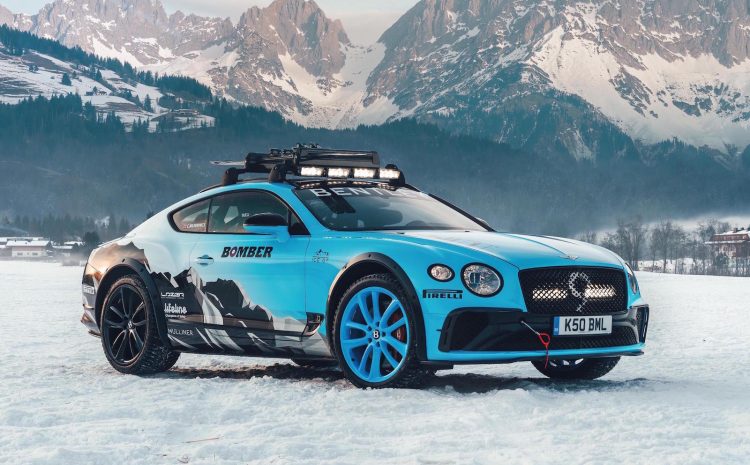 The special Continental GT ice racer is pretty standard in terms of specification, aside from the installation of a roll cage and racing buckets for safety purposes. Power comes from the same 6.0-litre twin-turbo W12 engine as the production version, producing 467kW and 900Nm. This is capable of propelling the big coupe from 0-100km/h in just 3.7 seconds.

Of course, the standard tyres are swapped for studded Pirelli Scorpion tyres to grip the ice. The suspension is also raised to provide more ground clearance over the snow, and the track width is increased by 15mm, with wheel arch extensions to accommodate the special tyres.

A custom exhaust system provided by Akrapovic has also been devised, and some powerful LED light bars by Lazer help to light up the surface ahead. The roof also features a bespoke rack which houses a pair of Bomber for Bentley Centenary Edition skis, just to show off the grand touring potential of the car. Speaking about the car and the event, Bentley’s director of motorsport, Paul Williams, said:

“I first drove the prototype Continental GTs on snow during winter testing before the launch of the car. The stability and control this car has on these surfaces is unbelievable and I look forward to seeing it race in those conditions.” 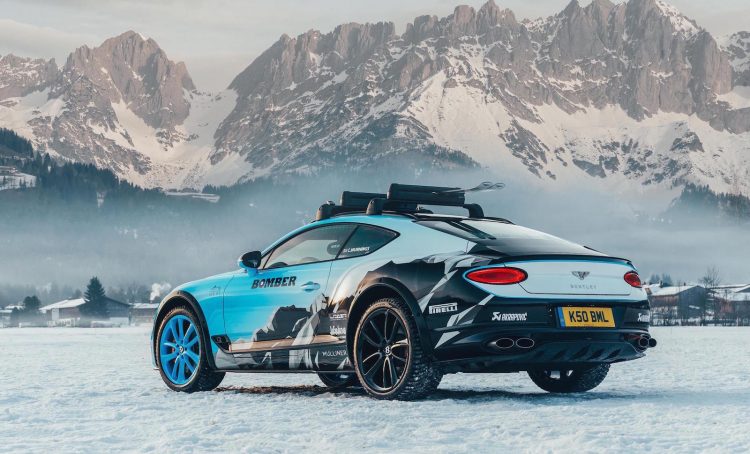 The race will take place in Zell am See in Austria, on a frozen track that’s carved from the snow. Two tests are involved in the event, including standard racing and an exhibition of something called ‘skijoring’. This involves a skier being towed by the car, although back in the days, dating back to the 1928 Olympic Winter Games, skiers were towed by riderless horses. Driver Catie Munninings said:

“I’m completely blown away by the car, and I actually still can’t believe I’m getting let loose in a Bentley to do an ice race. I spent some time on ice in the car just before Christmas. At first I thought it would feel heavy, but I was amazed by how dynamic, nimble and responsive it is. It can dance like a lightweight rally car, and I can’t wait to race it at such an iconic event.”