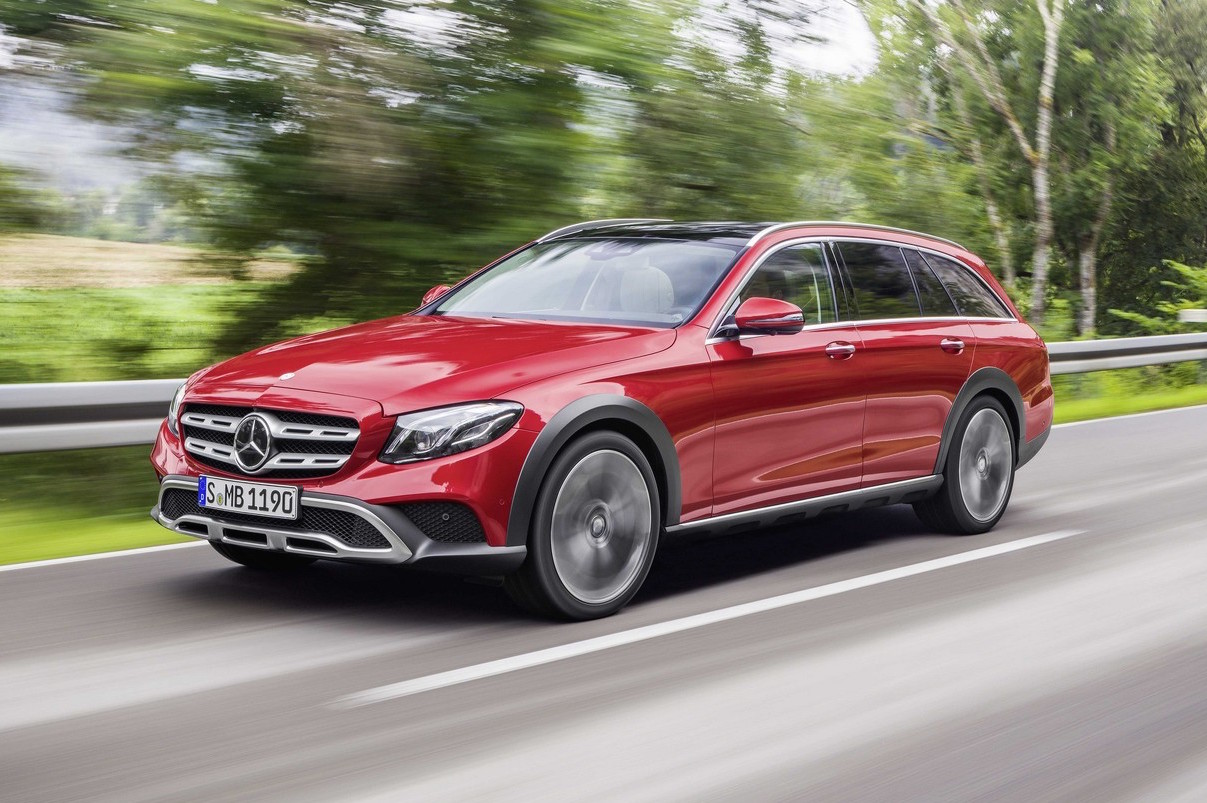 Mercedes-Benz has unveiled its first off-road version of the E-Class, called the E-Class All-Terrain. It’s looking to swipe sales from the Audi A6 Allroad and upcoming Volvo V90 Cross Country. 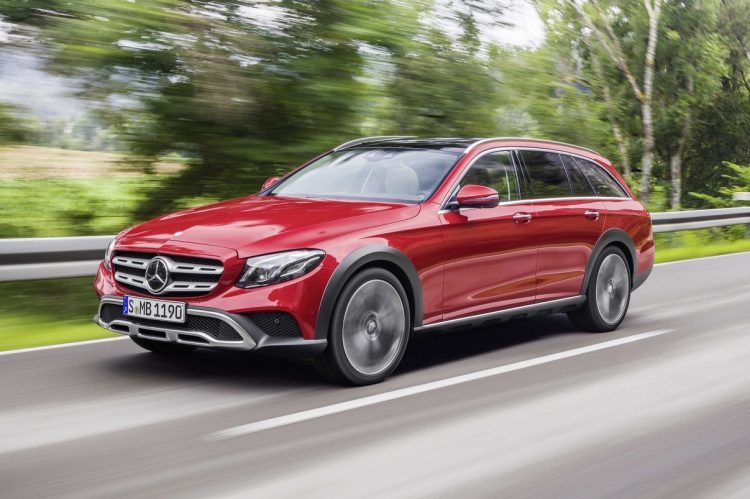 This is Merc’s new jumped up version of its large wagon. It features various body trimmings that give it a more adventurous look, such as black wheel arch extensions, black side skirts, and unique 19- or 20-inch alloy wheel options with taller multi-terrain tyres.

Underneath, the All-Terrain driving mode raises the body by 20mm via the Air Body Control suspension. This mode is operable at speeds below 35km/h. Revisions are also made to the traction and stability control systems, with active yaw control and skid control tweaked for optimum off-road traction.

Switching to this mode also brings a range of gauges to the driver’s view, such as live steering angle, suspension position, a compass, and current angle of the vehicle. It also shows lives throttle and brake position.

Mercedes says the ground clearance is 29mm greater than the regular E-Class wagon, offering an overall clearance of 121mm to 156mm, depending on what suspension mode is selected.

Mercedes Australia is yet to officially confirm the All-Terrain’s local market potential. It will be shown to the public for the first time at the Paris motor show next week.