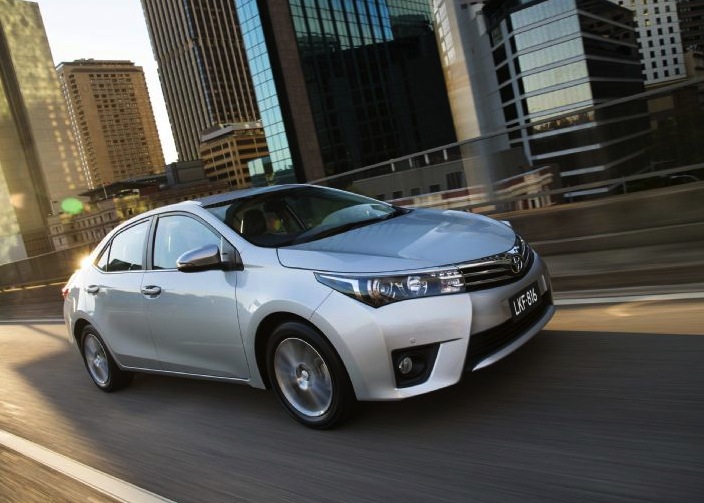 Australian new vehicle registration VFACTS figures for May 2014 have been released, with Toyota dominating the more conservative segments and the three big German brands – Audi, BMW, Mercedes-Benz – taking over the premium classes. 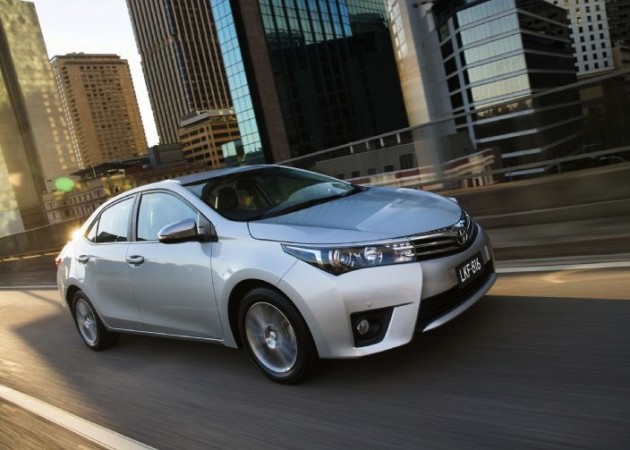 Subaru WRX sales have dwindled on the previous month’s astounding effort, dropping from 691 sales in April to just 201 in May, while the gap between the Mazda3 and Toyota Corolla was further widened by the Corolla extending its lead last month.

As for the overall best-selling manufacturers in Australia, Toyota has more than bounced back from average sales in April and holds onto the lead by a big margin. Most companies improved on April’s dismal effort as well, with Ford seeing the smallest change.

Mercedes-Benz managed to push Honda out of the top ten (2539) after coming very close in April. Kia (2444) and Jeep (2339) are now snapping at the heels of suffering Honda and could soon overtake. The top ten results for May 2014 are as follows:

What was the best-selling vehicle model for May? The trusty Toyota Corolla once again. It extended its lead on the Mazda3. Not only did Mazda3 sales take a blow from the Corolla, the Toyota HiLux has pushed it out from second spot. It’s now a battle between two Toyotas.

It’s good to see the Aussie Holden Commodore is holding onto decent figures, sitting in fourth spot as the Hyundai i30 edges closer. The top five models in terms of outright sales for May 2014 were as follows: 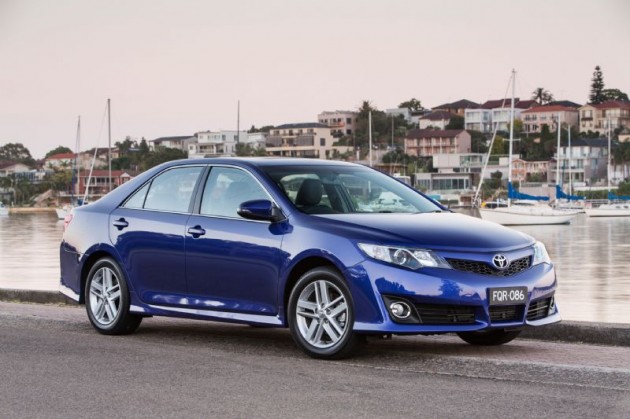 Kicking off with the semi-sporty Medium Cars under $60,000 segment, it’s Toyota once again with the Camry. Toyota sold 1522 examples in May, which is an increase of almost 300 on April’s effort. The Mazda6 sits well behind with 544 sales, followed by the Ford Mondeo (261) which pushed out April’s third-best, the Holden Malibu (106).

Moving up into the Medium Cars over $60,000 segment, Mercedes-Benz has overtaken its arch rival in the battle between the C-Class and 3 Series. Lexus is still doing very well with the latest IS sedan, holding onto third spot ahead of the Audi A4. The top five in this segment were as follows:

As for the Aussie sedans in the Large Cars under $70,000 segment, Holden is well and truly the king of this domain. The local company sold 2648 examples in May, up from 2443 in April. Ford Falcon sales continue to suffer, however, there was a spike in May with the company posting 706 sales. This is up on April’s 653 figure. The Toyota Aurion is hanging in there with 390 sales, up from 310 in April. 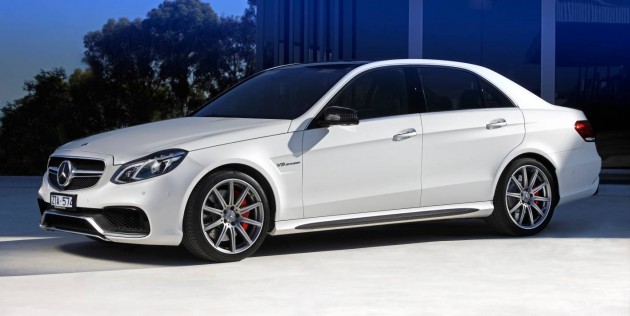 Stepping up a class into the premium Large Cars over $70,000 category, BMW has regained its often second place on the podium with the 5 Series. The Audi A6 was shunted from second place, pushed back down into fourth by the Jaguar XF. The favourite was the E-Class though, with impressive figures. The Lexus GS was also pushed out from the top five by the Mercedes CLS-Class. The top five vehicle sales figures in this segment were as follows:

In the fun-loving Sports Car under $80,000 category, the Toyota 86 is still the king. And it’s no wonder, really. The company surpassed a 100,000 global sales milestone recently, with a whopping 10 per cent of those sales attributed to Aussie buys.

VFACTS is continuing to place the Subaru WRX in the small car segment with the Toyota Corolla, but we’ll continue to report it here where it should be. Subaru WRX sales took a bit of a tumble in May, especially after impressive sales in April. The rally icon should be sitting in third spot. The top five sellers in the category were as follows: 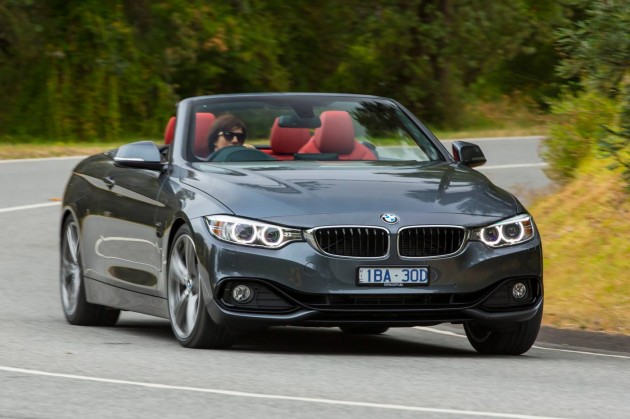 In the more desirable Sport Cars over $80,000 segment, BMW is going strong with the new 4 Series (3 Series two-door replacement). It managed to fend off the popular C-Class Coupe from Mercedes by a tiny margin. The Mercedes-Benz SLK has sneaked its way back into the top five, pushing out the Jaguar F-Type from April. The top five sellers in this category were as follows:

Where we all want to be, the Sport Cars over $200,000 segment saw some changes to the popular order. The top two favourites remained unchanged in terms of order, with the legendary Porsche 911 continuing its success, followed by the BMW 6 Series. In the lower order, the Jaguar XK fought it out with unspecified Ferrari models for fourth place. The top five in this category were as follows: 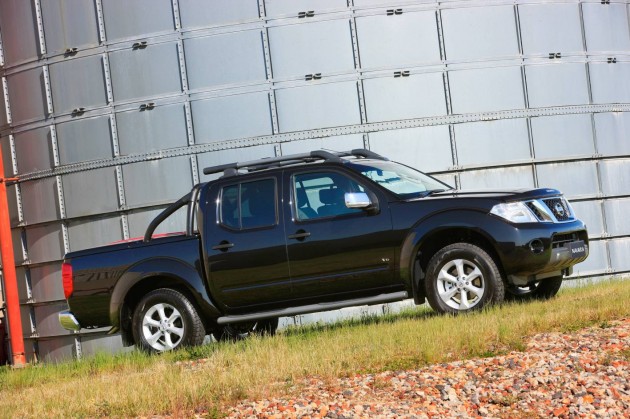 Over in the popular 4×4 ute segment, it’s all Toyota, Toyota, Toyota. The HiLux (2427) remains the obvious favourite, outselling its nearest rival by around 500 sales. The rest of the lineup saw some jumps in sales compared with April figures. The second most popular was the Mitsubishi Triton (1959), followed by the Ford Ranger (1734).

Combined 4×2 and 4×4 ute sales increased from April’s poor result. The top ten remains mostly unchanged although the Nissan Navara moved back up from 7th spot into its more usual 5th place. The top ten 4×2 and 4×4 combined figures for May 2014 were as follows: 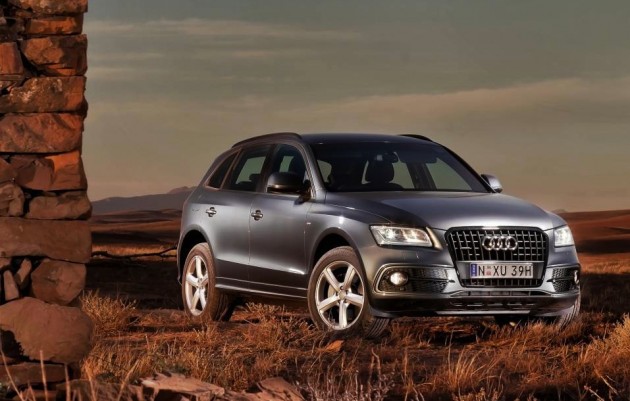 Finally, the SUV segments saw some minor increases across the board compared with April figures. The Mercedes-Benz GLA-Class was off to a cracking start but it seems the excitement has backed off a bit.

The Jeep Grand Cherokee has returned to the top of its class, while the Mazda CX-5 is back in form and on top of the RAV4 in its class.

In the higher end segments, the BMW X5 is the clear favourite in the large category, and the Audi Q5 is the favourite in the mid-size segment. Range Rover Sport sales are continuing strong and have overtaken the Mercedes-Benz M-Classs for May.

In all SUV segments, the top-sellers for May 2014 were as follows: 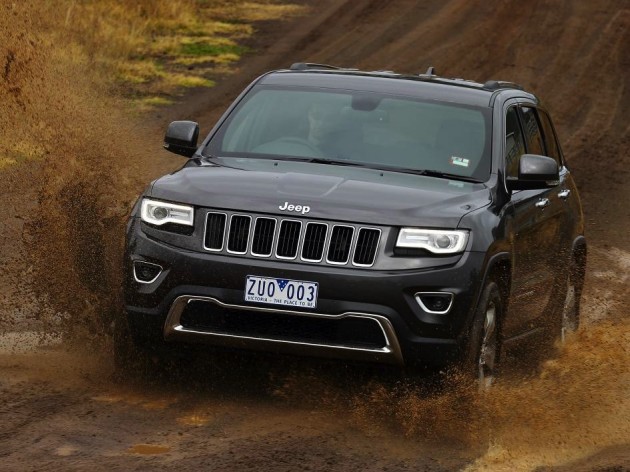 Total new vehicle sales in Australia in May jumped back up to more usual figures after April’s slow effort, with 94,562 sales in May compared with just 80,710 in April. The figure is slightly down on the May 2013 effort of 96,788.

As for what fuel types buyers preferred in May, the sales figures for private buyers in terms of vehicle fuel were as follows (passenger, SUV, and light commercial combined):