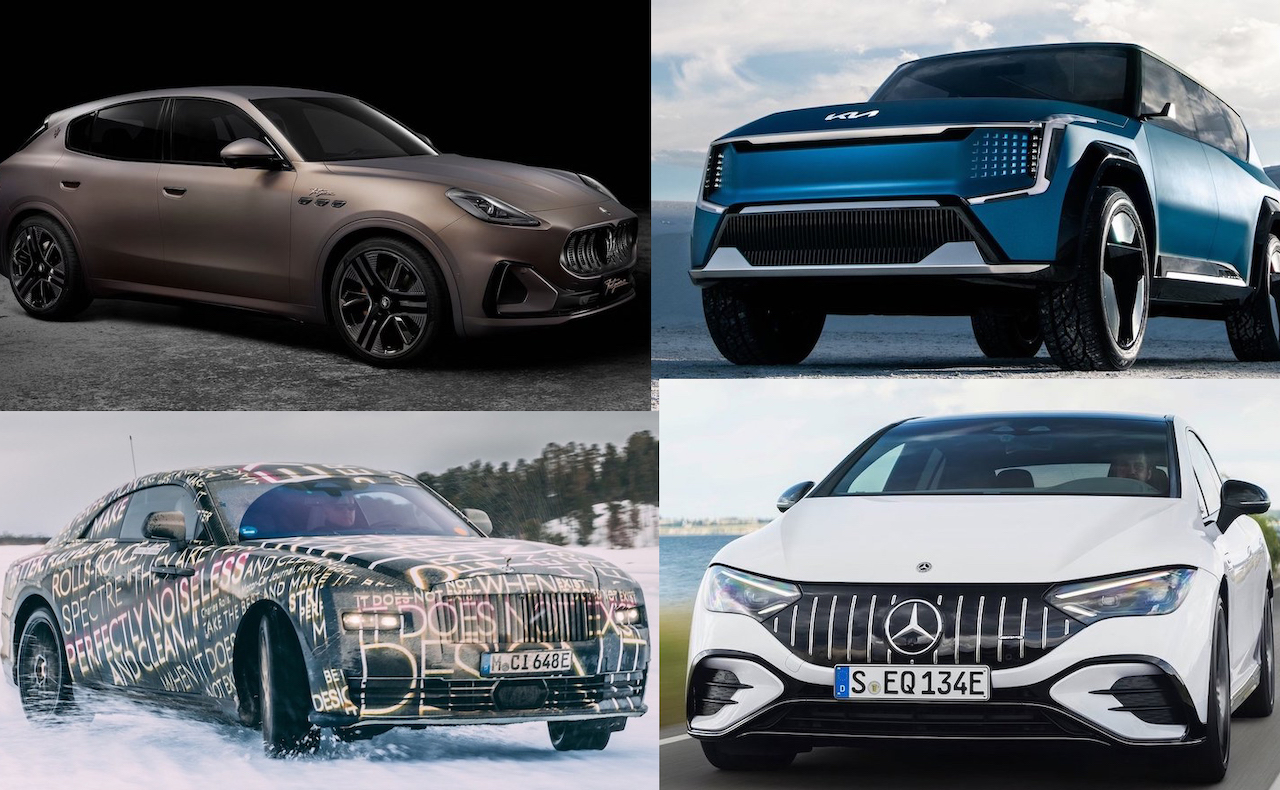 There are a heap of all-new fully electric vehicles on the horizon, from pretty much every car brand. It’s going to be difficult for customers to decipher which ones are suitable for their needs.

We’ve put together a top 10 list of just some of the upcoming electric vehicles (EVs) to look forward to. Some are locked in for Australia for 2023 while others are yet to be confirmed but expected. There might production and supply delays for various models too which could cause an overflow into 2024. Check out the list below, in order of when they are expected to arrive. (We’ve put links in each title for more information on each model.) 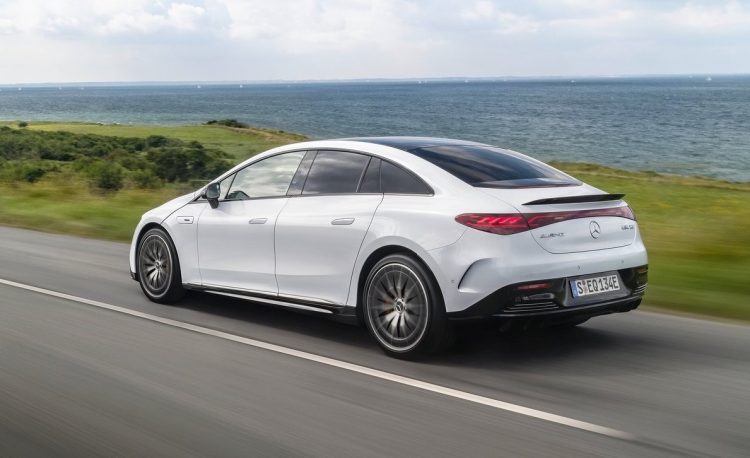 Three letters that can jump-start pretty much any auto enthusiast’s heart are AMG. You’ll be pleased to know, then, that AMG has been working away on high-performance variants of the sleek EQE; effectively an all-electric E-Class sedan.

Mercedes has confirmed that the EQE will come in two AMG forms. The first of which, the EQE 43 4MATIC, receives a dual-motor electric powertrain pushing out 250kW of power and 858Nm of torque.

The flagship EQE 53 4MATIC+ receives even more grin-inducing setup, with 460kW of power on tap and a monstrous 950Nm, which increases up to 505kW/1000Nm with the optional AMG Dynamic Plus package. It translates to a 0-100km/h sprint in 3.5 seconds.

We may see the Mercedes-AMG EQE range arriving as soon as this year, but don’t be surprised if deliveries first take place in Australia in 2023. 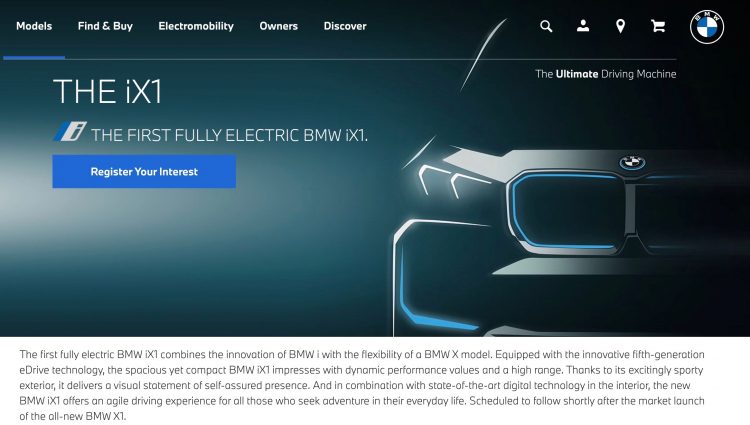 With BMW beginning to roll out electric powertrains into the majority of its heavy-hitters in the showroom, it was an inevitability that the X1 platform would receive the same treatment. Compact SUVs have proven to be major sellers in recent years, and BMW looks keen to capitalise on this popularity with the release of the iX1; an all-electric X1. Since the BMW Australia website currently has a special page (pictured above) previewing the model, it seems a given it will arrive here soon.

BMW is yet to confirm powertrain details, but reports suggest it will be offered with a single-motor design producing around 135kW as well as a dual-motor flagship developing around 185kW. Its bigger brother, the iX3, uses an 80kWh battery and a single motor to develop 210kW. We’re assuming BMW will purposely position the iX1 under that in terms of figures. 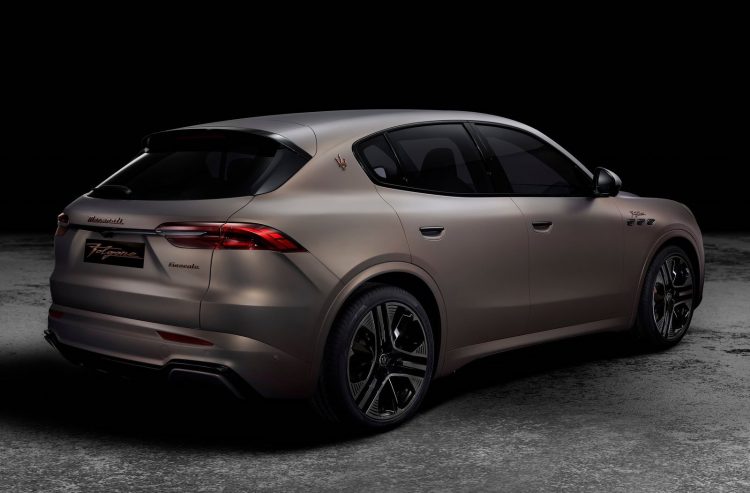 Maserati Grecale Electric – scheduled for some time in 2023

Maserati has confirmed its entry into the world of all-electric motoring with the upcoming release of the Grecale SUV, which will arrive in hybrid form in late 2022, followed by an all-electric version called the Folgore in 2023.

Maserati is taking the fight directly to its SUV rivals with a powerful dual-motor powertrain, which produces a claimed 500kW of power and 800Nm of torque. Power is supplied by a 105kWh battery pack with a 400V infrastructure.

This will translate to some seriously entertaining acceleration, while the driver and occupants are treated to a typically stylish Italian interior with no less than three digital displays. 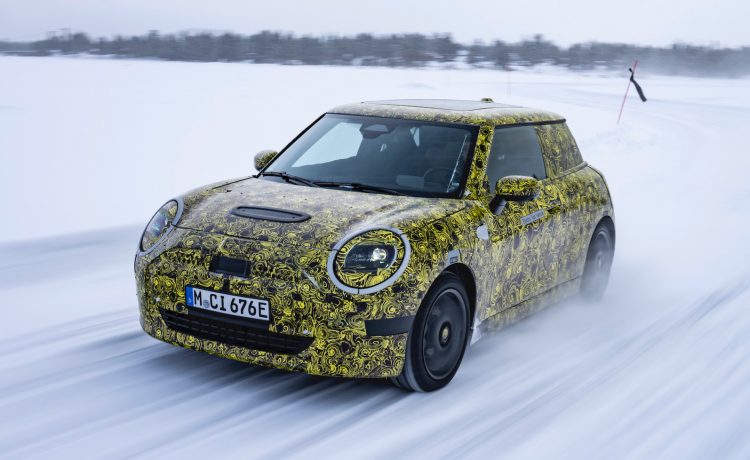 For its fifth generation MINI is gifting its iconic little hatch with a fully-electric powertrain. Prototypes have been put through the paces in some harsh winter testing in Lapland recently, ahead of its official launch in 2023.

The company remains tight-lipped as to electric motor and battery specs for the new MINI but has confirmed the three-door hatch will be the first to hit showrooms, followed by the MINI Countryman in both petrol and all-electric form.

We also know that MINI is working on its own unique take on the compact SUV platform, which for now has been codenamed ‘Aceman’, while the rumour mill is also spinning on the chance of an all-new convertible and more premium take on the compact hatch; both of which stand to receive all-electric flagship models. 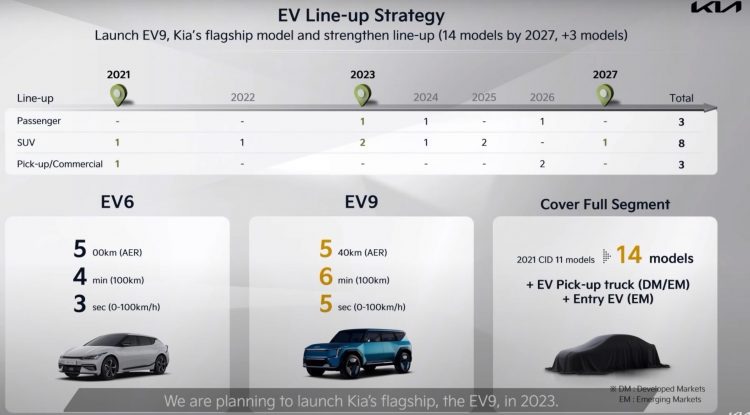 Recently, Kia gave us a snapshot of its future product lineup for battery electric vehicles, which outlined 14 new fully-electric vehicles by 2027, and the release of a large SUV by the name of the EV9.

This will likely prove a twin-under-the-skin to the Hyundai IONIQ 7 and in some ways the Genesis GV90, when it hits the road in 2023, measuring in at 5 meters long.

Kia says that we can expect to see a minimum range of 540km per charge, and fast-charging technology that translates to 100km worth of range in just six minutes using a quick DC charger. 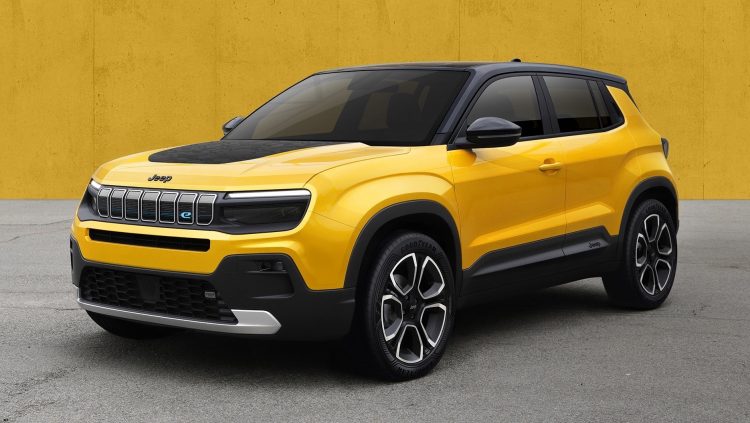 Jeep’s parent company, Stellantis, is holding no punches when it comes to transitioning to all-electric motoring, investing 30-billion euros into electrification. As a result, Stellantis will no doubt expect all of its subsidiaries to develop all-electric variants of their fan-favourites, and by the look of it, Jeep is no different.

While we don’t have any word yet on powertrain or battery specifics, we have seen the form factor that Jeep’s first-ever EV will take thanks to a design concept (pictured above), and can see that it’ll slip between the Compass and Cherokee in terms of size.

If it rides on Stellantis’s STLA Small platform, this could translate to a claimed driving range up to 500km, while the STLA Medium platform offers a targeted 700km range. But, these numbers remain theoretical at this stage as no specifics have been uncovered from Jeep yet. 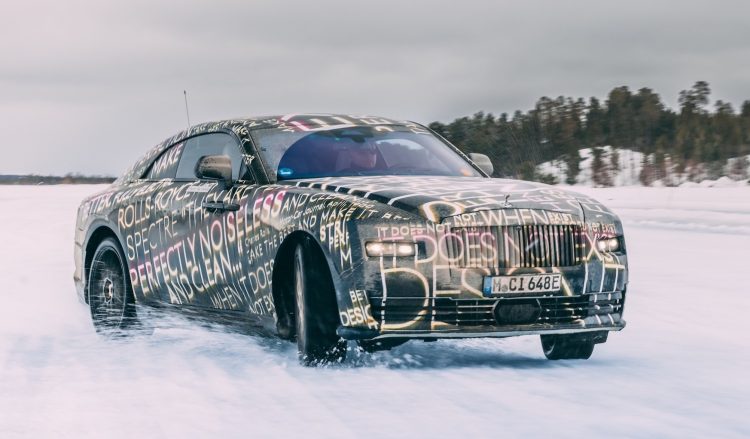 News of a new car release from Rolls-Royce is big news, which is why the automotive world was very much caught by surprise that it has plans to release its first-ever EV, the Spectre, in 2023.

Rolls’ has confirmed that it will stop production of its 6.75-litre V12 powertrain in favour of new engine technologies, and the upcoming Spectre will be a sign of what we can expect as it moves to sell only battery-electric vehicles by 2030.

Powertrain details of the Spectre remain unknown, however, it could use a dual-motor configuration fed by at least a 100kWh battery pack pushing out more than today’s internal combustion Rolls-Royce Wraith that produces 465kW/870Nm. 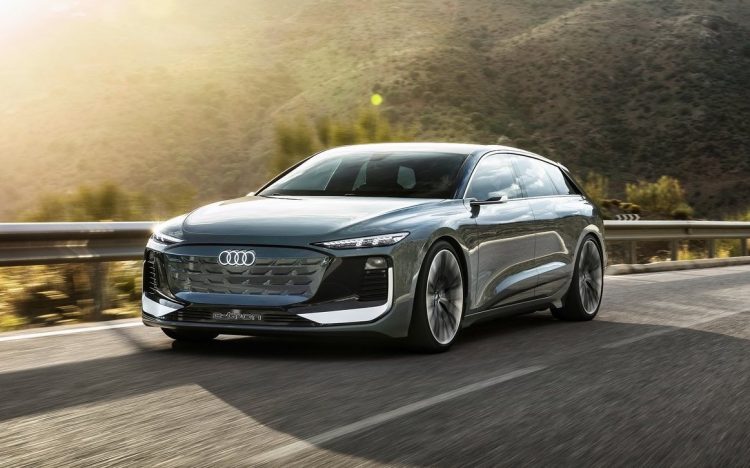 Just a few weeks ago our jaws dropped when Audi released a concept version of what its A6 e-tron could end up looking like, both in Sportback and Avant form.

While those photos were indeed just a concept, it’s widely expected that Audi is planning to introduce an all-electric take on the A6 in the near future. The concept featured a dual-motor configuration pushing out 350kW of power and 800Nm of torque, and rode on Volkswagen’s PPE platform; a specialised EV layout that actually exists, suggesting it might not be too much of a stretch to produce in a relatively short period of time.

As a result, we could expect to see an all-electric A6 landing here in Australia as soon as next year, if not 2024. 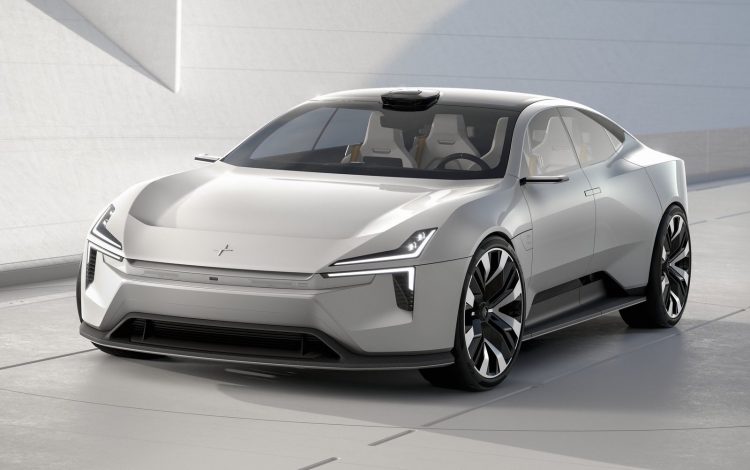 With the Polestar 2 already on the road, and the Polestar 3 and 4 approaching their market launch within the SUV segment, the company has big aspirations for EVs.

For now, not much is known about the Polestar 5, other than the fact the company is hoping to knock over rivals like the Tesla Model S, Porsche Taycan and Mercedes EQE with its own take on the premium grand tourer.

Expectations are high, especially considering that Polestar has doubled its R&D team in the UK which has created a new bonded aluminium platform specifically for the Polestar 5, adding to the potential range and, of course, the performance. 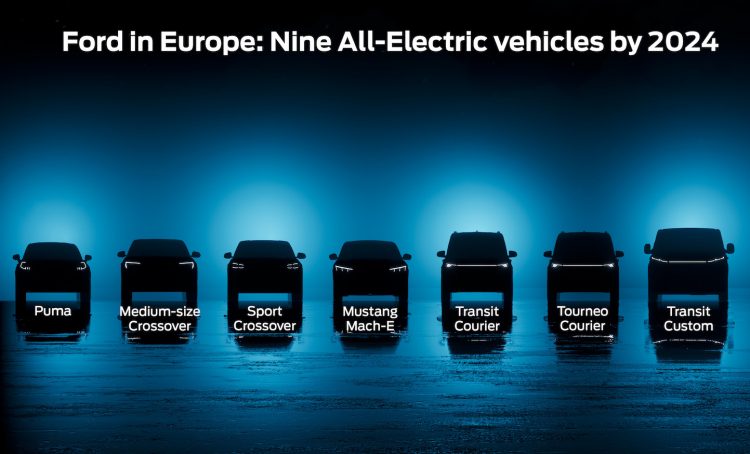 Just a few weeks ago, Ford lifted the lid on its plans to introduce nine new electric vehicles by 2024, which included an all-electric medium-sized crossover SUV and an electric version of the Puma small SUV.

Details on the all-electric Puma are incredibly scarce, but if we had to guess, we’d expect to see a range figure aimed more at short-distance city-dwellers than long-distance tourers. So, somewhere in the area of 350kms per charge, with an affordable price tag to match.