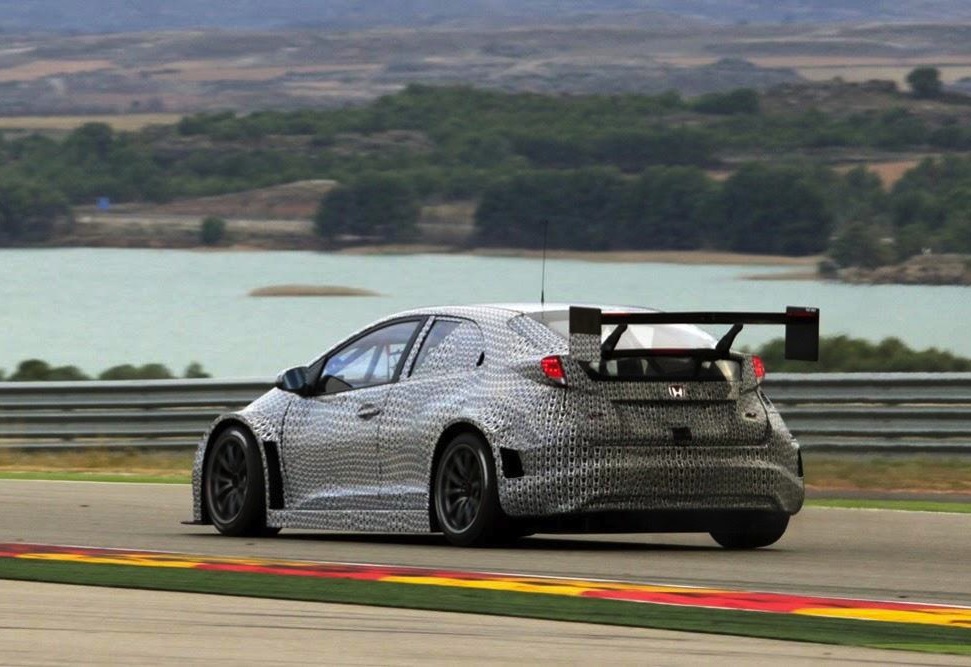 Honda has revealed an almost ready-to-race 2014 Honda Civic WTCC race car which will compete in this year’s season. The compact racer showcases a distinct wide-body theme with massive aero parts. 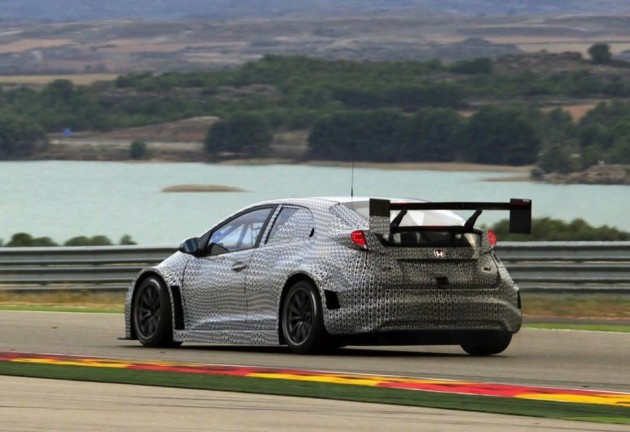 The car is still under testing and final preparations before it kicks off the season. Here it is seen at the Aragon circuit in Spain wearing camouflage-style paintwork.

Honda will be making up a decent chunk of the field this year, with Castrol Honda World Touring Car Team, JAS Motorsport, and Zengo Motorsport all running their own versions of the car. 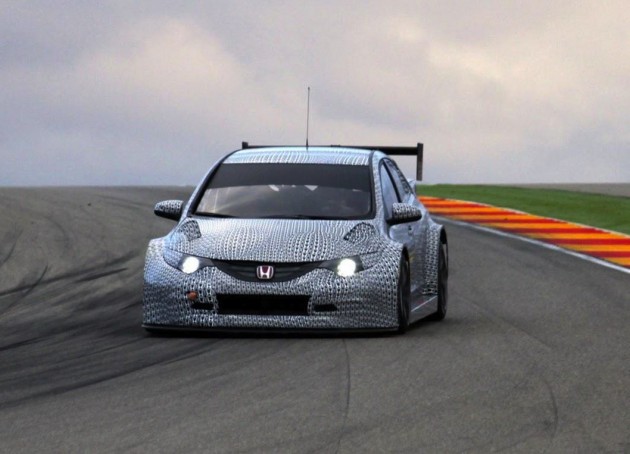