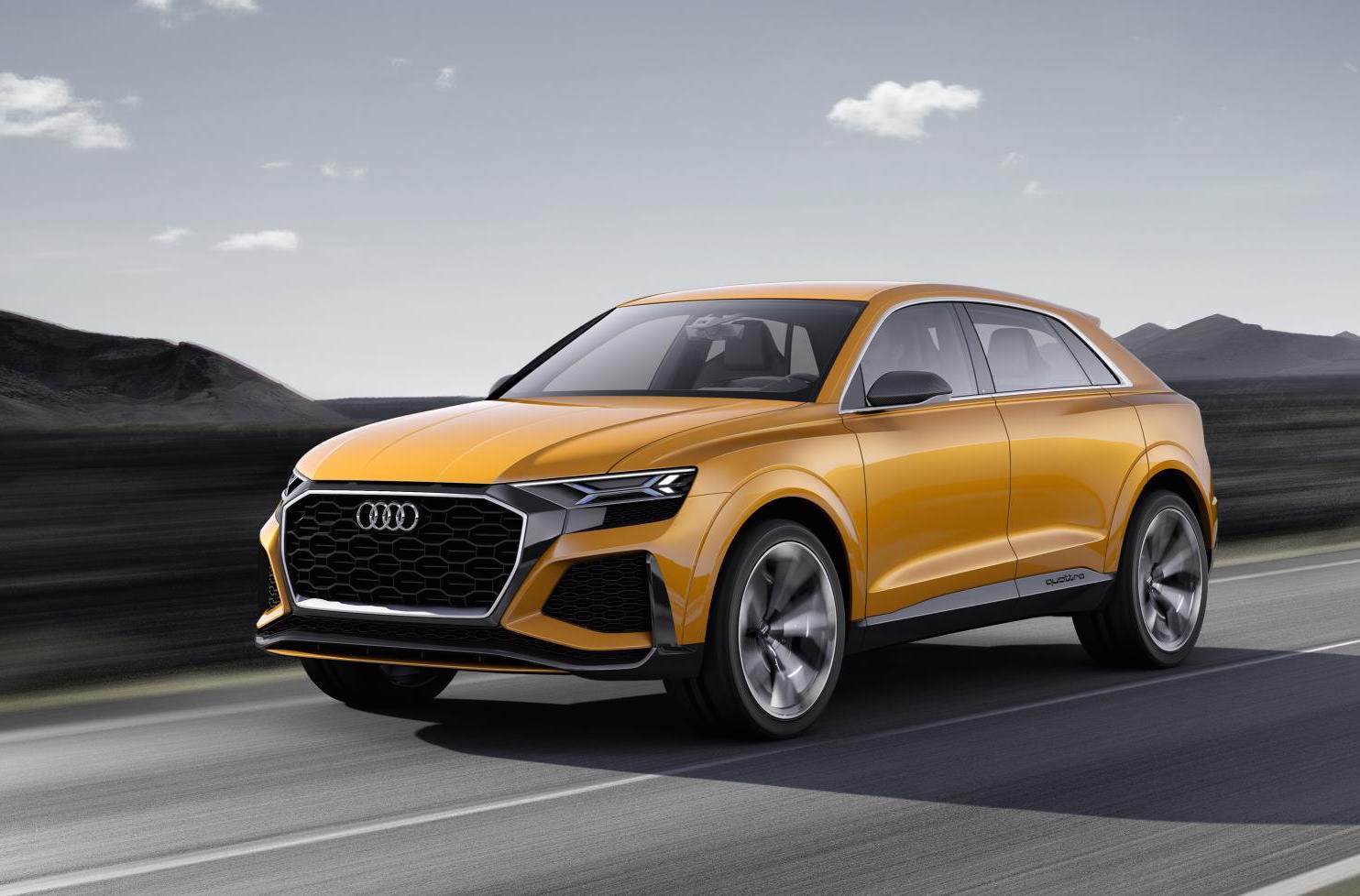 A second Audi Q8 concept has been rolled out at the 2017 Geneva Motor Show, with a more performance-oriented emphasis than the walrus-like Detroit Q8 concept shown in January. 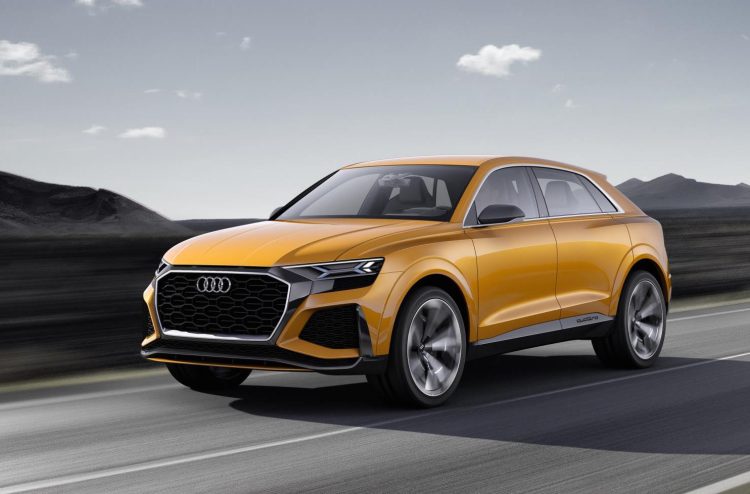 The Q8 Sport Concept, like its forebear, features a 3.0-litre twin-turbo V6 hybrid but is finished in bright orange, rather than blue paintwork and features a crosshatch grille instead of confronting vertical strakes. Wheels are 23-inches in diameter, with 305/35 aspect tyres. Unfathomably huge 508mm carbon ceramic discs lurk innocuously behind them.

The V6 has been uprated to 331kW and 530Nm, thanks to the addition of the SQ7’s 48-volt electrical system and electric compressor that spins at up to 70,000rpm. This is supplemented by a 20kW electric motor that sits in front of the eight-speed automatic’s torque converter. 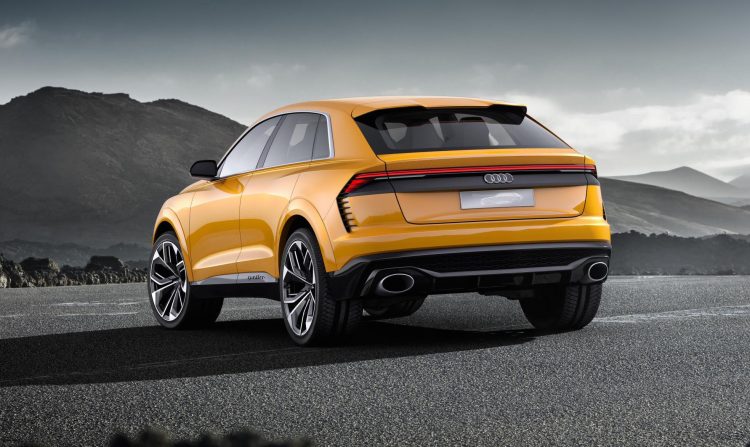 A slimline 0.9kWh lithium-ion battery pack sits in the boot, with the electric motor able to move the car for stop/start traffic and parking maneouvres.

Claimed performance is 4.7 seconds for 0-100km/h and a top speed of 275km/h. An astonishing 1200km of range is promised thanks to an available 85-litre fuel tank. Audi’s Rupert Stadler says:

“The drive system of the Q8 Sport Concept is a major step towards optimizing efficiency. The combination of mild hybrid technology and combustion engines sets a new benchmark. In the future, it will be used in many Audi models.”

The Q8 Sport Concept is expected to become an ‘SQ8’ when it hits production.